NASA’s Exoplanet Exploration Program has added a new experience enabling the public to tour an exoplanet that has lava oceans. The new 360-degree experience centers on 55 Cancri e, which has also received its own Exoplanet Travel Bureau poster. As with NASA’s other creative posters shared in the past, anyone can download a high-resolution version of the latest lava world image.

NASA’s fun Exoplanet Travel Bureau, which introduces the public to a number of other worlds outside of our solar system, has a 360-degree visualization tool open to the public. This tool features 360-degree experiences showing a 3D version of what scientists believe each world may look like. In this case, 55 Cancri e is full of lava. 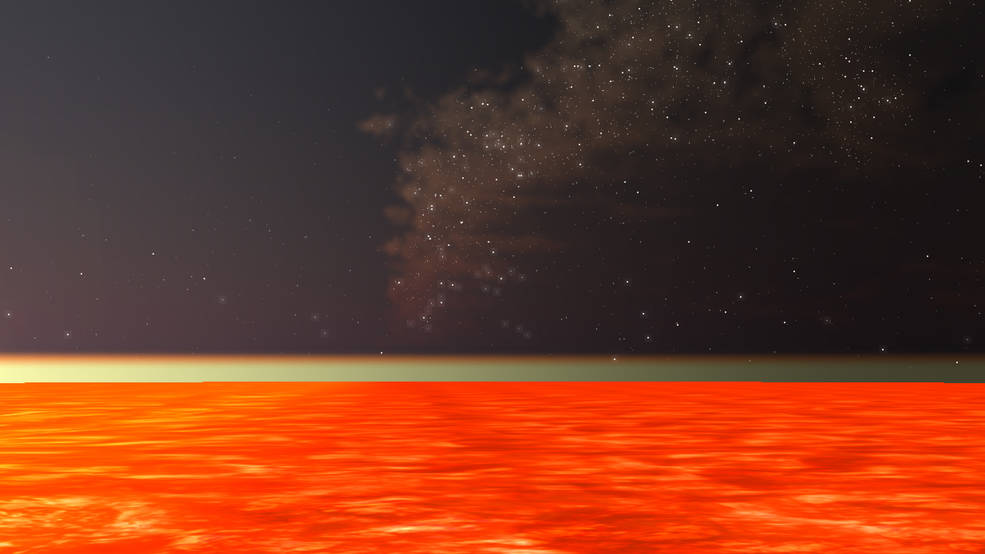 The tool works directly in a web browser, where users are positioned over the exoplanet’s (possibly real) lava oceans. A sky full of twinkling stars is visible over the planet’s surface, as well as a big fiery star. NASA says the visualization can be accessed on both desktop and mobile, as well as with virtual reality goggles that use smartphones.

The massive star in the background appears gigantic, but its size is due to its close proximity to 55 Cancri e — it is 65 times closer to the exoplanet than the Sun is to Earth. On the exoplanet’s side facing away from the star, NASA explains that the cooler temperatures might result in silicate vapor reflecting the lava oceans in the clouds.

In addition to the new lava world tour, NASA offers the Eyes on Exoplanets 2.0, which users can operate to travel the galaxy for virtual visits to almost all of the 4,000 currently known exoplanets. Each planet is presented in 3D and is contrasted with Earth to put its size in perspective. Users are also shown how many light-years they are from Earth, how long it would take to get there using different types of transportation, and more.