NASA has been putting wheeled rovers on the surface of Mars for years now to explore the surface of the planet. NASA is pretty sure that some of the targets for future exploration have liquid oceans under thick ice sheets. That water is one of the most likely locations to find life outside our planet.

Exploring these aquatic environments takes a very different sort of rover than NASA uses on Mars. The rover that the agency is testing is called BRUIE or Buoyancy Rover for Under-Ice Exploration. The rover is being developed by a team at JPL in Pasadena.

The goal of the team working on BRUIE is to create a rover that can operate in the subsurface waters of moons like Europa and Enceladus, beneath ice sheets that are 6 to 12 miles thick. The rover is currently testing in Antarctic waters because they are as close as we can get to the extraterrestrial waters. The rover can maintain its position by using buoyancy to remain anchored against the ice, and it’s said to be impervious to most currents. 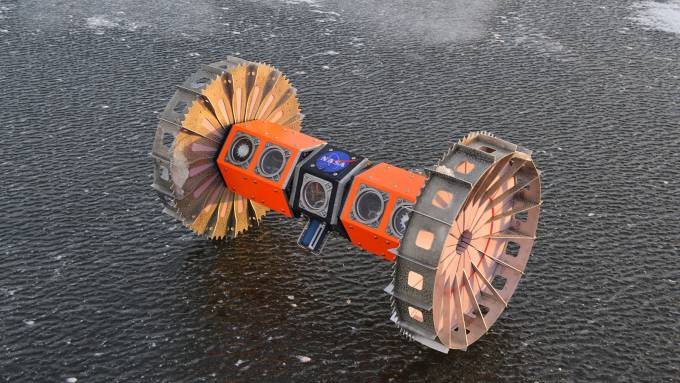 The rover can power down and only activate when it needs to take a measurement. In testing, the rover stayed tethered to the ice as the team used its instruments, including a pair of HD cameras. The rover had previously been tested in Alaska and the Arctic; this is its first test in Antarctica.

The team traveled to the seashore near Casy station, where they drilled holes in the ice to submerge the rover. The team will continue to work with BRUIE under the ice until it can survive for months at a time, remotely navigate without a tether, and explore the ocean at greater depths.