NASA talks about where moon trees ended up

One of the most impressive eras in space exploration happened decades ago when NASA conducted the Apollo missions sending humans to the moon for the first time. NASA fans might not know that as part of the Apollo 14 mission with Alan Shepard and Edgar Mitchell, a third astronaut, Stuart Roosa, stayed above the moon in a command module and had hundreds of tree seeds amongst his personal things.

During the mission, the seeds were classified and sorted, and NASA left control seeds on Earth to be a comparison. While the mission started with about 500 seeds for different tree species, the container burst open, leaving many of them unfit for the experiment. The seeds orbited the moon 34 times before returning to earth, where they were eventually planted in different spots worldwide.

NASA refers to them as “Moon Trees,” and there are 83 of them total, most in the US, two in South America, and one in Europe. The collection of trees includes redwoods, Douglas firs, sycamores, sweet gums, and loblolly pines. However, about one-third of the moon trees have died since they were planted in the 70s.

Many of the seeds were originally planted as part of the nation’s bicentennial in 1976. The tree in the image below is one of the moon trees and is a sycamore planted in 1975 at Mississippi State University. After the seeds returned from space, they were handed over to the US Forest Service to watch over until they sprouted. Some weren’t planted until years after the mission. 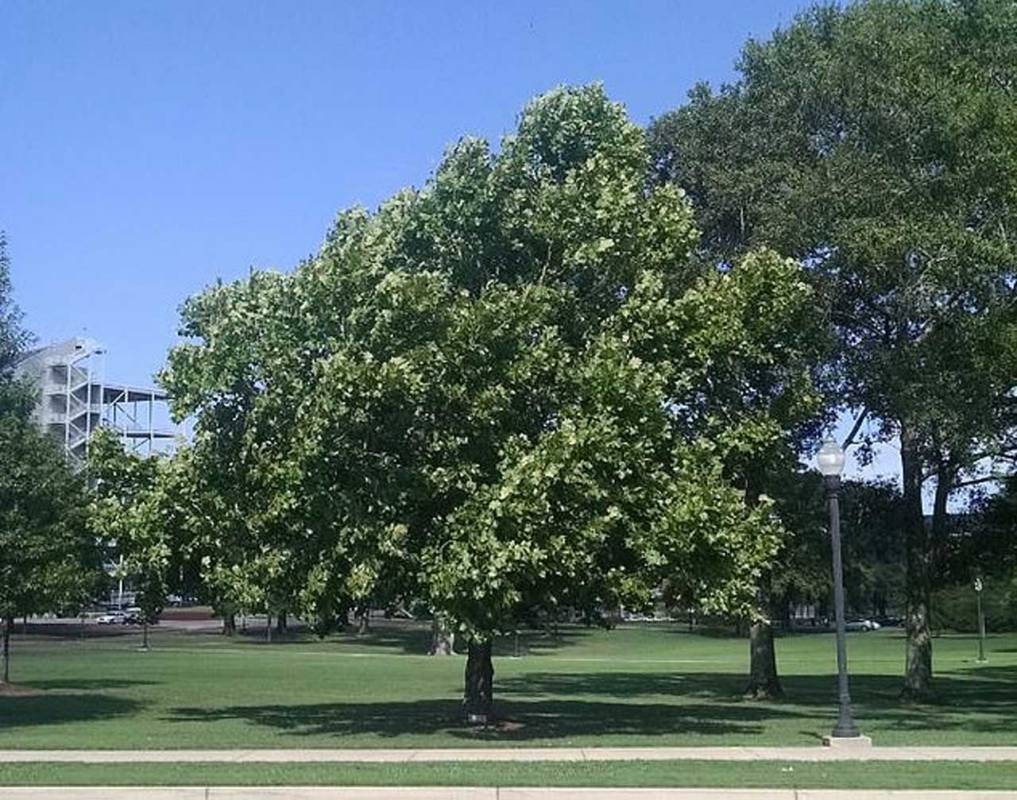 Over the years since the seeds were planted, many forgot they existed. In 1996, former astronaut David Williams made a personal mission to find and catalog all the trees. He started off with a list of 22 Moon Trees, then tracked down 80, but 21 died. Williams did say that the trees that died likely died of causes having nothing to do with their time in space.