While one team at NASA works hard to prepare for the upcoming launch of the space agency’s new Perseverance rover, another continues to manage NASA’s existing Curiosity Mars rover mission…from home. The change in the workplace is the result of the coronavirus pandemic, which has forced huge numbers of people to work in isolation from home. NASA recently shared some images of its Curiosity team’s new offices.

As of March 20, NASA says that no one was present at its Jet Propulsion Laboratory due to social distancing efforts. The Mars Curiosity rover mission is based at JPL, meaning the team behind the effort was working from home. According to the space agency, the team had started planning weeks ahead of time to work remotely, including distributing the equipment that would be needed to work from home.

NASA explains that a number of big adjustments were necessary as part of this transition, including the need to accommodate less powerful hardware. The space agency says that programming new Curiosity commands usually involves many people gathered together in a single room, but now these tasks must be performed over video chat and messaging apps. Fewer commands can be sent to the rover per day. 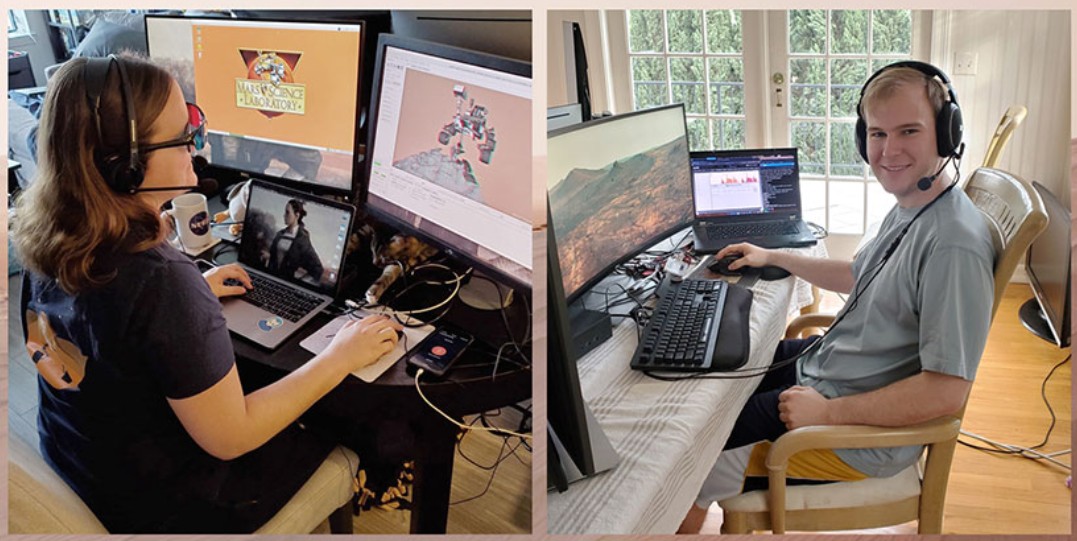 The team is getting used to the big change in the workplace, according to the science operations team chief Carrie Bridge. ‘It’s classic, textbook NASA,’ she said through the space agency, explaining, ‘We’re presented with a problem and we figure out how to make things work.’

Some tasks have required unique solutions, according to NASA, which explains as one example that Curiosity’s team has had substitute special 3D goggles with simple, old school red-cyan 3D glasses. This, the space agency explains, is due to the less powerful computers available to the team while they work from home.