NASA seems to always be taking images of some spectacular sights in the universe around us. A series of objects were photographed in deep space that look like wisps of green smoke. NASA thinks that these green wisps are incredibly long gas tails that stretch tens of thousands of light-years long. The tails of gas are being stretched by gravitational forces that are remains of galaxies that merged a very long time ago.

The strange wisp-like shape of the material left being are believed to be glowing thanks to quasars that have faded away. The quasar would have been formed out of disks of superheated gas that glows brightly as it encircled a supermassive black hole at the center of a host galaxy. 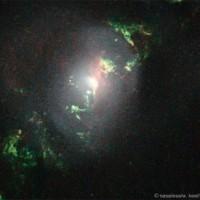 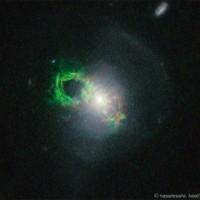 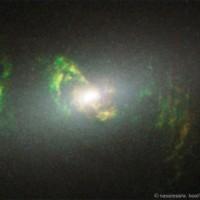 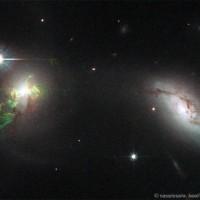 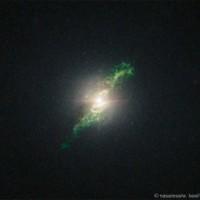 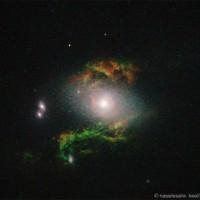 The black hole would have slurped up the material around it, superheated it, and expelled energy back into space. That radiation streaming out of the black hole illuminated the green shapes that the Hubble Space Telescope snapped images of floating in space.

It’s unclear exactly how long ago these photos were taken. The ghostly shapes are very beautiful and are much larger than they appear in the photos.