NASA’s Perseverance rover launched for Mars in late July, carrying with it a small helicopter and a suite of instruments to increase exploration of the Red Planet. The mission has logged more than 146 million miles since then, putting it exactly halfway to its Martian destination, according to the space agency. Assuming everything goes according to plan, Perseverance will arrive at Mars in mid-February.

The Perseverance rover launched on July 30 after months of work — and, as of today, it has traveled 146.3 million miles, the exact distance it still has to travel to reach the Red Planet. The rover is scheduled to arrive at its destination on February 18, 2021, at a blistering speed of 11,900MPH.

The new mission milestone was announced by NASA Jet Propulsion Laboratory’s Julie Kangas, one of the navigators participating in the mission. Kangas said in a statement:

At 1:40 p.m. Pacific Time today [October 27], our spacecraft will have just as many miles in its metaphorical rearview mirror as it will out its metaphorical windshield. While I don’t think there will be cake, especially since most of us are working from home, it’s still a pretty neat milestone. Next stop, Jezero Crater.

NASA explains that Perseverance isn’t traveling a straight line to Mars, but rather is taking a curved route as influenced by the Sun’s gravitational influence. For this reason, the rover may have traveled half of the route to the planet, but it isn’t located precisely between Mars and Earth. The space agency notes that the rover is still in excellent condition. 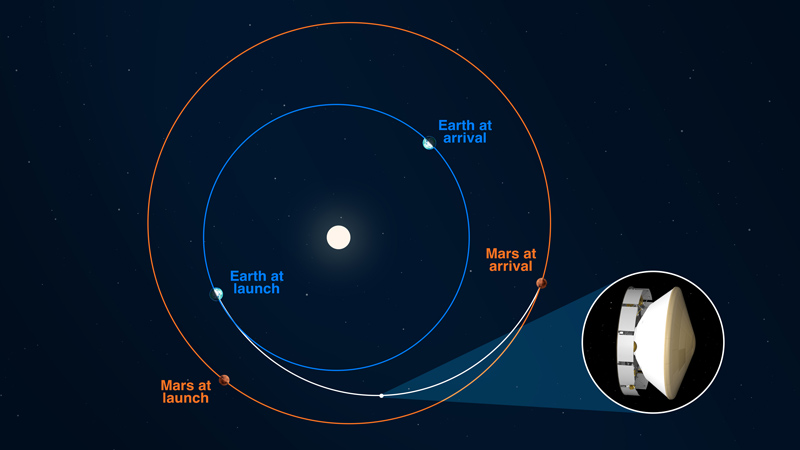