NASA plans to take a sample from the asteroid Bennu next year, but it must choose the best spot for the mission before it instructs its spacecraft to descend. In an announcement this week, NASA revealed the final four candidate sites it has selected for this sample mission, each of which has been named and will be studied over the next four months.

NASA is observing the asteroid Bennu using its OSIRIS-REx spacecraft, which arrived at the destination in December 2018. OSIRIS-REx has mapped the entire surface of the asteroid so that researchers on Earth can evaluate it for the best potential sample locations. Four have been named: Kingfisher, Osprey, Nightingale, and Sandpiper.

According to NASA, each of these four sites have favorable conditions for ORISIS-REx to approach the surface and collect a small sample. Now that they have been selected, scientists will study each location and decide on two final sites, the primary and the backup, to be revealed in December. 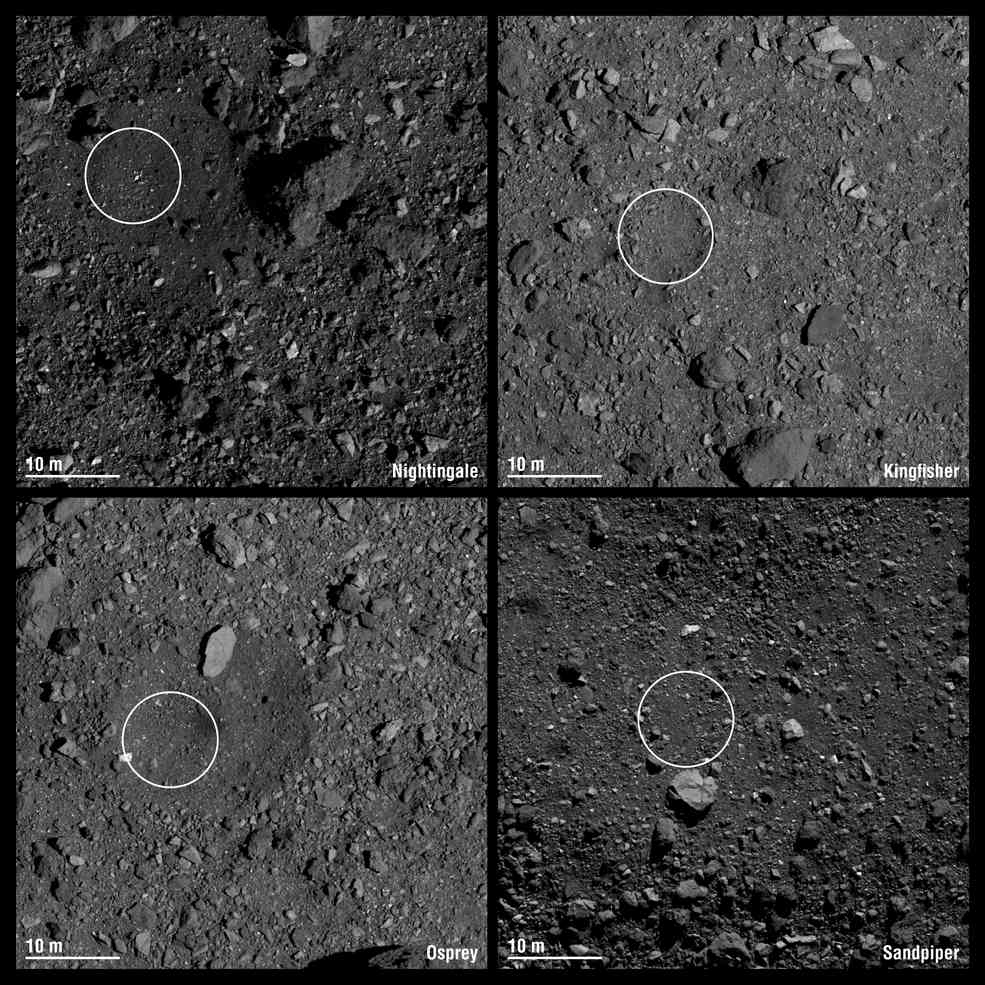 The space agency says that the OSIRIS-REx mission team had planned to have already selected the final two sites by now; Bennu’s particularly rocky surface delayed the effort, however. Due to the way it was built, the spacecraft will need to take a sample of fine material measuring less than an inch across.

The team was able to find four sites where it would potentially be safe for OSIRIS-REx to approach and where the materials are small enough to collect. This will be tricky, NASA says, because Bennu doesn’t have any boulder-free sites as large as scientists had anticipated (82ft). For this reason, the spacecraft will be forced to collect the sample from a boulder-free region with a radius as small as 16ft.