Following spacecraft Cassini’s flyby of Saturn’s moon Enceladus on October 14th, NASA has released the first photos of the satellite’s north pole region. While more photos are still being transmitted to Earth over the next few days, these first photos reveal the best and closest look at the frozen ocean-covered Enceladus thus far. Wednesday’s flyby saw Cassini get within 1,142 miles (1,838 kilometers) of Saturn’s moon, the closest its been since arriving at the planet in 2004.

While it was Cassini’s 20th flyby of Enceladus, NASA says this was the first time it got a look at the north pole region. The photos reveal a cratered surface, similar to our own moon, which NASA expected, but what came as a surprise were the spider-web like cracks that spread across the region. 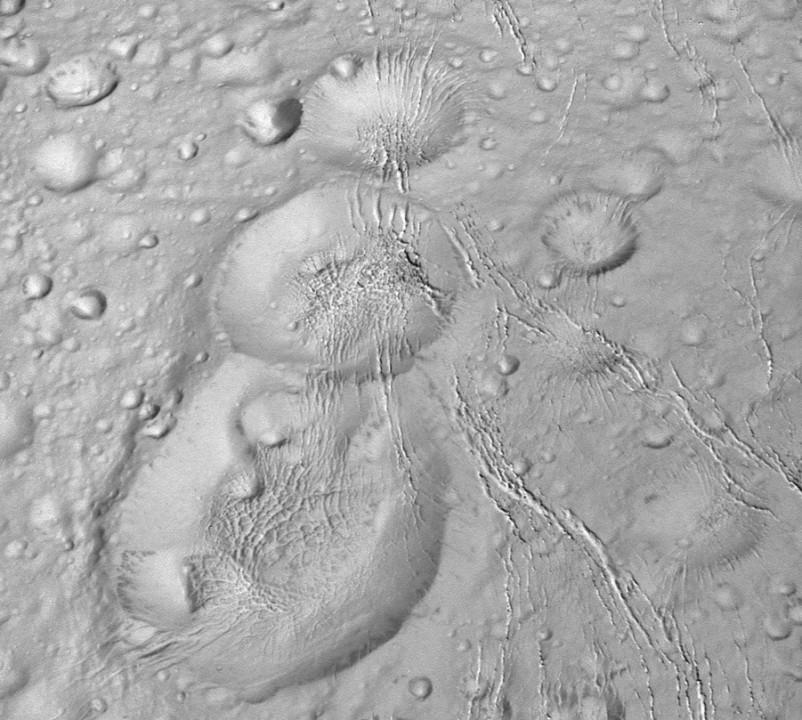 A handful of the images can be seen on this page, but NASA has the full gallery of images that have arrived so far right here. 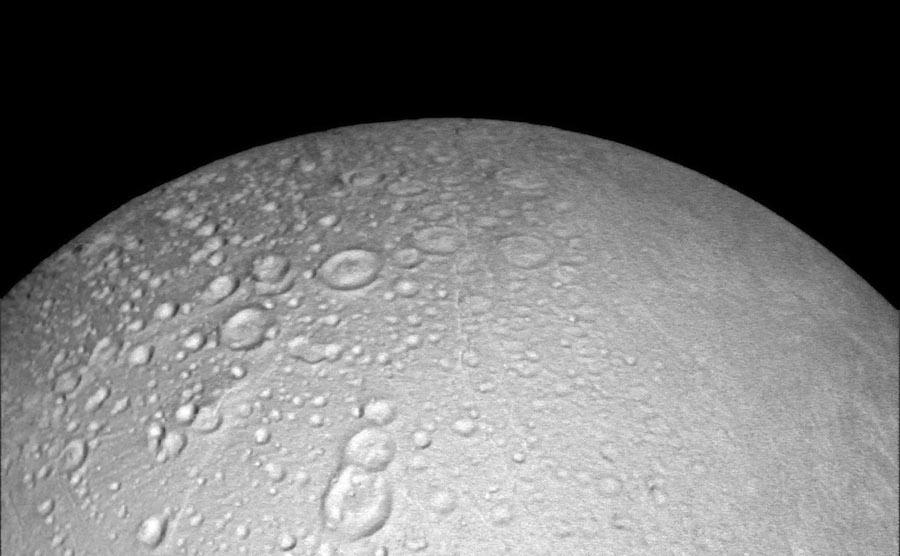 Cassini will conduct two more Enceladus flybys before the end of the year. The next is on October 28th, and will see the probe come within just 30 miles of the moon, while the last will be December 19th, but from a distance of 3,106 miles. Those will be Cassini’s final encounters with Enceladus, as the final two years of its mission will spent in other parts of Saturn’s part of the solar system.