The X-57 is only a single-seater plane, making it more impressive how all those motors could fit on such thin wings. While all 14 are used during take-offs and landings, once the plan is in the air it only uses the two larger motors — one at each wing tip — to fly at cruising altitudes.

The electric motors run on batteries, which in turn are charged with solar cells while the plane is on the ground. NASA hopes that this motor layout will cut the amount of energy needed to fly at a cruising speed of 175mph by five times. 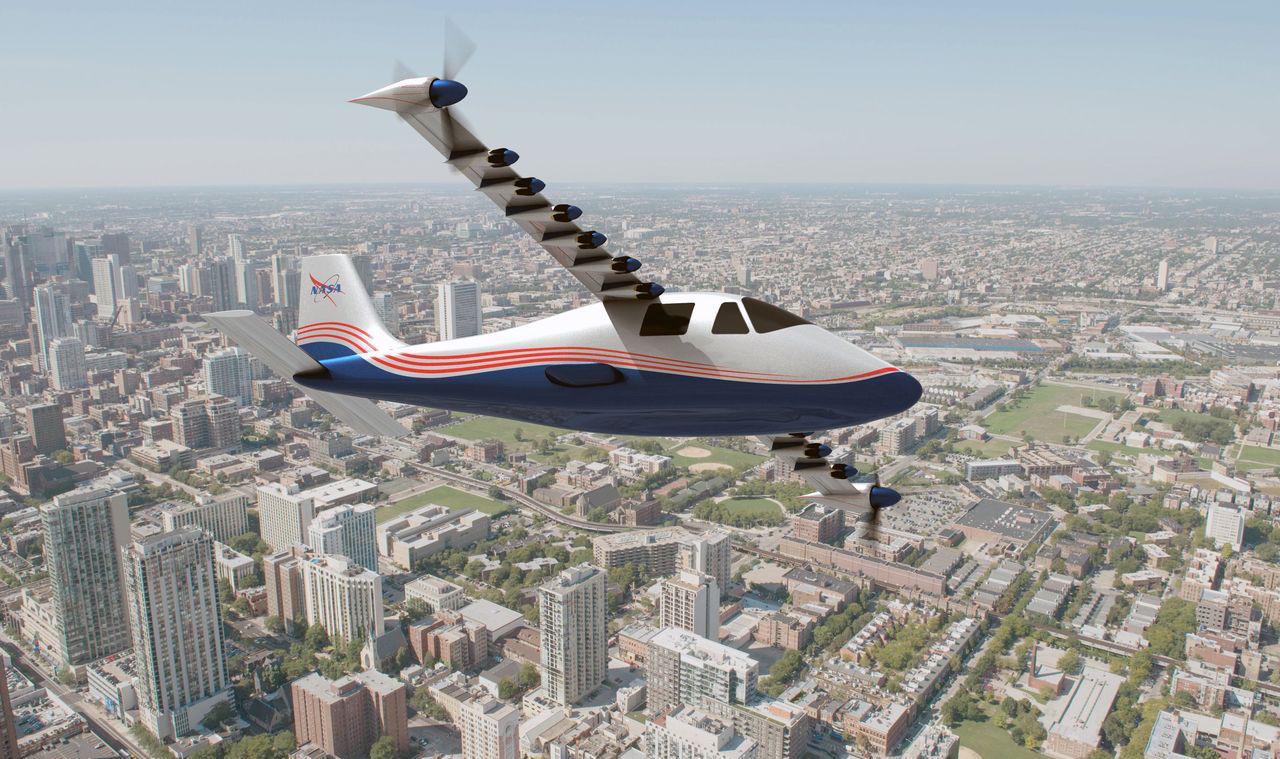 “With the return of piloted X-planes to NASA’s research capabilities – which is a key part of our 10-year-long New Aviation Horizons initiative – the general aviation-sized X-57 will take the first step in opening a new era of aviation,” said NASA Administrator Charles Bolden in an announcement.

The New Aviation Horizons initiative is NASA’s 10-year plan to create new X-planes that rely on renewable energy, and reduce the fuel used and noise made by commercial aircraft by at least half. The X-57 will go through testing for the next 4 years, afterwards NASA will investigate designing larger electric aircraft that can carry more passengers and possibly cargo.