We’ve been following the terrifying sounding but mostly harmless solar flare as summoned up by the Sun’s most recent solar storm as it hits the Earth in a dazzling display across the Northern half of the hemisphere. What NASA has posted in regards to the situation is not one, but two views of not the Earth, but the Sun as it flares up early this week. Photos of the aurora collection going on constantly for the past couple of days have been popping up across Flickr as well, a few choice slides provided for you here as well.

The first video you’re going to see is a lovely black and cyan/teal view of the Sun as viewed by the Solar Dynamics Observatory on the 22nd of this month. SDO’s view of what’s called the M8.7 Solar Flare is shown in the 131 Angstrom wavelength, a wavelength commonly used to view nothing less than solar flares on the regular. The flare itself, they note, began on the 22nd of January at 10:38 PM ET, peaked at 10:59 PM that same day, and ended at 11:34 PM.

The next video you may have seen still images of before as they’ve often accompanied stories surrounding the storm this week, it showing the recognizable orange Sun in all its glory. This video was also captured by the Solar Dynamics Observatory, this time in 304 angstrom. It was with this discovery that the world found that an Earth-directed CME, or Coronal Mass Ejection, was accompanying the flare.

Then from photographers appearing to mostly be in Norway we’ve got the Northern Lights flaring up like wacky waves of colorful fabulousness. Auroras galore from magnussveinsson, Runólfur Hauksson, Harpa Hrund, Sigurjón J. Sigurðsson, and Per Ivar Somby. 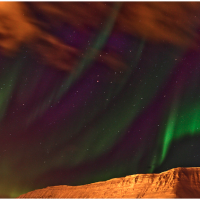 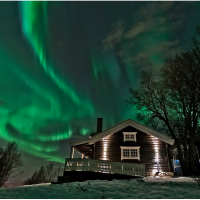 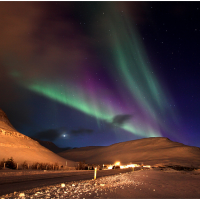 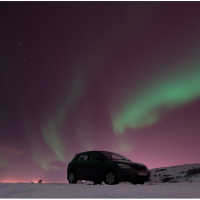 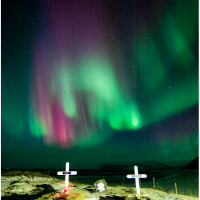 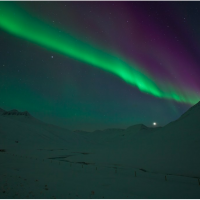