NASA/JPL has been behind the building of some of the coolest rovers ever to roll on the surface of Earth and elsewhere. Rovers will continue to be a big part of exploring our solar system and NASA wants to encourage students, hobbyists, and enthusiasts to work on rover technology. To that end, it has unveiled the JPL Open Source Rover (OSR)

OSR is a scaled down version of Curiosity that has similar 6-wheel steering and Rocker-Bogie suspension allowing it to roll over most terrain. JPL has published the design of the OSR under an open source license on GitHub allowing anyone to download the baseline instructions and test plans to build their own rover. The instructions are said to be quite detailed and to allow the builder to make their own design choices.

The plans allow the builder to decide what controllers to use, to add USB cameras or solar panels, builders can also attach science payloads. The base design offers enough headroom in the power system and computation to allow customization and to let builders toy with different hardware and software principals in the build.

JPL says that test builds of the design have already been built in classes leading to assorted designs, ideas, and solutions to problems. The coolest part is that JPL says that tech developed by builders of the rovers could be used in some way on future missions on Earth and in space. 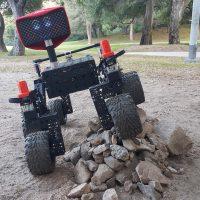 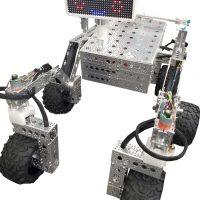 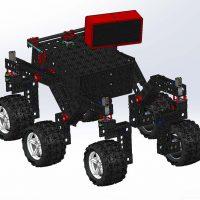 JPL says that universities might one day launch their own rovers. JPL wants the community to contribute improvements and additions to its base design. Science geeks in high schools and universities around the world should be thrilled by this idea.