The NASA Perseverance Rover has a device aboard called MOXIE that will convert the air available on Mars into oxygen. The device is a test, and if the technology was used on a larger scale could produce oxygen for humans to breathe on the Red Planet and could be used for rocket fuel. NASA knows that one of the most challenging parts of putting people on Mars will be getting them off the planet and back to Earth.

Two get a crew for off Mars would require 55,000 pounds of oxygen to produce thrust from 15,000 pounds rocket fuel. Rather than send all of the oxygen needed from Earth to Mars, scientists want to enable the astronauts to create the rocket fuel on Mars. MOXIE is a first-generation oxygen generator meant to test technology that could create the required oxygen.

MOXIE stands for Mars Oxygen In-Situ Resource Utilization Experiment and is an experiment that is entirely separate from the Perseverance’s primary science mission. One of the main missions of Perseverance is to recover rock samples that can be returned to earth that might have signs of ancient microbial life. MOXIE is focused on the engineering required for future human exploration efforts. 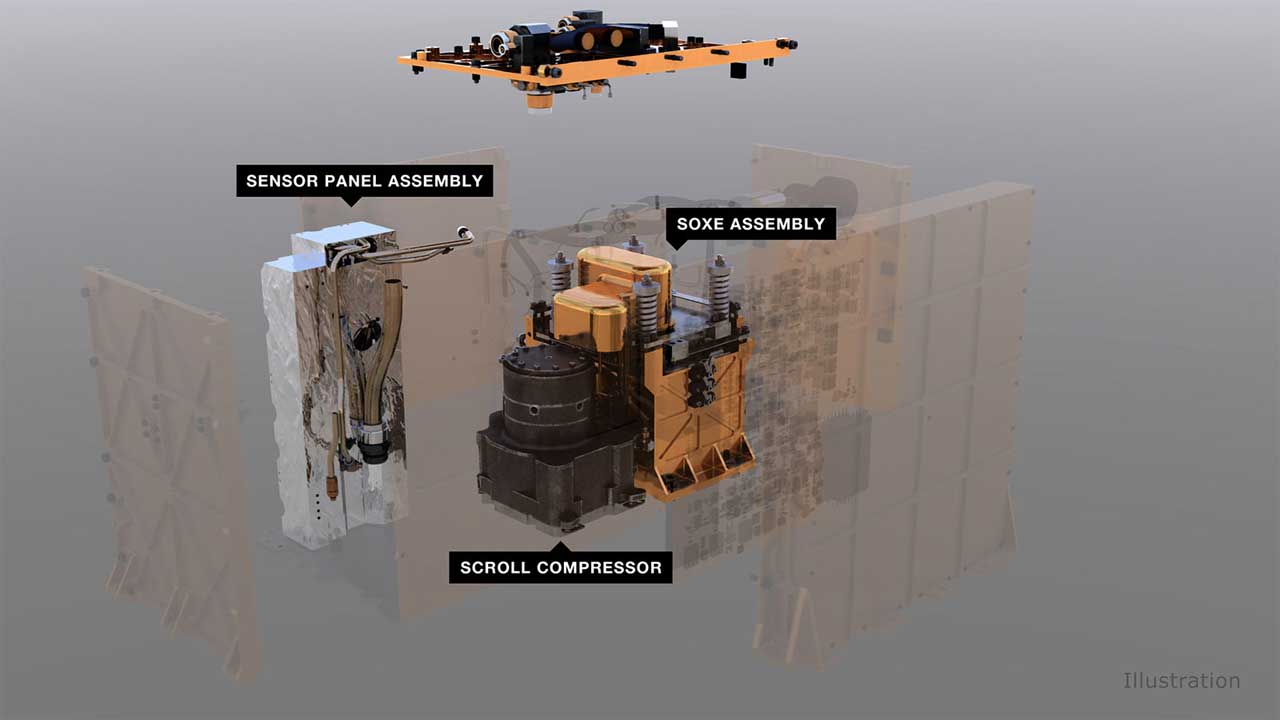 The principal investigator of the MOXIE device is Michael Hecht from MIT. He says that rocket propellant is the heaviest consumable resource astronauts on Mars will need. Being able to produce oxygen at the destination would make the first crewed trip to Mars easier, safer, and cheaper. It will be a challenge to create oxygen on Mars since the Martian atmosphere is only one percent as thick as the atmosphere here on Earth and is 95 percent carbon dioxide.

MOXIE pulls in air using a pump and then uses an electrochemical process to separate two oxygen atoms from each carbon dioxide molecule. As the gases flow through the system, they are analyzed to check how much oxygen has been produced, how pure it is, and how efficiently the machine operates. After each experiment is run, all the gases are minted back into the atmosphere.