The image below is of the solar chromosphere and was taken in 1999 during a total solar eclipse. The red and pink hues seen around the edges are created by light emitted by hydrogen. The bright colors are what gave the chromosphere its name, “chroma” means color in Greek. Scientists have known about the chromosphere for over a century, yet it still one of the most mysterious layers of the Sun’s atmosphere.

For the first time, NASA has looked into the chromosphere of the sun using three different missions to return multi-height measurements of the solar magnetic field. Measurements were captured by a pair of satellites and the NASA CLASP2 mission. CLASP2 was aboard a small suborbital rocket, and data from all three missions helped NASA show how magnetic fields on the Sun’s surface create brilliant eruptions in its outer atmosphere. 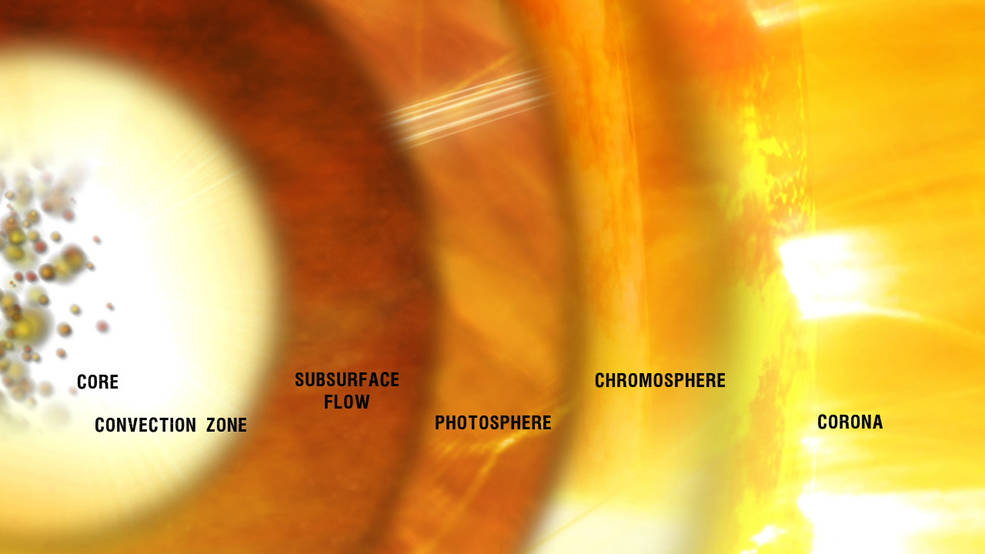 Observing the chromosphere is difficult because magnetic field lines rearrange in ways that are hard to anticipate. To make its observations, CLASP2 was launched from the White Sands Missile Range in New Mexico and traveled to an altitude 170 miles above Earth’s surface. At that height, it was able to view the Sun from above the Earth’s atmosphere, which blocks certain wavelengths of light.

Making observations alongside CLASP2 were the NASA IRIS and the JAXA/NASA Hinode satellite that both watched the sun from Earth orbit. All three missions focused on the same part of the sun, looking at different depths. Hinode focused on the photosphere while CLASP2 targeted three different heights within the chromosphere, and IRIS measured magnesium lines in higher resolution to calibrate CLASP2 data. The result was the first multi-height map of the chromosphere’s magnetic field.