Over the past few weeks we’ve been watching NASA’s work with their newest Mars Rover to make its way to the red planet. Three hundred and fifty million miles away from Earth, Curiosity landed on the planet after having worked through the sequence outlined by the group over the past few weeks. This mission was launched on the 26th of November, 2011, and has make its landing here on the 5th of August, 2012 with flying colors.

The entire sequence of events went exactly as planned as NASA live-streamed the entire event via their own set of feeds pushed through USTREAM. Of course one of the most interesting subjects surrounding this whole event was the delay between when the ship nears the atmosphere and when the actual rover touches down on the planet. Three ships have moved toward, past, and/or into Mars, those being named MRO, Odyssey, and MSL. The MSL unit is the one that contained Curiosity, and both Odyssey and MRO were sent to collect information about the landing of MSL’s payload – again, Curiosity. 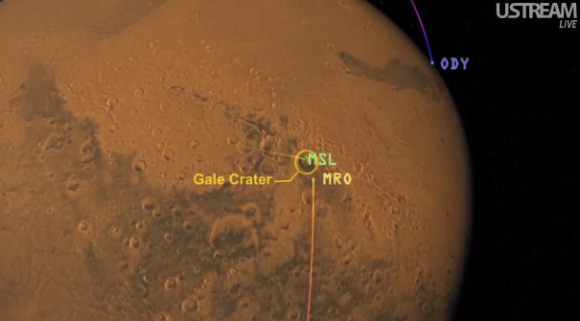 Heartbeat Tones, as they’re called, let the crew know that all was well, and inside the “7 Minutes of Terror” tensions were high. Of course no matter how well prepared a crew such as this could have been, tensions would have been through the roof. Months of preparation and millions of dollars were already in the project and all there was to do inside the last set of minutes was wait. 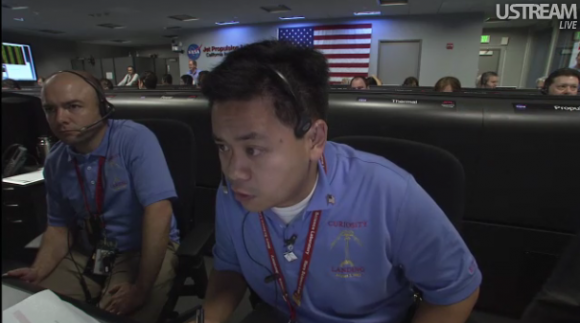 “We have venting” – cruise Stage Separation – five minutes to entry – all was going well, it seemed.

And for 7 full minutes there was barely a sound save for the brief reports – then it happened. “We are processing data from the Odyssey. We have a connection but we don’t have any data yet. There we go.” 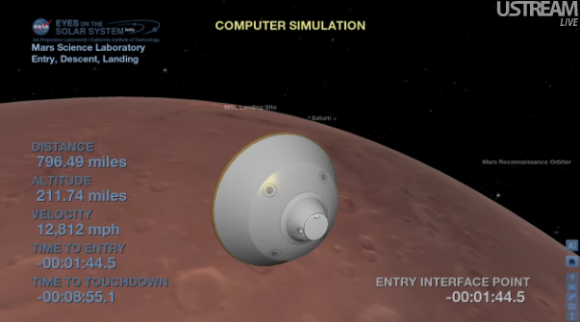 At this point the rover had already landed – in fact it’d landed right at the moment when NASA started to receive signals that the ship had entered the atmosphere. The vehicle flew down toward the surface of the planet at mach 2 – “parachute deployed” – “we are decelerating – 150 meters per second.” 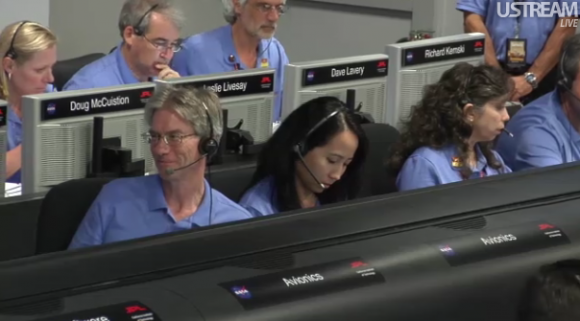 Needless to say, the cheers got louder and more joyous each announcement of a plateau. “We are in powered flight. 500 meters from planet. Stand by for skycrane. 40 meters altitude. Skycrane has started. Expecting final cut shortly.” Each announcement became more exciting.

And then there was an explosion of cheers – it’d worked! Touchdown! 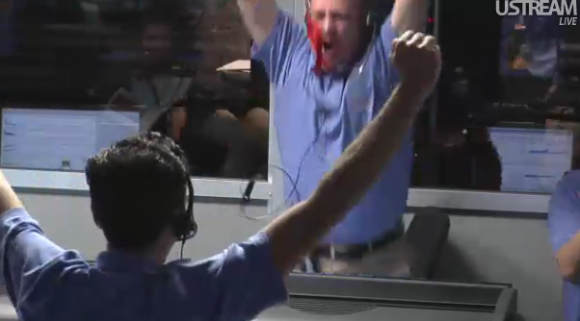 All was well, the Curiosity Rover had landed successfully. Joy for all and the work could start once again. Now we all get to have a peek at the red planet once again. Have a look at our timeline of this event and stick around SlashGear for big findings from the rover for some time to come.