NASA made an autonomous car too, and it makes Google’s look dull

Auto makers the world over are scrambling to create cars that can drive themselves, but they’re not the only ones interested in such technology. NASA has set its sights on the technology, something we’ve heard bits and pieces about in the past. Today the space agency decided to show the fruits of its labor, however, posting a video on its YouTube account of the finished product. It is called the Modular Robotic Vehicle, MRV for short, and it can — among other things — drive itself when needed.

The car is about the size of a golf cart, and it has many features, not the least of which is both remote and autonomous control — you can see an example of the remote control feature in the video below, where the driver moves over to the passenger seat and is taken for a ride.

The vehicle itself is electric and powered by batteries, and it includes a full drive-by-wire system, as well as redundant fail-operational architecture, and most interestingly, all four of its wheels are independent modules, able to rotate in such ways that the car can out maneuver any average road vehicle.

According to NASA, the MRV has a top speed of 40MPH, but it is currently computer limited to only 15MPH, likely for safety reasons. The curb weight is 2000lbs, and it measures in at 7ft. x 5ft. The propulsion motors in the wheels are cooled with liquid, meanwhile. The MRV was made at NASA’s Johnson Space Center. 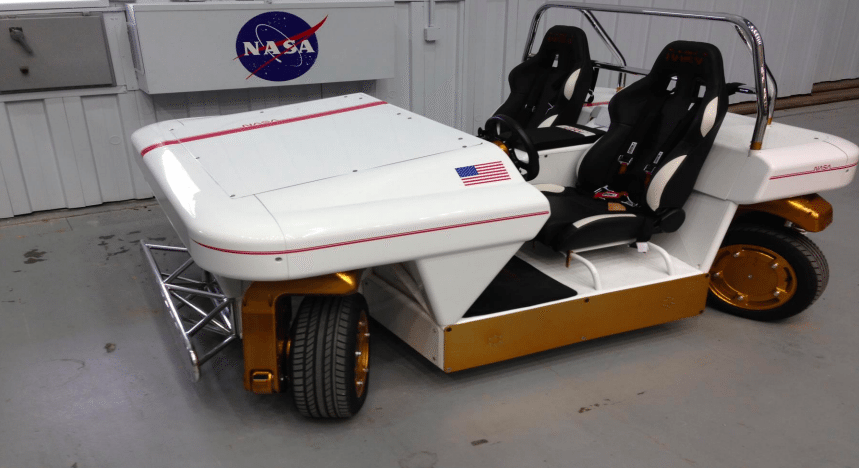