NASA left a camera off the Webb Space Telescope: Here’s why

After years of setbacks and delays, NASA finally launched the James Webb Space Telescope on Christmas Day 2020, ushering in a new era of space observation. The observatory is still making its way through the initial stages of its mission, a process that includes everything from deploying its high-gain antenna and other systems to kicking off its orbital injection burn.

The entire deployment process will take months, with NASA explaining in a mission timeline that the James Webb Space Telescope won’t begin conducting regular science operations until around six months after launch, putting the end of this deployment process around mid-summer this year.

In a new tweet thread, NASA’s official Twitter account dedicated to the space observatory explained why it didn’t include cameras on the telescope to record the deployment process over the coming months. Though including cameras “sounds like a no-brainer,” NASA says, there are a number of big reasons why it made the decision to skip these instruments.

The biggest reason NASA didn’t include cameras to take pictures of the telescope on its journey are pretty simple: the side of the observatory facing away from the Sun is totally dark, while the side facing the Sun is so bright that any images captured would be filled with heavy contrast and massive light glares.

As if that weren’t a big enough issue to overcome, NASA would also need to power any cameras on the observatory, which would mean running cables to them. Vibration and heat may pass through the cables to the cameras, impacting their image quality, plus the “cold side” of the space telescope would also introduce some “delicate” power balance issues.

Speaking of temperatures, NASA also explains that it would’ve had to have developed a special camera able to withstand the intensely cold temperatures on the side of the observatory facing away from the Sun. The James Webb observatory was already an incredibly complicated project and adding cameras would only further complicate things. 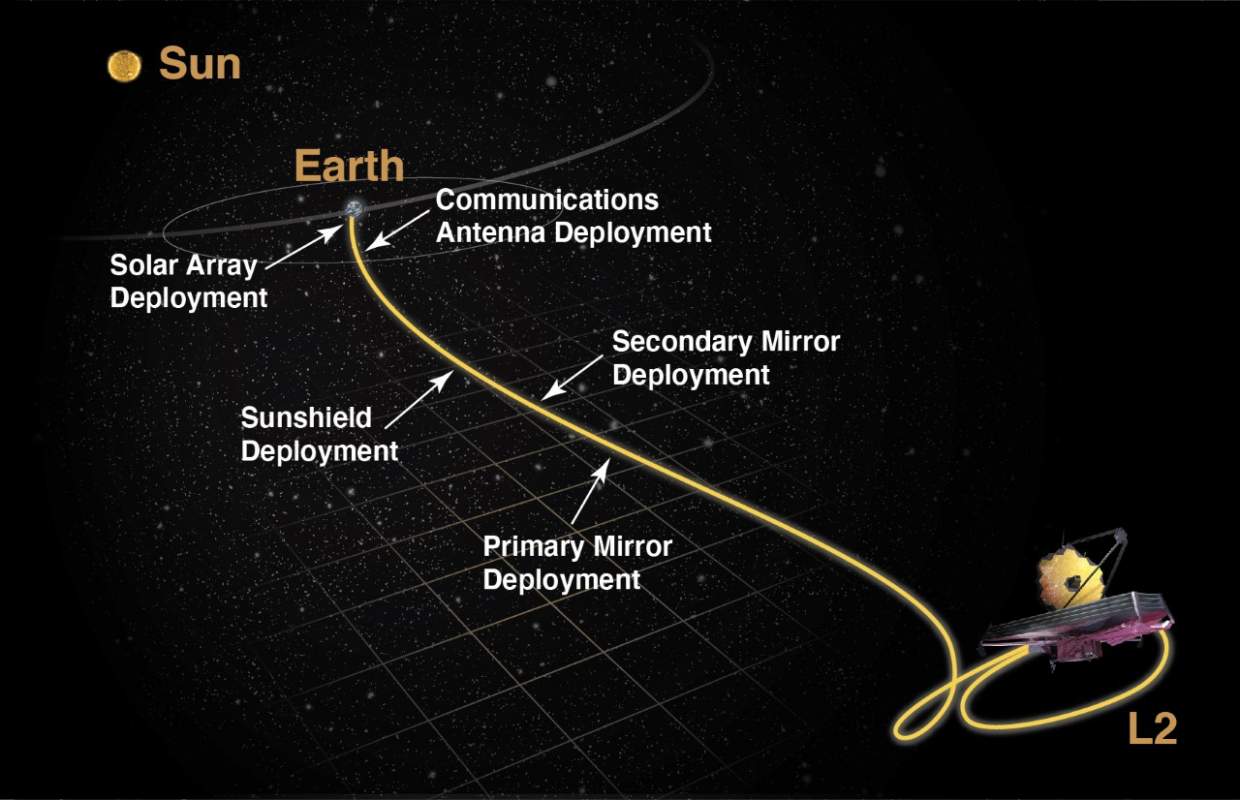 As mentioned, the observatory is deploying various systems during its initial weeks in space. This causes the physical configuration of the telescope to change, and any cameras mounted to it would need to be designed in such a way that these deployments wouldn’t interfere with them and their ability to capture images of the spacecraft.

NASA points out that it would have needed to determine the right camera loadout for any useful images, too, such as how many cameras were necessary and how to get images that were notable without making the entire setup entirely more complex. The best solution, in light of these challenges, was simply to avoid including such cameras entirely.

Instead, the space agency explains that a variety of sensors are used to determine the launch was a success and that the deployment is proceeding as expected. The mission’s team on Earth receives this telemetry data from the observatory as it operates in space, enabling them to keep an eye on the system and to generate visual representations of the observatory using a “special visualization tool.”