NASA is bringing Hubble back to life with a key instrument

The camera recovered over the weekend is the second Hubble instrument recovered since the space telescope went into safe mode on October 23, and observations were suspended on October 25. The first main instrument to be recovered was the Advanced Camera for Surveys, chosen because NASA believed it had the fewest possible issues if additional synchronization messages were lost. The loss of synchronization messages is what placed the telescope into safe mode on October 25.

Wide Field Camera 3 was chosen for recovery ahead of other instruments aboard Hubble because it is the most heavily used instrument on the telescope. The camera counts for more than one-third of the observing time. As part of the recovery efforts, NASA engineers prepared changes to the operating parameters for the camera to allow it to survive several missed synchronization messages while maintaining normal operations. Engineers are trying to harden the instruments to allow them to continue working if additional synchronization messages are missed in the future.

However, before applying the new parameters to the Wide Field Camera 3, they are being tested on ground simulators and will first be applied to the Cosmic Origins Spectrograph. The changes will be applied to the far-ultraviolet detector first because it’s extremely sensitive. NASA engineers have confirmed that testing and applying the changes will take several weeks.

No additional lost messages have been recorded since NASA began monitoring the issue on November 1. However, engineering teams are taking steps to keep hardware aboard the Hubble safe if synchronization messages are lost in the future. NASA is still investigating the cause of the missed messages, and instruments aboard the space telescope continue in safe mode.

Hubble teams have focused efforts on learning the cause of the missed messages investigating specific hardware commanding instruments aboard the telescope that is part of the Science Instrument Command and Data Handling Unit. The investigation focused on analyzing the circuitry for the Control Unit responsible for generating synchronization messages and passing them to other instruments aboard the telescope. While the exact cause is yet to be pinpointed, teams have been looking for workarounds to solve the problem during the investigation. 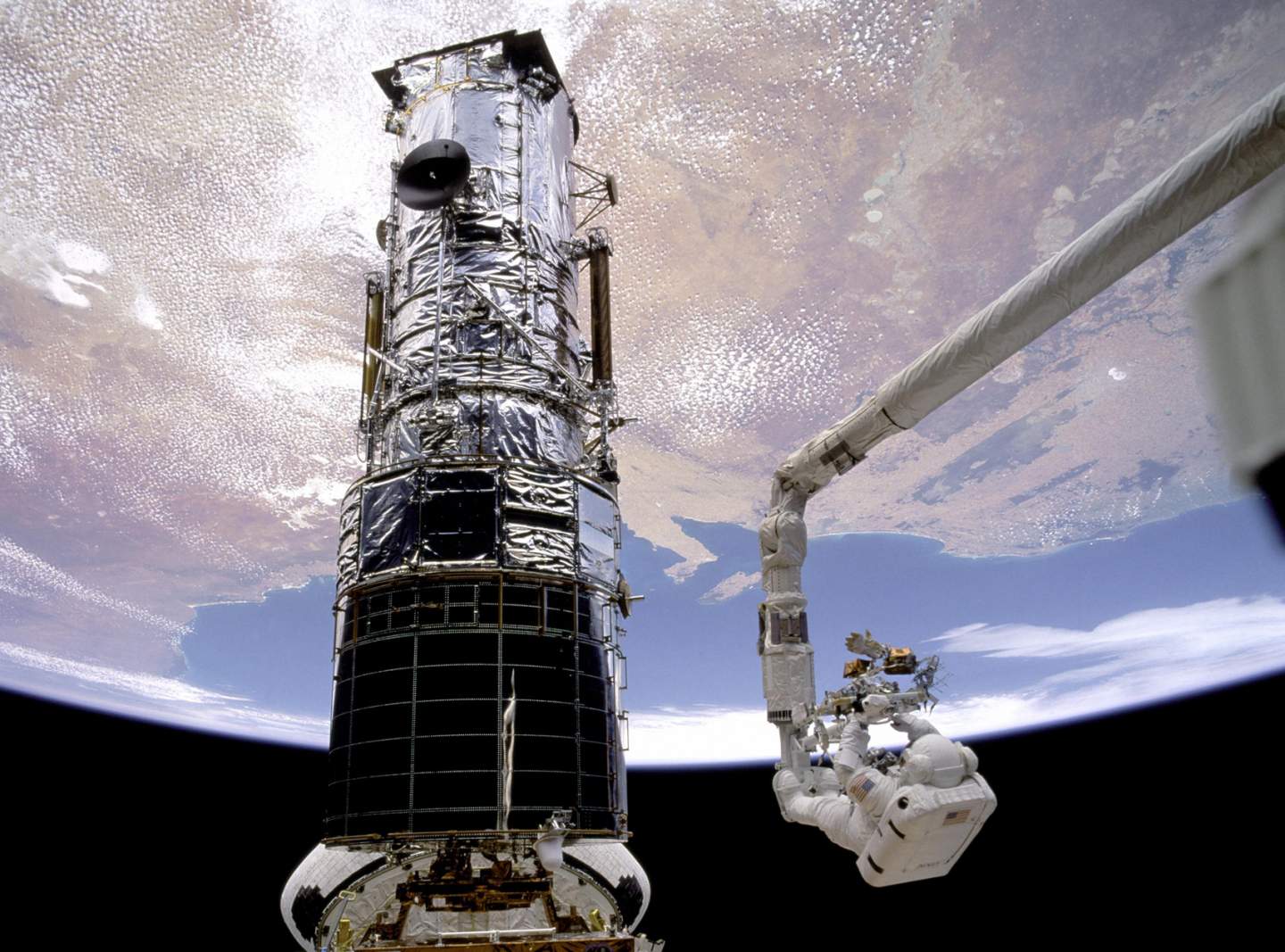 The Advanced Camera for Surveys instrument was the first main instrument aboard the space telescope NASA recovered. On October 30, the first instrument engineers turned back on was a retired device called NICMOS or the Near Infrared Camera and Multi Object Spectrometer. NICMOS was installed aboard Hubble in 1997 but was turned off in 2010 when the Wide Field Camera 3 went into operation. NICMOS was turned on first to collect information on the lost synchronization messages without risking any active Hubble instruments. On November 1, NICMOS was recovered, and no additional lost synchronization messages were detected.

NASA first noted a problem with Hubble losing synchronization messages on October 23 at 1:46 AM. Synchronization messages are critical to the telescope’s operation because they provide timing information ensuring instruments aboard the space telescope respond appropriately to data requests and commands. NASA reset the instruments aboard Hubble, and they operated as expected until October 25 at 2:38 AM.

At that time, instruments again issued error codes indicating multiple lost synchronization messages and again entered safe mode. NASA has been clear all along that while the instruments aboard Hubble were in safe mode and unable to perform observations, the spacecraft itself was in no danger and was operating as expected. NASA has been very careful with Hubble as it attempts to resolve issues with the aging telescope. Unfortunately, unlike during the space shuttle era, there is no way to fix the telescope in orbit today.

Hubble is a critical instrument for modern scientific investigations. In the future, the James Webb Space Telescope will provide improved observation capabilities, but it’s not fully deployed at this time. In recent months, Hubble has faced numerous significant complications.

In June 2021, Hubble placed itself into safe mode after an onboard computer failed. The computer aboard the space telescope crashed on Sunday, June 13, and on June 14, NASA engineers attempted to restart the computer. However, the restart failed with a degrading computer memory module pinpointed as the source of the problem.

The computer is tasked with controlling and coordinating science instruments while monitoring the health and safety of those instruments. By mid-July, NASA had worked out a fix and focused on an issue with the Power Control Unit preventing the switch to the backup memory module. That component delivers the voltage supply the payload computer needs to function. Further analysis discovered that one potential problem was that voltage levels from the regulator were outside of acceptable levels, which tripped the secondary protection circuit. An alternative reason for the issue was that the secondary protection circuit had degraded and was stuck in a state preventing normal operations. 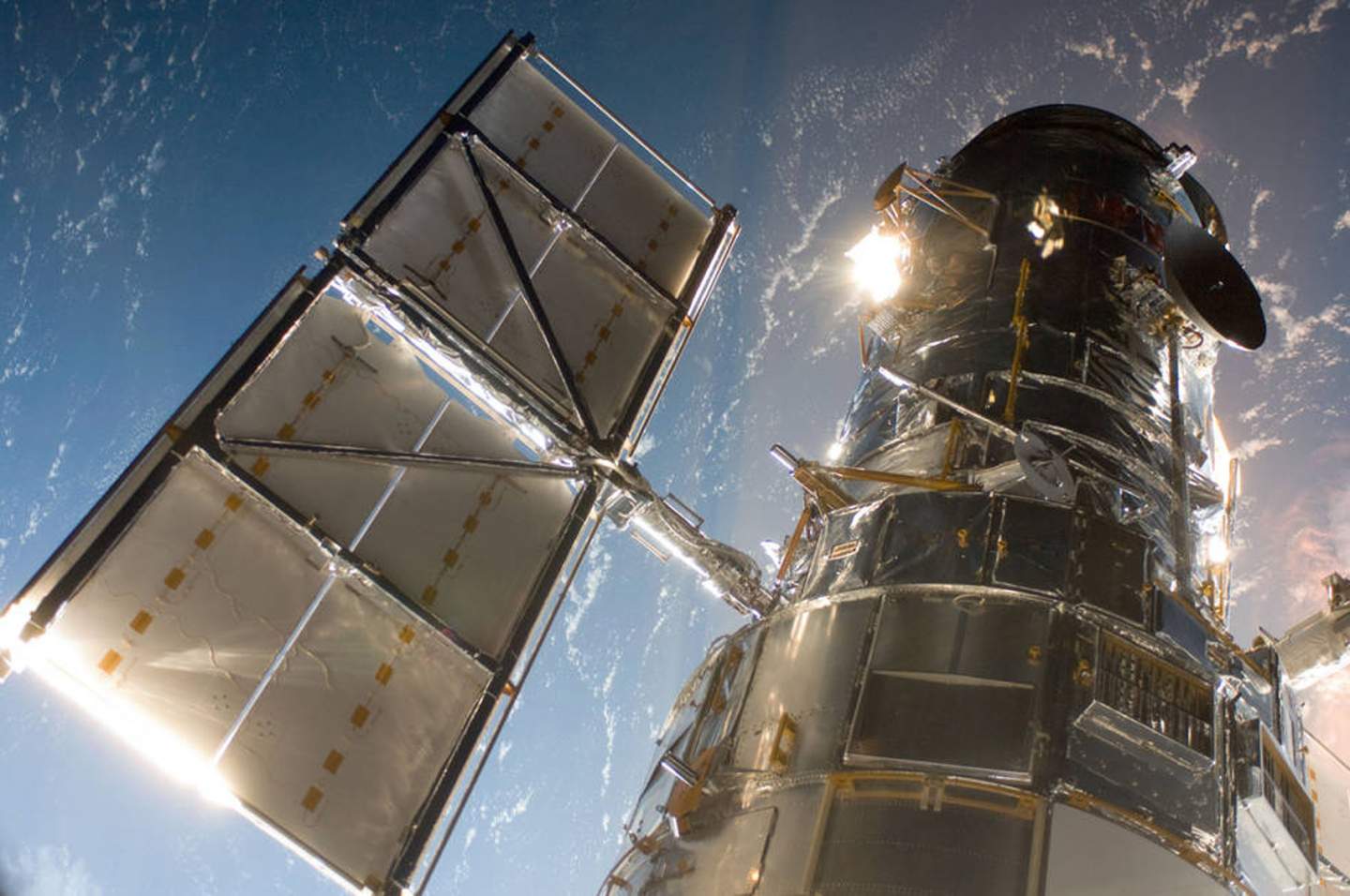 While initial attempts focused on resetting the PCU, those attempts failed, and ultimately NASA decided to switch to the backup SI C&DH unit with its own backup PCU. With Hubble now operating on backup hardware, any failures in the future could mean the end for Hubble. For such a considerable undertaking, the proposed repair had to go before a review board, with a formal review completed on July 13 and the repair processes being approved on July 14. Ultimately, the fix was successful.

Unfortunately, the repair that happened this summer was not the first time Hubble experienced a problem with a SI CD&H unit. In 2009, astronauts used to be retired space shuttle fleet for Servicing Mission 4 to replace the entire SI CD&H unit, the hardware Hubble utilized since then. Ultimately, NASA’s efforts proved successful, with Hubble coming back online and operating as expected until the new problems surfaced in October.

Hubble was launched on April 24, 1990, but has roots going back to the 1940s. It’s important to remember that Sputnik, the first satellite ever placed in orbit, wasn’t launched until 1957, and NASA wasn’t created until October 1958. Since Hubble went into orbit, it has had five different servicing missions conducted by astronauts utilizing the space shuttle. Those five servicing missions happened in the 1990s and 2000s. NASA certainly hopes that as it recovers instruments one by one, Hubble can return to full observational capability and continue to work for many years to come.