NASA, busy developing cutting edge technologies and exploring the dark unknown corners of the vast universe, has been hit with a quite unusual lawsuit by Rhawn Joseph of the Journal of Cosmology. The reason? He claims the mystery rock that appeared on Mars earlier this month is, in fact, a mushroom and that NASA has failed in its duties to recognize it as such.

The story behind it is simple: while taking images on Mars, the rover Opportunity snapped a picture of a small rock that appeared from seemingly nowhere a mere 12 days after it had last photographed that area. Upon later analysis it was revealed the rock has an unusual chemical composition that is unlike anything else found on the Red Planet, and though it has speculation, NASA still isn’t certain how the rock got where it is. 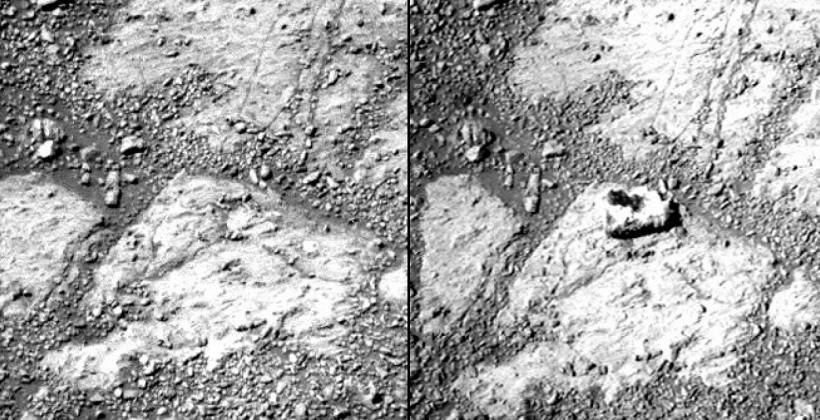 The rock is said by Joseph to, in fact, be a mushroom, which he claims grew over the 12 day period and can be faintly seen in the image on the left-hand side. The lawsuit says NASA needs to “perform a public, scientific, and statutory duty which is to closely photograph and thoroughly scientifically examine and investigate a putative biological organism.”

Said Joseph in a message to GeekoSystem: “A legitimate scientist would have taken hundreds of close-up pictures from every angle. There are NO close up pictures. WHY? The few photos released are from a distance and from the same angle.The rover is equipped with a “microscopic imager.” Yet NO microscopic investigation was taken and no microscopic pictures released. Why?”