NASA is working on a new Mars lander technology that will allow scientists to place a spacecraft exactly where they want on the surface of the red planet. This lander tech is known as ADAPT. The test system is designed to help a spacecraft divert course and make a smooth pinpoint landing. By contrast, when Curiosity landed on Mars, NASA scientists had a massive landing area 12 miles by 4 miles as the location they wanted to hit.

NASA has been working with Masten Space Systems to develop the ADAPT system. ADAPT is built on the Masten XA-O.1B Xombie vertical launch, vertical landing reusable rocket. This rocket was chosen because it is able to provide a good approximation of Mars-like descent conditions with high-speed descent rates at low altitudes. 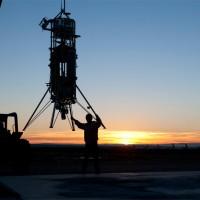 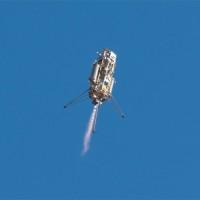 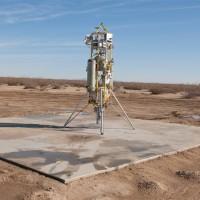 The two technologies in this rocket system that were recently tested include the Terrain Relative Navigation with a sensor known as the Lander Vision System and the Guidance for Fuel-Optimal Large Diverts algorithm. The goal of the testing is to create a rocket that can look at the terrain and land safely and precisely with an optimal flight path to the location chosen for landing.

ADAPT has had two successful previous flights with the first on December 4, 2014, and the second on December 9. NASA says that the ability to precisely land on the surface of Mars will be a huge step forward in future capabilities for safe and precise landing on Mars and other planets.