NASA: Enceladus has a global ocean beneath its icy surface

Saturn’s moon Enceladus has an icy grooved crust, and beneath it lies a global ocean, says NASA. Researchers for the space agency came to this conclusion due to the moon’s “very slight wobble”, which must be the result of a liquid underbelly and nothing else. Images from Cassini confirmed the belief that Enceladus holds a global ocean under the icy shell, something that itself was first indicated by data collected by the spacecraft.

The researchers looked over in excess of seven years’ worth of photos from Cassini, mapping craters and other structures and looking at the changes that take place as the moon rotates. This revealed Enceladus’ small wobble that happens during its orbit. 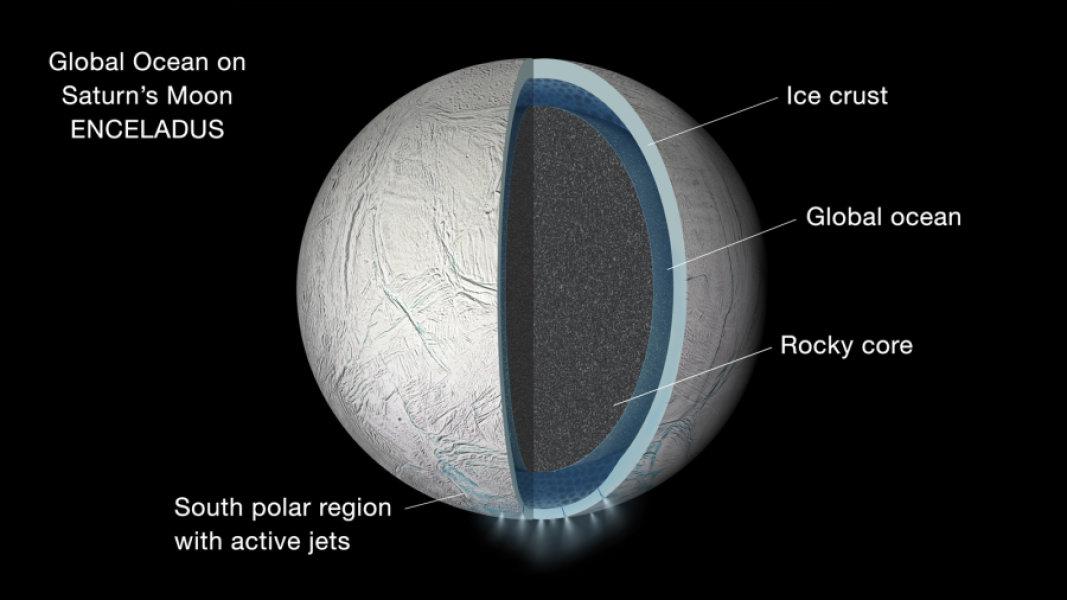 The team then developed different models of possible interior surfaces for the moon, comparing them to the aforementioned measurements to see which matched up. The wobble, it turns out, is too big for a planet that is solid. The only explanation is a global ocean beneath the ice.

Why that global ocean isn’t itself frozen is unknown at this point. One possible explanation is higher than anticipated levels of heat from friction due to tidal forces caused by Saturn’s gravity. Last week, NASA revealed plans to probe moons for their potential to support life, and among the planned destinations is Enceladus; the space agency will launch its project by the end of 2021.