NASA’s rovers were able to observe the global dust storm on Mars last year that ultimately brought Opportunity rover’s mission to an end. Though they’re known to scientists, these global dust storms are relatively rare, happening only once every decade or so. Last year’s global storm gave NASA scientists the chance to study the weather, shedding light on the formation of massive dust spires that NASA calls ‘dust towers.’

Simply put, a dust tower is somewhat similar to a dust tornado on Earth; NASA describes them as huge towers of churning clouds full of dust that climb to higher altitudes than the surrounding ordinary dust. These dense dust towers can form under ordinary environmental conditions on Mars but are more common during a global storm. 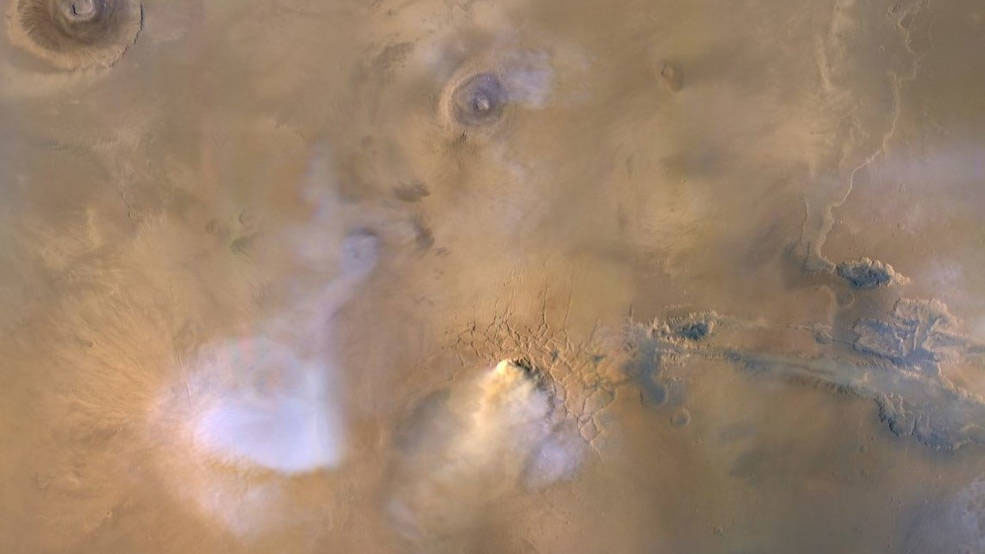 Unlike tornados, these dust towers are truly massive — at the ground level, NASA says they’re about as wide as Rhode Island, ultimately climbing to a height of around 50 miles. The top portion of the dust tower may be as wide as Nevada, producing a layer of dust around 35 miles above the planet’s surface that measures wider than the entire United States.

NASA’s Mars Reconnaissance Orbiter is able to monitor these dust storms, which is how the space agency knows that something unusual happened during last year’s global storm. According to NASA, it usually takes the dust from a tower around one day to fall back down; during last year’s storm, however, towers were continuously formed and some towers lasted for more than three weeks.

Scientists call last year’s dust activity surprising, particularly the potential that these dust towers are ultimately something akin to elevators that draw materials up through the planet’s thin atmosphere. This process can draw small amounts of water vapor up into the atmosphere, as well, potentially helping explain how Mars lost all of its lakes and rivers.