A couple days ago, Curiosity woke up to the song Please would you be my neighbor from Mr. Rogers, that being a greeting for the newly arrived InSight rover. Following that, NASA researchers explain, Curiosity got to work at Mars’ Highfield drill site, where it will dump a sample. The rover, which has been rolling around Mars since 2012, previously detected four interesting rocks, including one that is atypically smooth and shiny.

The rock has been named Little Colonsay and it is believed to be a meteorite. Scientists will only confirm that speculation once Curiosity manages to analyze the rock, though. That’s where its ChemCam instruments comes in; using a laser, spectrograph, and more, the rover will be able to provide researchers with an answer about the shiny rock’s nature. 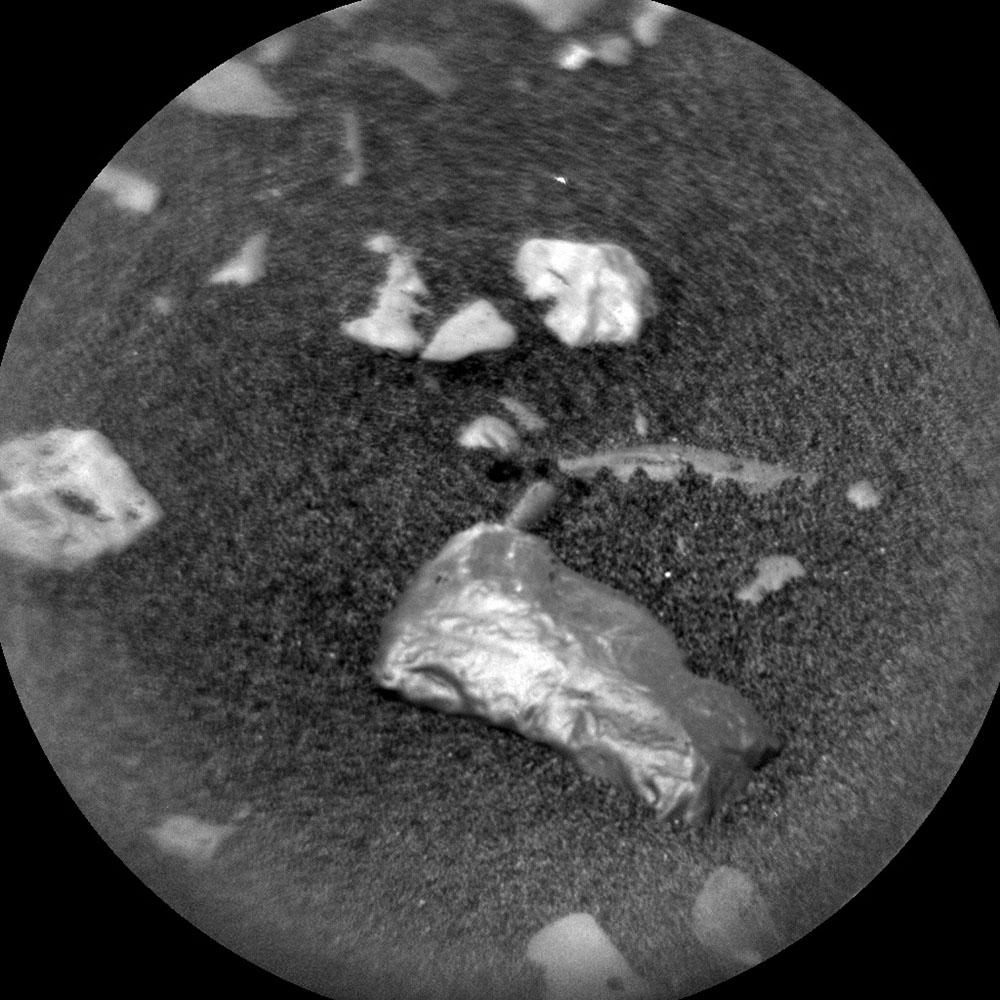 According to an update on the Mars Curiosity mission blog, the rover will look at the dump pile using all of its instruments, including a passive observation with the ChemCam. That instrument will be tasked with looking at four samples, two that have been previously found: Little Colonsay and a rock with a dark coating called Flanders Moss.

Researchers believe Little Colonsay is a meteorite due to its shiny appearance, but “looks can be deceiving,” the team points out. In addition to those two rocks, Curiosity will study another pair of targets called Eildon and Forres. These two samples will be added to the grey Jura bedrock database before Curiosity leaves the Highfield site next week.

This isn’t the first shiny object Curiosity has discovered on Mars. Back in 2014, for example, the Curiosity rover found a giant shiny rock believed to be an iron meteorite. A similar discovery was made in 2015, that time featuring a shiny meteorite composed of nickel-iron.