Today NASA’s Mars exploration program has confirmed the existence of liquid water on the red planet. “This is a significant development, as it appears to confirm that water -albeit briny -is flowing today on the surface of Mars,” said John Grunsfeld, astronaut and associate administrator of NASA’s Science Mission Directorate in Washington. While most of Mars’ once more significant amounts of water have evaporated into space, trace amounts have been found and confirmed today by NASA.

NASA’s Mars Reconnaissance Orbiter (MRO) was used to make this historical find. Using imaging spectrometer on the orbiter, researchers found signatures of hydrated minerals on the surface of Mars. These signs of hydration were found near “mysterious streaks” previously believed to be signs of flowing water.

According to NASA, the streaks “appear to flow down steep slopes during warm seasons,” then fade when the area gets cooler. These are the streaks you see in the image above – areas darken just enough to clue researchers in on hydration below the surface.

This image shows the Garni crater on Mars, with streaks each several hundred meters in length. 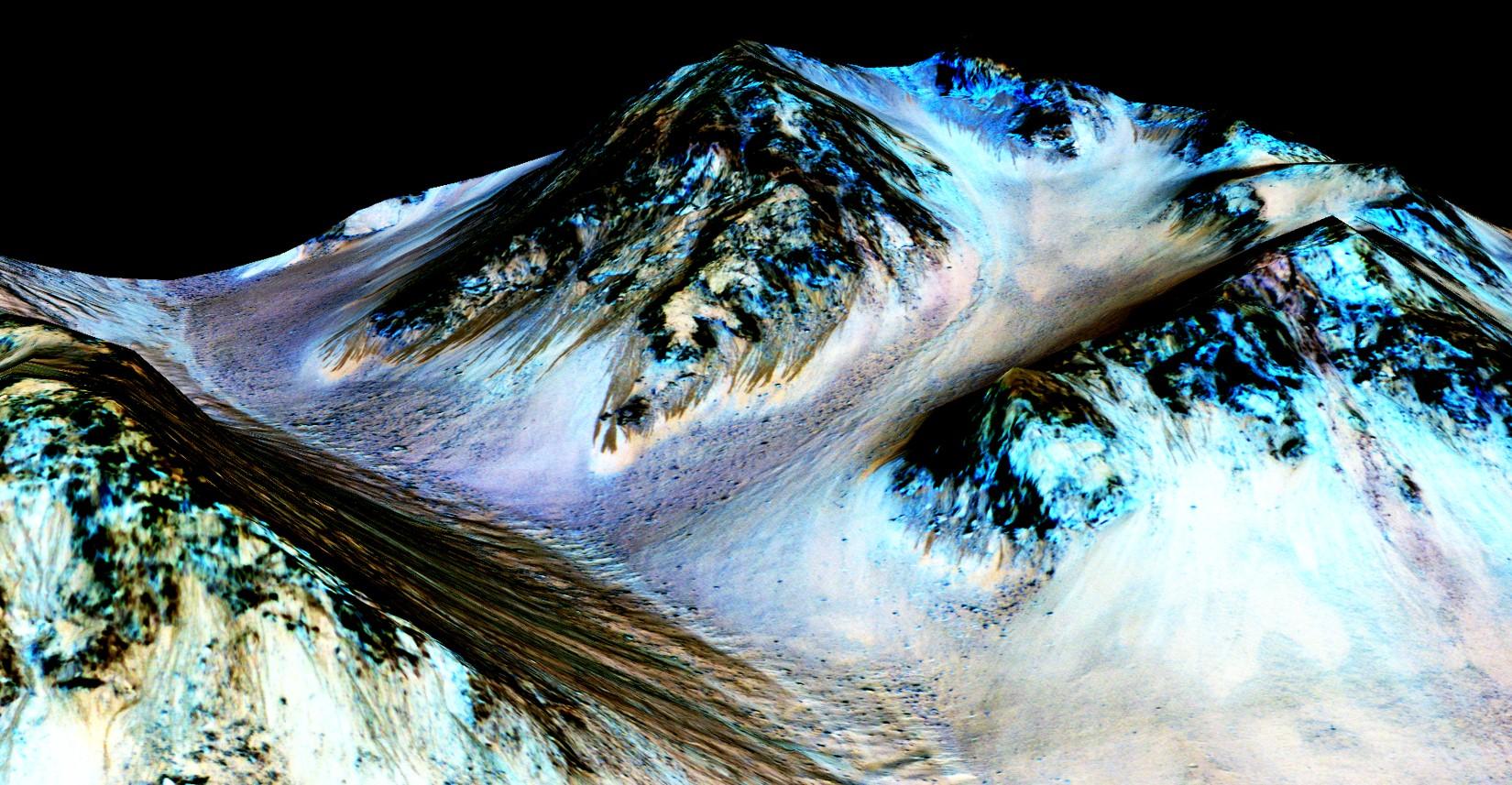 “This is the first spectral detection that unambiguously supports our liquid water-formation hypotheses for RSL.”

This paper is available through the scientific journal Nature Geoscience under code doi:10.1038/ngeo2546.