NASA captured the amazing photos shown here using the schlieren technique. Never heard of it? It’s a way of photographing air density gradients, like shockwaves in the air, by using something like the sun or a speckled desert as a background. This technique has been use in air-to-air situations, but now NASA is experimenting with capturing similar photos from the ground. Scientists achieved these images by using the sun or moon as backgrounds while an aircraft flew by at supersonic speeds.

As NASA explains, “a bright light source and/or speckled background is necessary for visualizing aerodynamic flow phenomena generated by aircraft or other objects.” When the aircraft flies between the camera and backdrop, the visualization can be captured as it passes through the edge of the sun or moon. Then, once the image is processed by NASA, its real beauty can be seen. 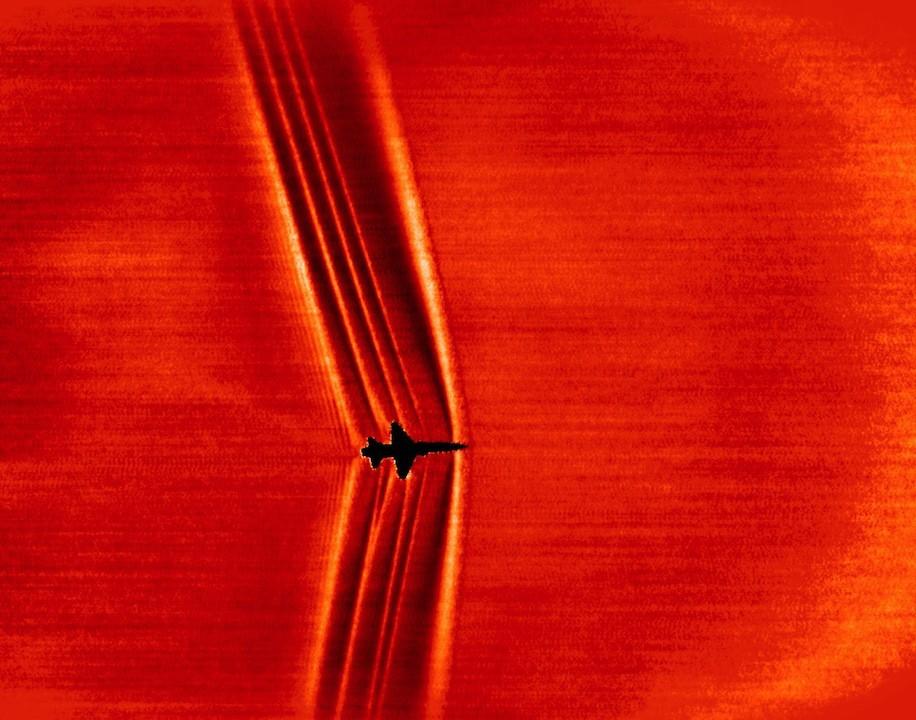 The visualization of air density gradients caused by aerodynamic flow has been an important part of aeronautics research, but now NASA would like to explore using the Background-Oriented Schlieren using Celestial Objects, or BOSCO, method on things other than aircrafts.

What also makes this method exciting is that NASA says using the BOSCO method from the ground as opposed to the air has greatly reduced the cost involved. So much so, that the agency says they used off-the-shelf equipment, and that anyone could build a setup capable of capturing similar photos for around $3,000. 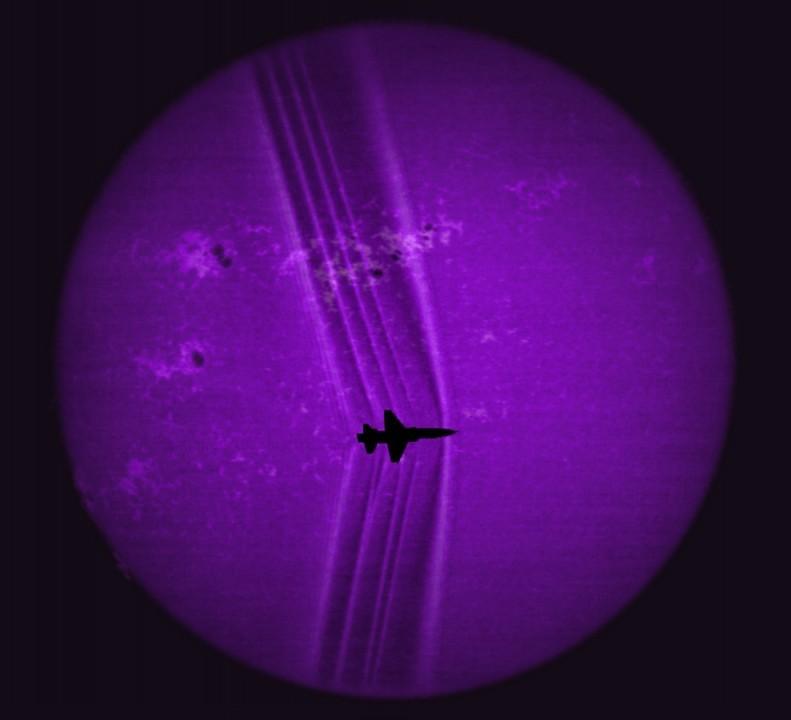