The NASA official meant to lead the 2024 Moon mission has unexpectedly quit the agency, after Congress slapped down plans to create a new mission directorate. Mark Sirangelo only joined the agency a month and a half ago, but was widely expected to take the helm at a new group focused on NASA’s return to the Moon, the mission that will help pave the way for a manned mission to Mars.

Control of the “Moon to Mars Mission Directorate” was enough of lure to get Sirangelo onboard. The exec was former executive vice president at Space Systems, a division of Sierra Nevada Corporation.

He joined NASA on April 8, 2019, as a special assistant. In a memo, NASA Administrator Jim Bridenstine informed staff that Sirangelo would “have broad responsibility to work across the Mission Directorates to further develop the agency’s plans for the Exploration Campaign.” Among those tasks would be “a strategy to meet the Administration’s policy to return astronauts to the lunar surface by 2024” and leading planning for the Moon to Mars Mission Directorate announced the month previous.

Now, though, Sirangelo has left, according to NASA memos seen by SpaceNews. It comes after the US Congress rejected the space agency’s reorganization proposals, for reasons as yet unknown. Instead, NASA will now “move forward under our current organizational structure within the Human Exploration and Operations Mission Directorate,” Bridenstine wrote in the new memo this week.

“Given NASA is no longer pursuing the new mission directorate,” the NASA Administrator added, “Mark has opted to pursue other opportunities.” 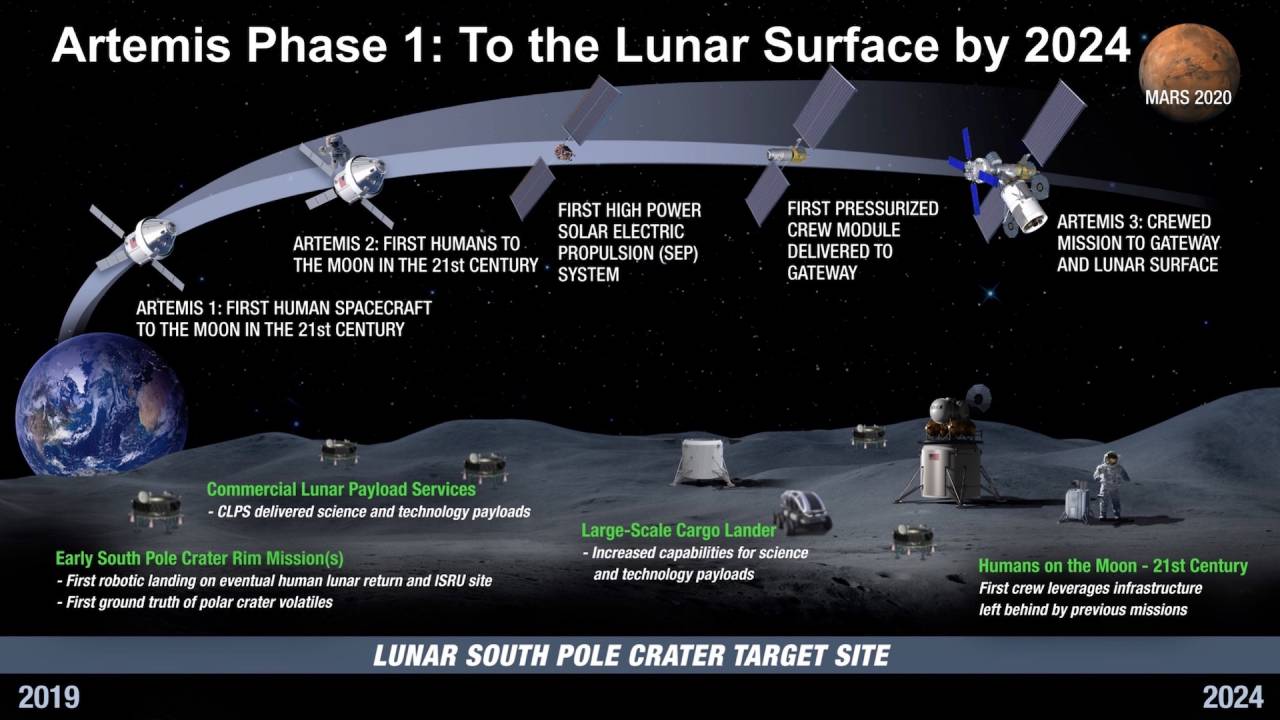 Although Bridensteine had been keen to establish a new directorate for the mission, not everybody was so enthusiastic about the plan. Given the aggressive launch roadmap, which would see a mission to the Moon take place by 2024 in order to meet government promises, there was skepticism about whether the proposed directorate would actually help keep to that schedule. Instead, critics pointed out, the very act of establishing a new directorate could have delayed the launch.

Another concern was that creating silos within NASA might in fact limit technological advances. “The Committee directs NASA to preserve the Directorate as a standalone entity within the agency,” the House Appropriations Committee wrote earlier this mont, “and to maintain its focus on broad technology development goals that are independent of mission-specific needs.”

NASA secured an extra $1.6 billion atop its initial $21 billion budget request from the FY2020 budget, of which $1bn will be spent on human lunar transportation systems. The agency will also spend $651 million on completing the SLS and Orion, necessary to support a 2024 landing on the Moon, and $132m on “new technologies to help astronauts live and work on the lunar surface and in depth space.”

One of the key elements will be the new lunar Gateway. That will act as a command center and aggregation point for the 2024 human landing on the Moon, in addition to giving the US a “strategic presence” there, NASA says. It’ll also serve as an important part of Phase 2 of the overall Mars to the Moon mission.