If the idea of your own little bubble of perfect audio sounds appealing, Naim Audio’s new Uniti Atom Headphone Edition may be the trick to bringing out your inner-audiophile. A headphone-optimized version of the British music equipment specialist’s Unity Atom system, it combines a streaming box for platforms like TIDAL and Spotify with a high-quality headphone amp and more.

Rather than playing music back through a set of speakers, then, Naim’s newest box is focused on a single listener. It comes equipped with a new transformer design which, Naim says, has been reworked to deliver the best power for a headphone amp. There’s a choice of both balanced 4-pin XLR and Pentaconn outputs, plus a standard 6.3mm output. 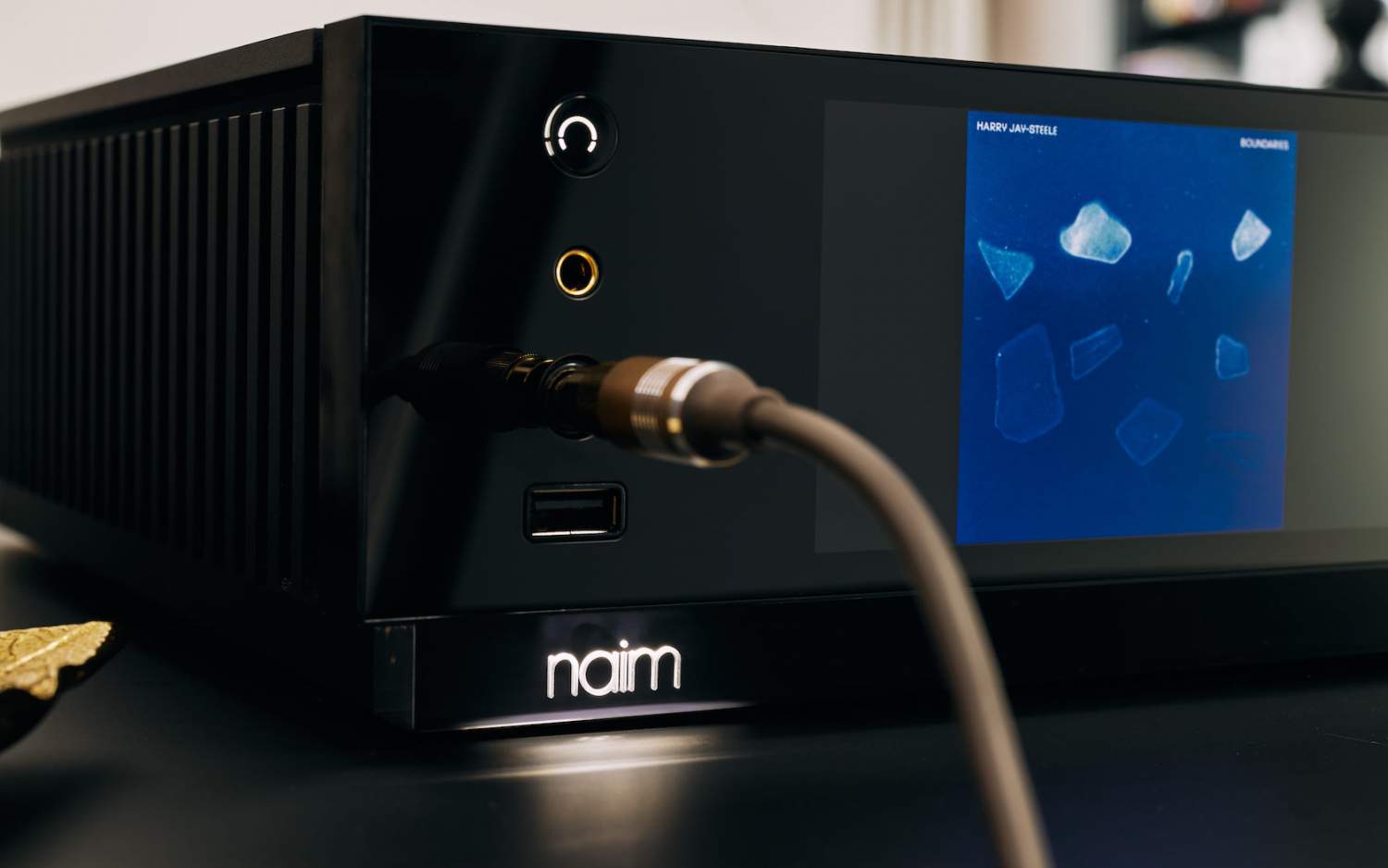 The amp itself is a class-A that can switch into class-AB. Normally, at regular volumes, it sticks with class-A, but as you crank the power up – and the impedance of your headphones drops – then it can add in class-AB power for the top dB. There’s 1.5W per channel into 16 Ω, regardless of which output you’re using, and the Uniti Atom Headphone Edition connects to all outputs simultaneously. 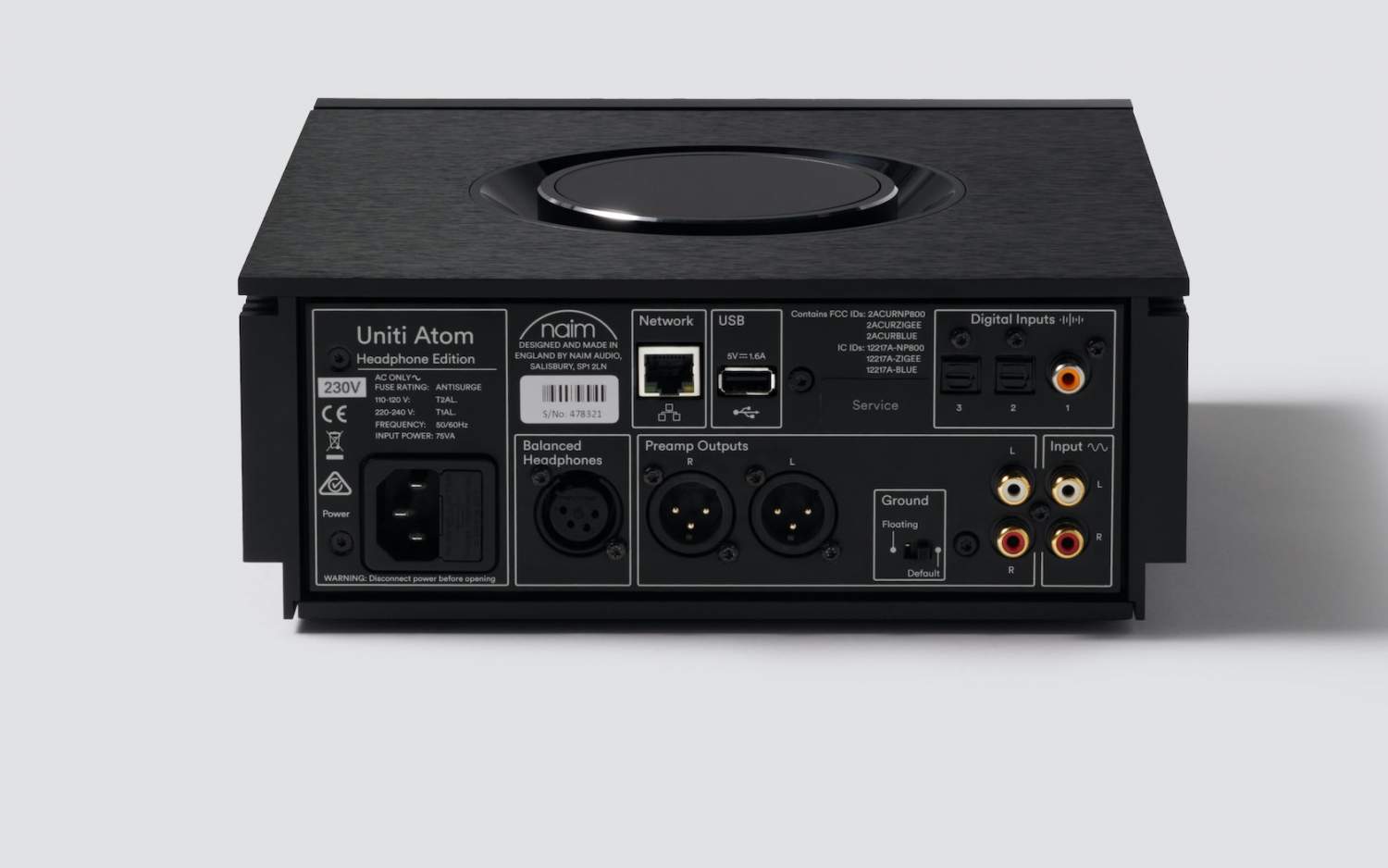 There’s also support for using the box with a pre-amp, for those times you do want full speaker support. However, you can choose which to use depending on which headphones you feel like listening to. If you’re using the front 6.3mm and Pentaconn outputs, for example, the pre-amp outputs automatically mute and a headphone button illuminates. Or, you can press it manually if you want to use the XLR connection on the back. 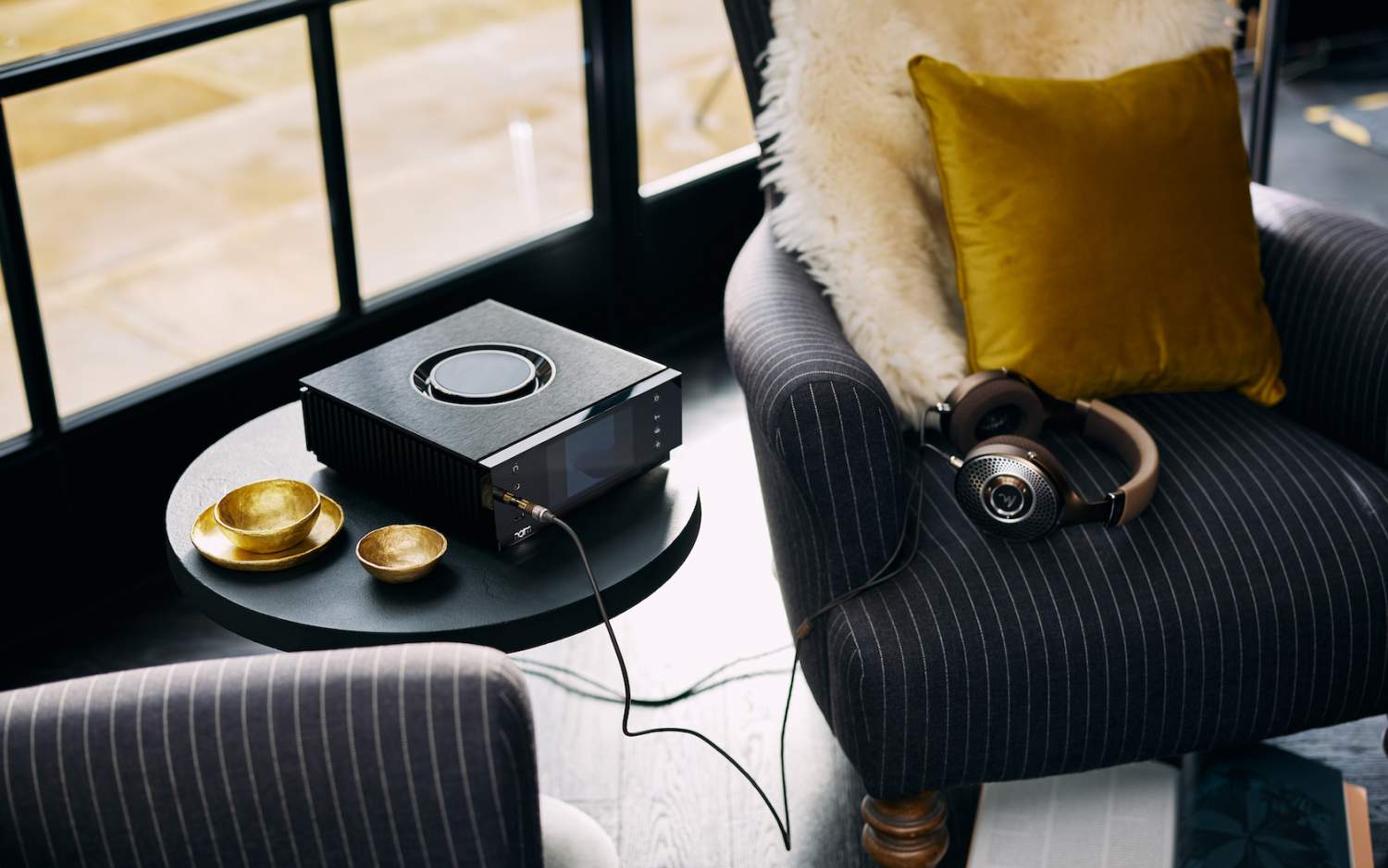 On the streaming side, meanwhile, there’s the same tech that Naim already used on its Mu-so 2nd Gen, Uniti, and ND 555 players. There’s native support for TIDAL, Spotify Connect, and Qobuz, along with Chromecast and AirPlay 2 streaming to access other services, and Roon Ready status. TIDAL Connect, meanwhile, will be added in a few months time, Naim says. 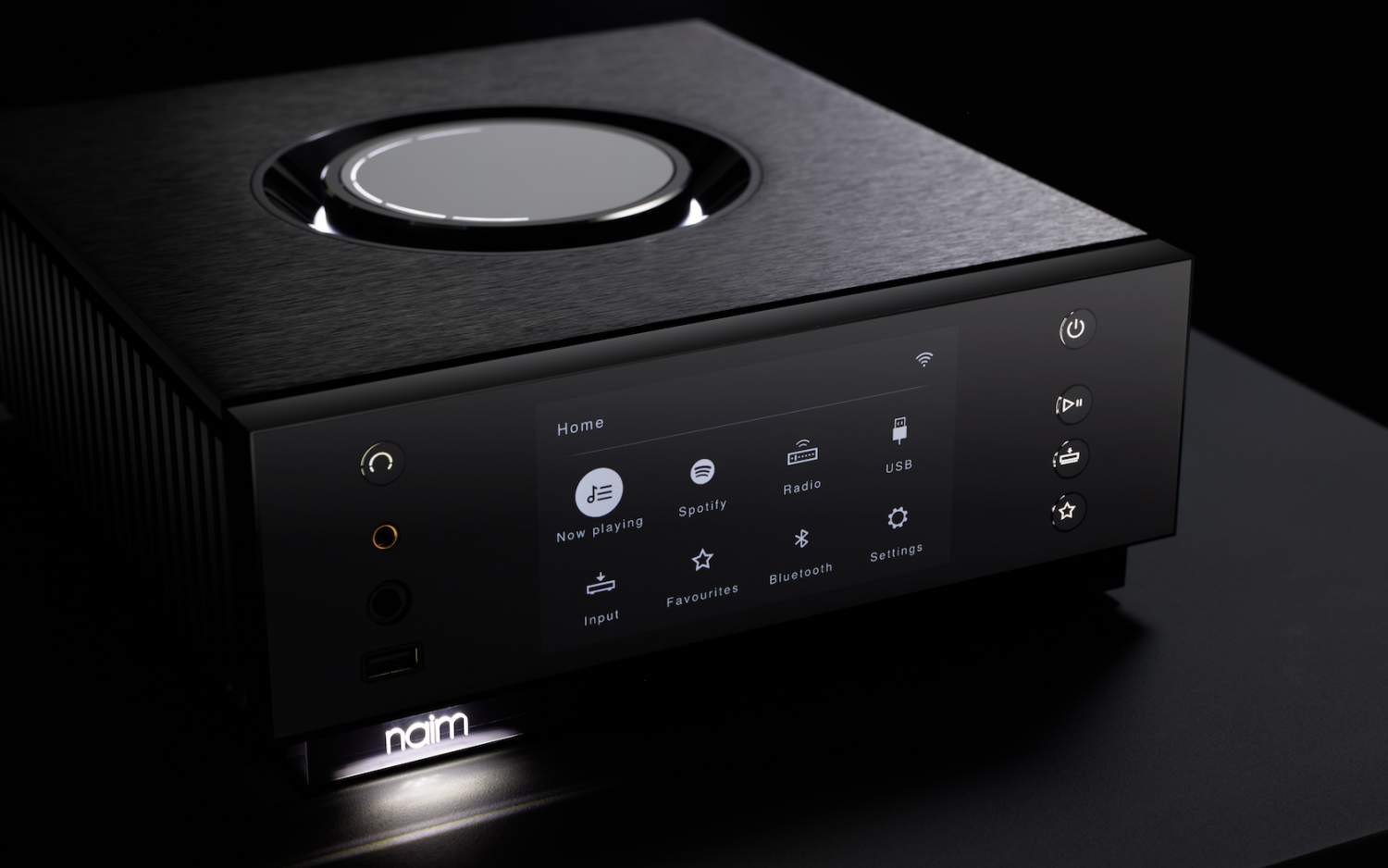 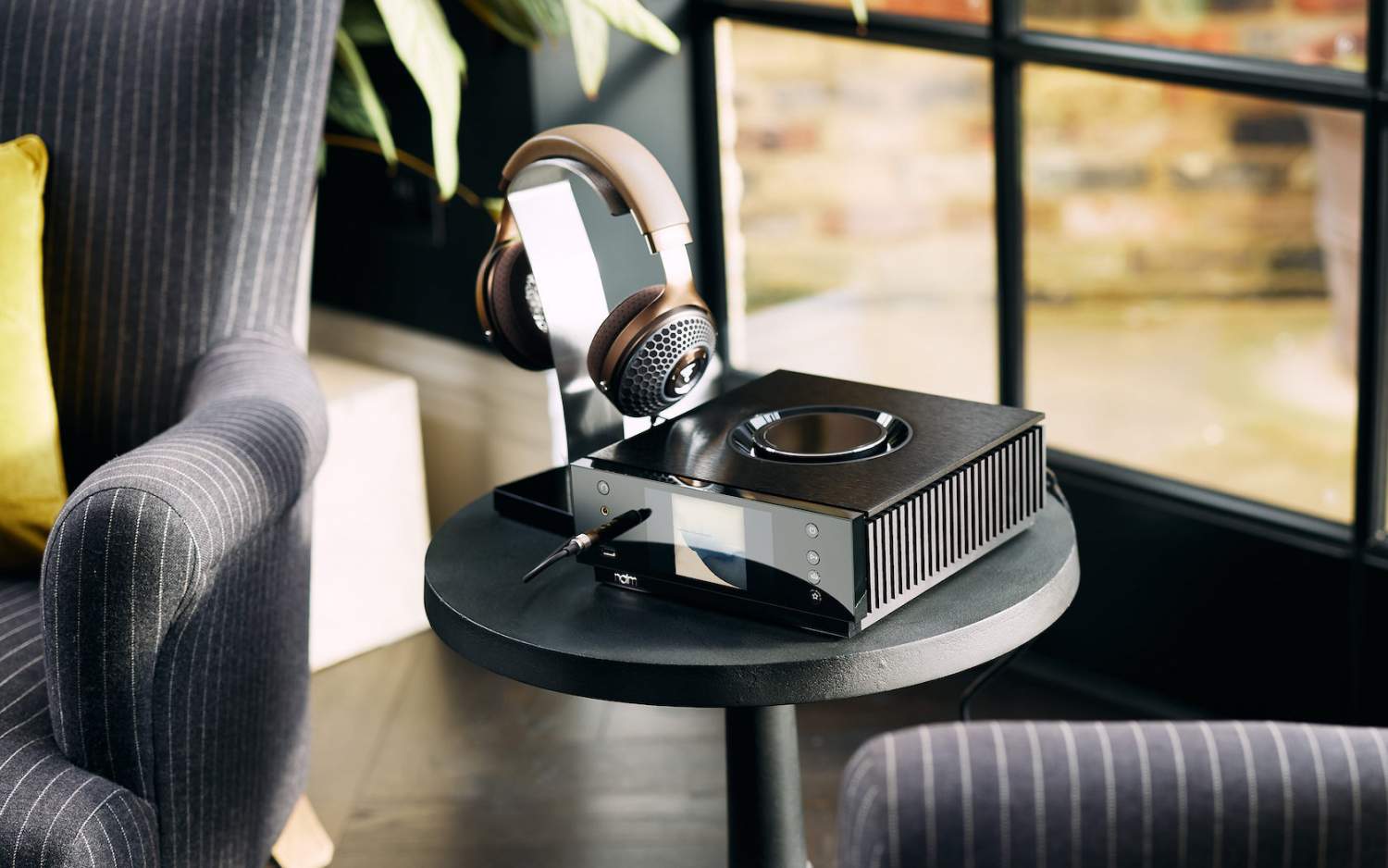 For connectivity, there’s an ethernet port, and WiFi 802.11ac, plus a USB port that can play music from external drives. Up to five Naim Streaming products can be connected and have their playback synchronized, all controlled via the Naim app. If you’re just operating the Uniti Atom Headphone Edition, there’s a front panel with buttons and a traditional rotary volume knob, or you can use the included Zigbee remote.