Although it’s arguably not as iconic as, say, Doom, Cyan World’s Myst has a cult following that the 90s gaming market by surprise and have been referenced in pop culture and media time and again. Since its initial release, the game has produced 5 sequels and one 3D “remake”. Given its age, however, not all those titles have become available or work on the latest Windows systems. Now the developers have gathered all 7 titles into one to make them all work on Windows 10 in a 25th anniversary collection only available from Kickstarter.

Myst is technically defined as a graphic adventure puzzle game but that really sells it short. It was an unexpected and unprecedented success at an age where first-person shooters were starting to take hold of the market. It was an odd duck by that day’s standards, mixing non-verbal storytelling, no clear end goals, multiple endings, and lots and lots QuickTime movies to much success.

Of the seven Myst games, five have actually already been dusted off to work on modern PCs thanks to GOG. That includes the original Myst, Riven, Myst V: End of Ages, Uru: The Complete Chronicles, and realMyst. The other two, Myst III: Exiles and Myst IV: Revelation, weren’t and Cyan Worlds didn’t have rights to them, as they were held by Ubisoft. Cyan says it was finally able to negotiate with “the right people” to make the Kickstarter possible. 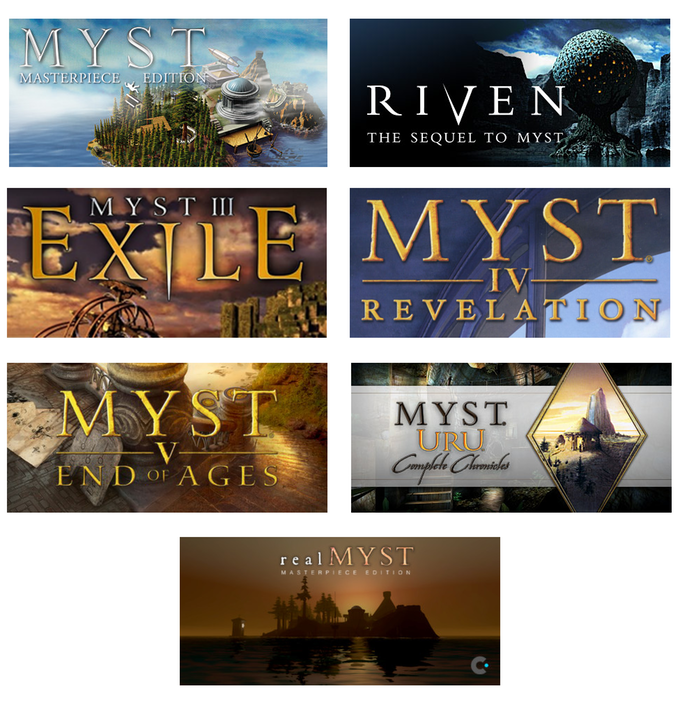 Aside from releasing all seven games “refreshed” for Windows 10, the crowdfunding also offers authentic “game artifacts” that are promised to never be made available outside of Kickstarter. That includes “The Linking Book” with a die-cut screen that lets you watch video fly-throughs of the games, a pen and inkwell owned by in-game character Gehn, and original design sketches from Riven, the second title in the game.

Given its popularity, it’s no surprise that the Kickstarter campaign blazed through its funding goal in less than 24 hours with more than a month to spare. The bundle will be released on GOG initially. Those who already bought the other games on the distribution platform will have their copies updated. Mac and Linux users, sadly, might have to sit this one out or at least wait for more encouraging news.