Mummies with no bones: only as evil as you think

A group of scientists at the Royal Manchester Children’s Hospital have scanned around 800 mummies of animals from ancient Egypt. Of these 800 mummies, the team found that approximately 1/3rd did not contain full animal bodies. No bones, that is to say – and sometimes no animal remains whatsoever. No cats, birds, rodents, or crocodiles. Was this a case of ancient Egyptian forgery on a grand scale? Not so much. Instead, it was far more likely a case of “if it’s kind of like an animal, that’s good enough.”

While it’s enticing to think that this so-called forgery is just that – a willful falsification or trick – the scientists responsible for this study think nothing of the sort. In fact the opposite – they believe that while we assume that if it looks like a mummy, it has to contain bones, it’s far more likely that we’ve got some deep misconceptions about what a mummy can be.

In this case, animal mummies don’t really need to contain animals as such. 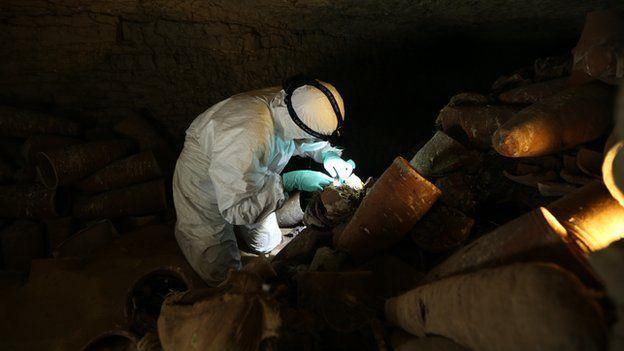 ABOVE: One researcher works in a catacomb containing hundreds of Ibis bird mummies.

Instead, animal mummies – used as sacrifice to gain favor with the gods – didn’t need to contain bones and guts. Instead, these mummies could contain material that’s just as votive, just as binding as a living, breathing being.

The Manchester team of Radiographers and Egyptologists responsible for this mission were lead by Dr Lidija McKnight.

“We always knew that not all animal mummies contained what we expected them to contain,” said McKnight, “but we found around a third don’t contain any animal material at all – so no skeletal remains.” 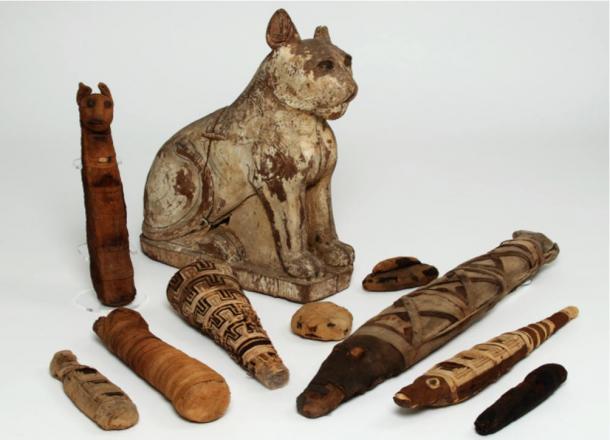 McKnight suggested this week that it’s possible that Egyptian embalmers considered tiny bits of animals – or even materials related to animals – to be sacred enough to wrap.

Egyptologist Professor Salima Ikram from the American University in Cairo also spoke up this week in the BBC documentary “70 Million Animal Mummies: Egypt’s Dark Secret” (available inside the UK this week through the BBC iPlayer website). 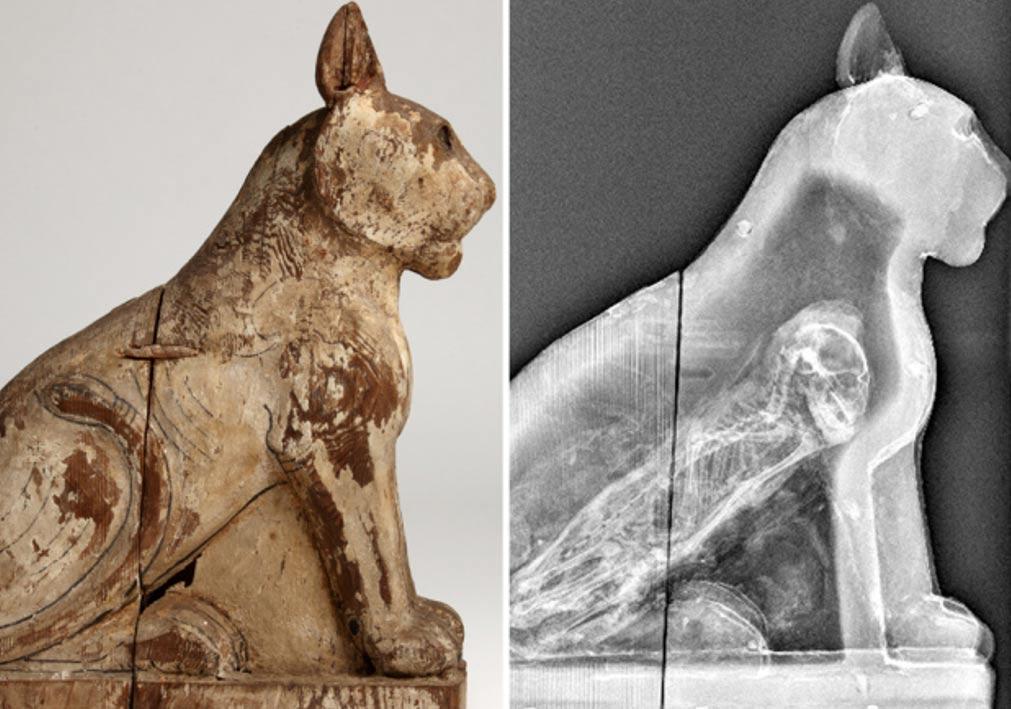 According to Ikram, sacrificing animals in ancient Egypt became such an obsession at one point that animals began to be inbred to keep up with demand. Animals were bred with intent on sacrifice.

That’s not to say that these animals had bad lives, just that their owners’ end goal was to embalm and sacrifice them once they were dead.

Meanwhile it’s also been suggested that the sacrificial animal industry could have lead to embalmers faking animal wraps – the more obvious explanation for empty or near-empty mummy wraps.

They didn’t scrimp on the decorations on the outside, of course, as a more decorative or large mummy may have meant a more satisfying outcome.

Here you’ll see one scan of a crocodile mummy captured by the crew. This mummy was one of those that contained not just one full body of an animal, but several. 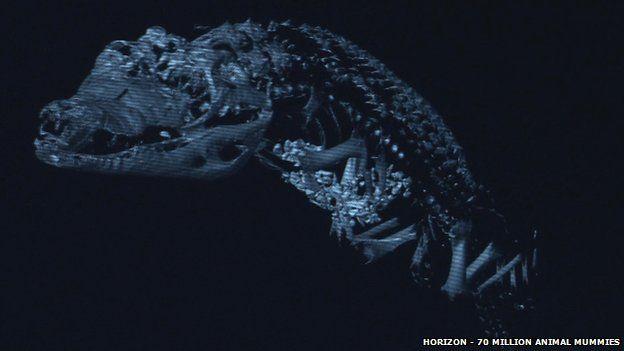 Inside this crocodile mummy scan was one full-sized adult crocodile as well as eight baby crocodiles wrapped together.

The real kicker here isn’t that some of these animal mummies contained less than a full body, but that there were so very many of them buried over time. Up to 70 million creatures – that’s a possible FULL set of bones – were wrapped in underground catacombs in Egypt during the 19th and 20th centuries.

Instead of a question of whether or not these mummies contained what we expected, our quest is now discovering what it was these Egyptians wanted to attain in sacrificing animals for the afterlife.

What these mummies are is tiny time capsules, each one containing a wish, a suggestion, or a carrying on of memories for the future, and for the next life.