MSI Infinite A gaming desktop is ‘quiet as an assassin’

MSI has taken the wraps off a new gaming desktop at Computex 2017, the MSI Infinite A. This desktop, according to the company, is designed for gamers who ‘want infinite possibilities to play the way they want,’ hence the name. The computer comes with an angular and quite colorful design that hints at both its modern and its gaming nature, as well as modern hardware under the hood and a Silent Storm Cooling 3 thermal design.

MSI is showing off a bunch of gaming gear at Computex this year, including some already previously launched items like its nifty VR PC backpack. Other things are new, though, like the Infinite A gaming desktop shown below. The company first introduced it with a short teaser video and some teasing hashtags on social media; now we have an official look at the model, plus some details. 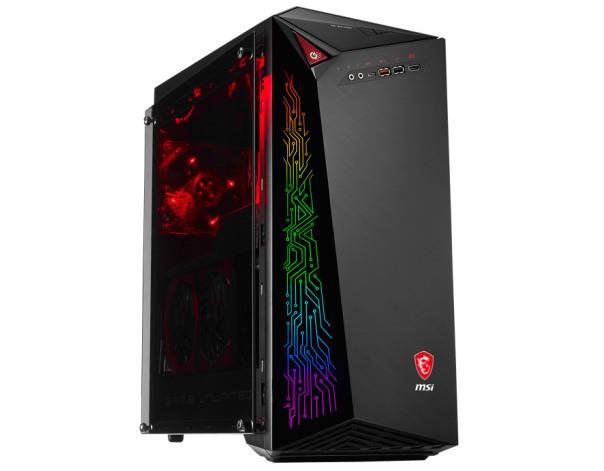 This is a tower system, obviously, one that features the company’s special thermal design: Silent Storm Cooling. This is an exclusive feature, according to the company, that keeps the system quiet despite its power and any intensive long-term gaming sessions that it may facilitate. The front is adorned with a colorful circuitboard design, while the internals have a mean red glow.

Details on configuration options are slight at this time, though we do know you’ll be able to get it with up to a latest-generation Intel Core i7 processor. MSI says the Infinite A also features the MSI GAMING graphics card and can have its storage expanded as needed. The company hasn’t yet stated when this gaming desktop will be available to purchase.