Last year, Microsoft gave a peek at what could have been one of the more interesting virtual keyboards in the mobile market. One that was, almost ironically, exclusive to the iPhone. The Word Flow keyboard, however, has always been labeled an a beta, an experimental app, one that didn’t carry an assurance on longevity. That reality sinks in now as Microsoft pulls the plug on the Garage app and turns iPhone users’ attention to its own Swiftkey. Coincidentally, Google just pushed an update that may make its Gboard keyboard a better choice.

Almost all onscreen smartphone keyboards, especially the major ones, are starting to look alike these days. Almost all of them have swipe/gesture typing, learning capabilities, and, like it or not, stickers and GIFs. When the Microsoft Word Flow broke cover last year, it proposed a rather innovative way of typing with one hand using an arc layout instead of a flat, linear keyboard.

None of that matters now, as Microsoft announced that the “experiment is complete”. Word Flow has always been an experiment, which gave the company some leeway to discontinue it whenever it wants to. It already owns Swiftkey after all, and, indeed, it says that the lessons learned from Word Flow will be incorporated into Swiftkey. Whether that radial keyboard is part of that, only time will tell.

It seems too good a coincidence that Google just announced a new update to Gboard, but one for iPhones only. Gboard is the evolution of Google’s own keyboard with more added features that you possibly have use for. And by “added features”, we mostly mean integration with other Google services like Search and even Google Assistant. 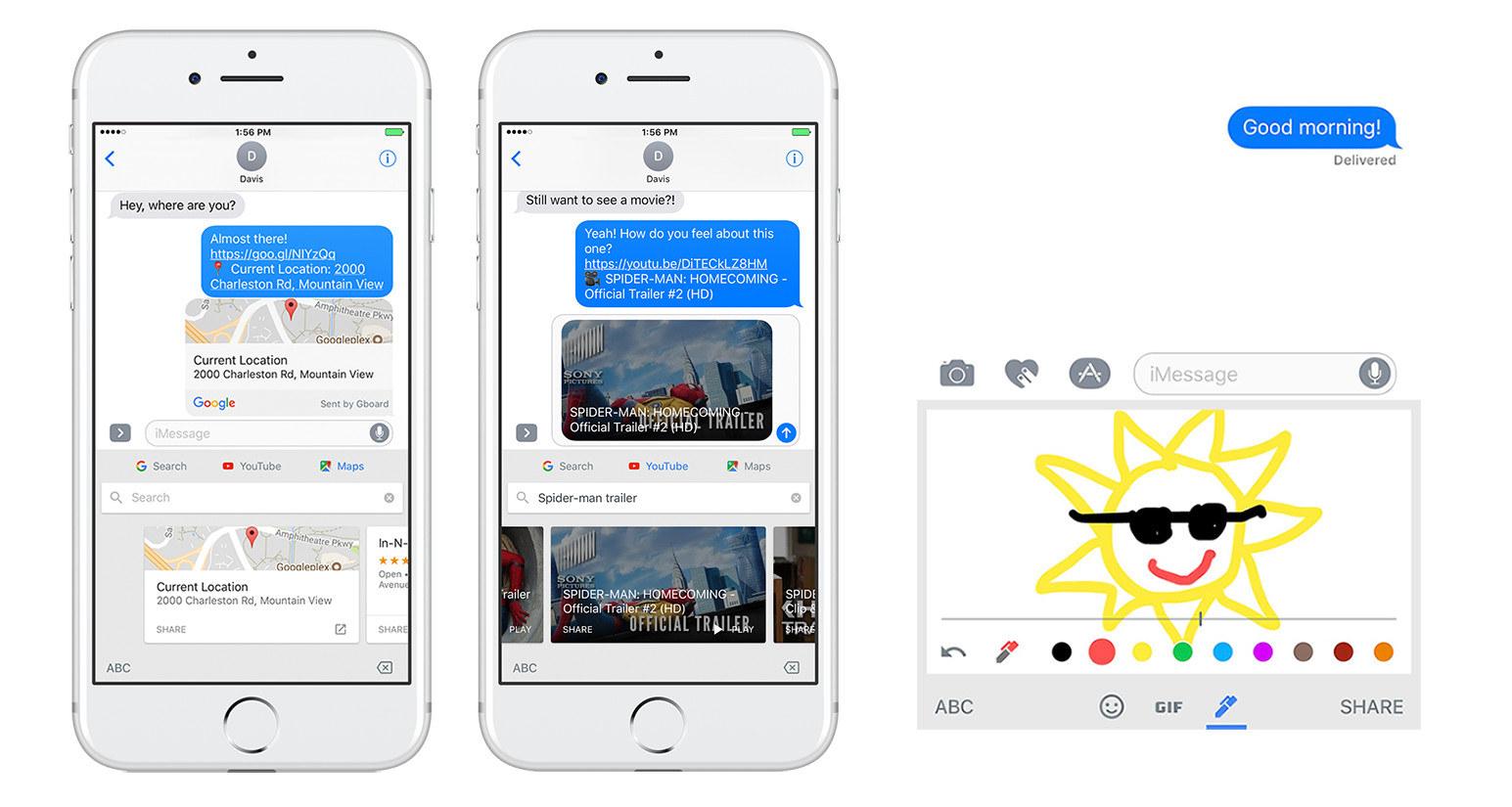 In this update, Gboard becomes integrated with (Google) Maps and YouTube. Simply tap on their respective tabs, beside Search, to immediately share your location or search for that funny clip that you saw. Gboard now also lets you make art directly on the keyboard, something that has so far been limited to specific instant messaging services. Of course, it still requires that the app you’re typing in accepts displaying images and stickers.