Among the major web browser makers, Firefox is still hailed as the most open and most privacy-respecting option around, despite a few hiccups in its history and some problems with performance. Its parent organization, Mozilla, however, doesn’t have the same near limit-less resources as, say, Google or Microsoft or Apple. The not-for-profit organization is always looking for ways to stay afloat, not all of them successful or warmly received. Its latest attempt doesn’t involve ads, fortunately, but does involve users forking a bit of money if they want.

Mozilla always emphasizes its approach to privacy even when trying to make money to keep it running. Some of those revenue-generating projects, however, were seen to be ultimately antithetical to that mission. Sponsored Tiles, for example, reeked of ads no matter how many times the organization insisted they didn’t. This time, there would probably be no such complaints about ads and tracking at least.

That’s because Mozilla’s bright new idea is to resell a VPN subscription. Resell, not sell, because it’s hardly capable of running and maintaining its own VPN service, especially considering where it’s located. Instead, it’s partnering with ProtonVPN for that part. These are the same people behind ProtonMail, one of the privacy-oriented email service providers that were put under the spotlight after Lavabit was shut down during the height of Edward Snowden’s whistleblowing. 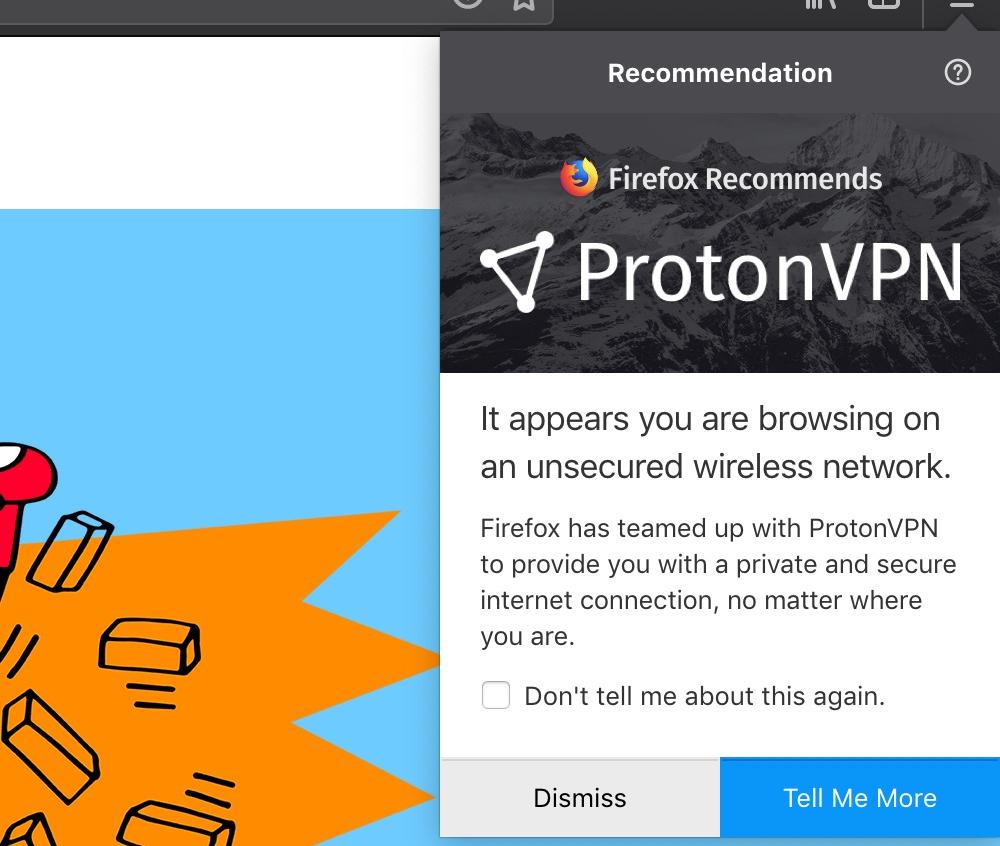 It’s still an experiment for now, though, and it’s not going out to the public. only a small, random group of US-based Firefox users will be greeted with an offer to purchase a VPN service provided by ProtonVPN. The VPN costs $10 a month with a portion of the proceeds going to Proton while Mozilla keeps the bulk. Payment is made through Stripe and Recurly and users can cancel the subscription any time.

It’s definitely a welcome change in direction from the more ad-driven revenue sources that most orgs and companies use. Whether it becomes a source of income for Mozilla remains to be seen. Presuming it won’t also receive the same backlash as it did before for trying to make some profit to remain in business.