Movies Anywhere, the service that allows consumers to watch the movies they’ve purchased on a variety of different services, is adding a new Screen Pass feature for sharing content. With this, consumers will be able to share their movies with friends, enabling them to enjoy more content during their long days stuck at home. There will be some limitations to the sharing option, however, including which titles can be passed on.

Movies Anywhere, for those who are unfamiliar, is essentially a movie locker — you can purchase a movie, then watch it across different devices on popular video platforms like Prime Video, Vudu, and iTunes. With the new Screen Pass feature, users will be able to share up to three of their purchased movies every month to a friend or family member. 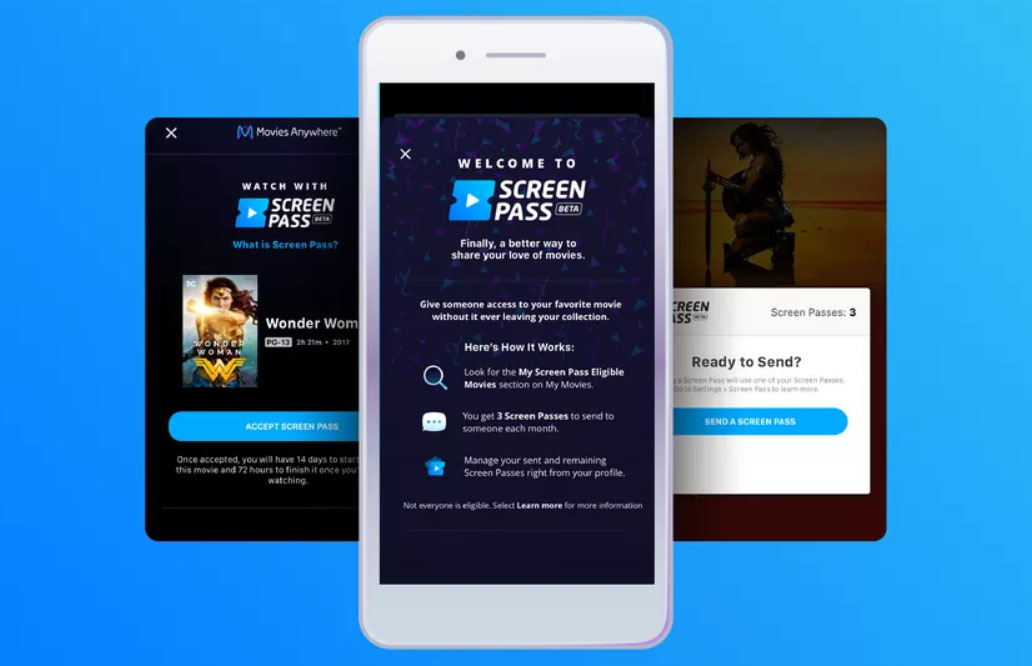 The system will work by offering the recipient access to the movie for 72 hours, which is a bit longer than most digital rental periods. The recipient will receive an invitation to watch the movie, according to The Verge, and they’ll get two weeks to accept it before it disappears.

Unfortunately, failing to use your three monthly Screen Passes won’t result in them rolling over to the next month. As well, Disney is putting a limit on the titles that can be shared — around 80-percent of the service’s movies are available for sharing during the beta period.

Some studios may not allow their movies to be shared with the Screen Pass feature. At this point in time, Movies Anywhere has launched Screen Pass in a closed beta — it won’t be available to everyone until some time later on this year.