Motorola has a plan to make a self-repairing smartphone covered with shape memory polymer material. Motorola’s patent for this idea reveals in part how the device’s smart glass would function. Note that we’re using the term “smart glass” here for ease in explanation – in reality, Motorola’s plan for the device calls for a much more complex piece of material.

In the film The Dark Knight, Morgan Freeman’s Lucious Fox showed Christian Bale’s Bruce Wayne what he called “Memory Cloth.” This is sort of similar to what Motorola’s invention involves. Instead of an electric current, this phone uses heat, and instead of cloth, we’re talking about a transparent plastic or glass-like polymer (smart glass). The result is a smartphone that’s smart in a brand new way.

Motorola’s description of this phone – the phone being an example of phones to come with this technology – seems relatively simple on the surface. The phone would detect any malformation – a crack, for example – on its external smart glass. Once a crack is detected, the user is notified, and action can be taken. 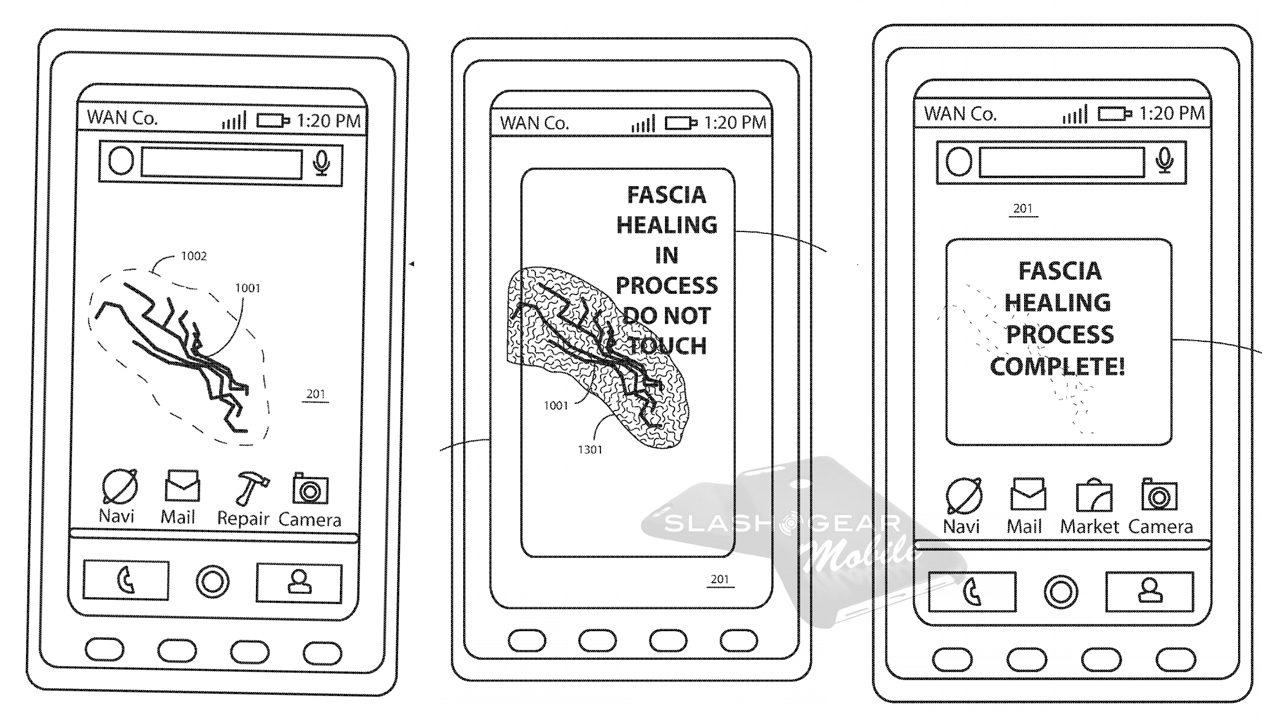 Motorola described the process of this phone’s self-repair with thermal elements. That’s heat from the phone applied to the smart glass from within. This heat would trigger the smart glass’s shape memory properties and the smart glass would reverse the damage. 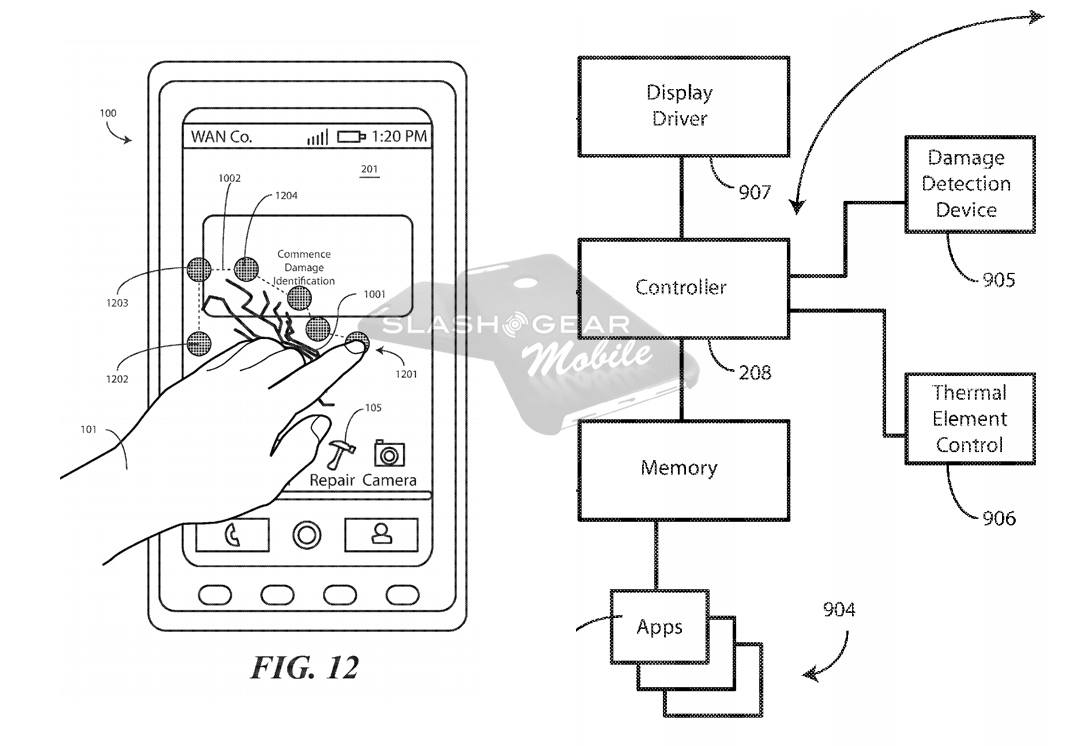 Above you’ll see a drawing from Motorola showing one method with which the user could identify the damage that needs fixing. Encircling the crack on the smart glass could tell the phone which segments need to be reset, and where to apply heat. Also in images here – multiple methods of segmenting the smart glass for localized repairs. 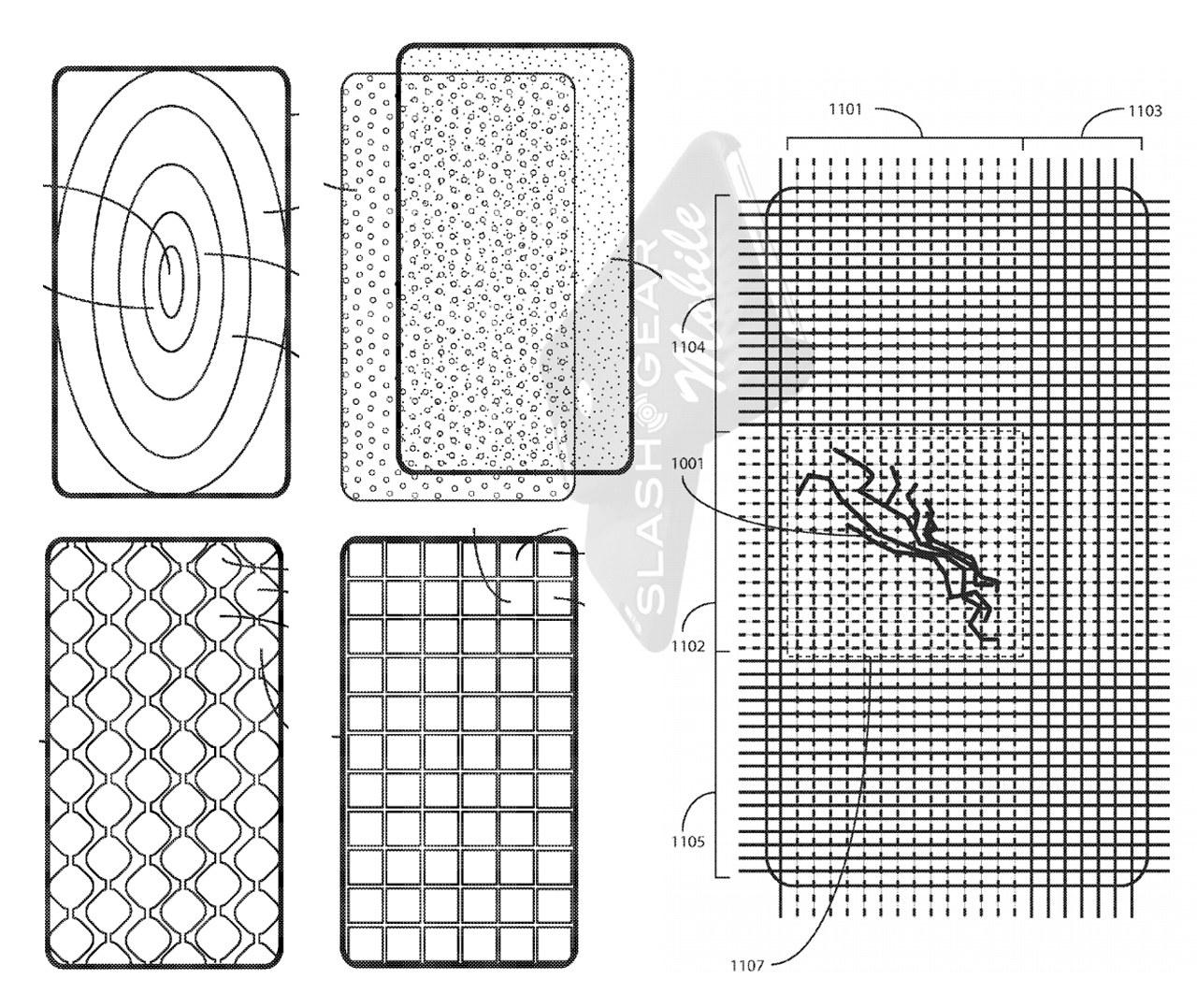 Motorola was careful in their description of this technology to note that they don’t mean it could fix every crack perfectly. They wrote “to reverse at least some deformation” – not all. Especially if the smart glass is shattered, or a chunk is chipped out entirely, there’s no way the phone is going to bring it all back to its original form entirely perfectly. 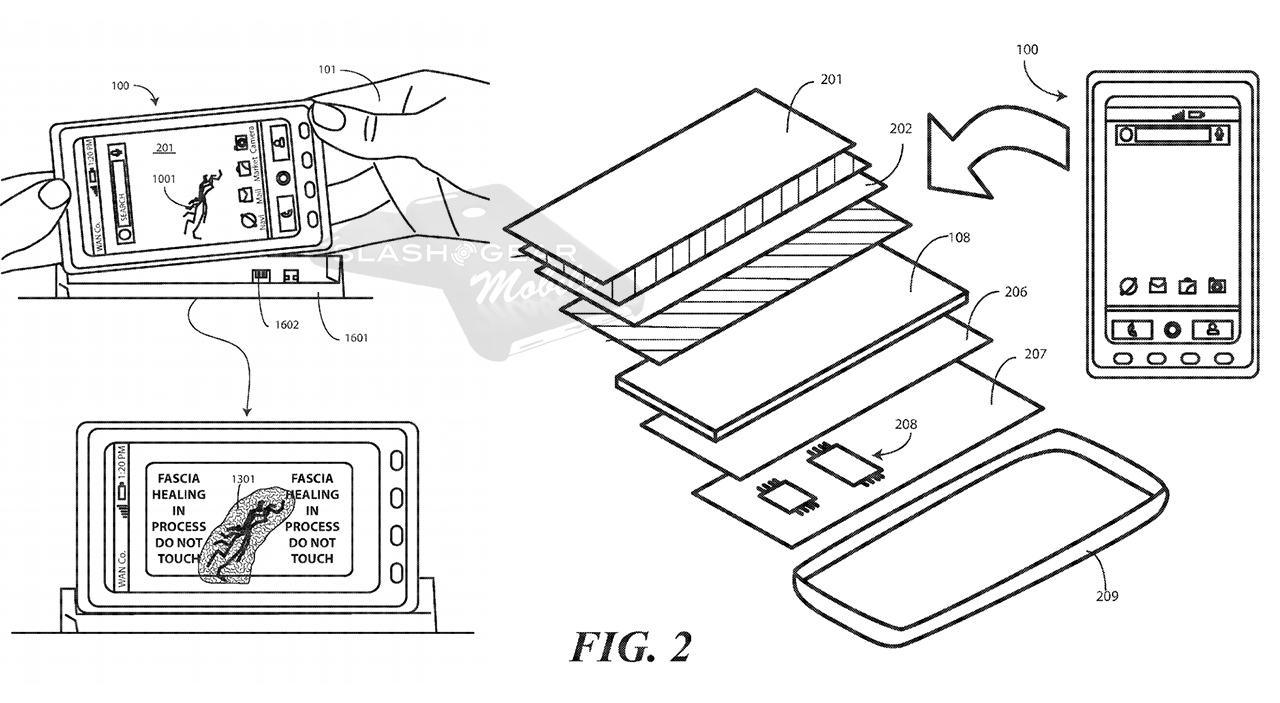 FUN DETAIL: Notice the dock connection images and see the dual-port connection. That connection came in play with the Motorola Atrix back in 2011. It’s likely Motorola’s had this display glass healing technology in the works for QUITE some time now.

At this stage we’re just looking at the original patent papers for the technology – it’s not quite to a place where we’ll see a Motorola Magic Fixit phone this year. If we do see something like this come to fruition, it’ll be a while out. Right now I can’t imagine a self-heating phone making it too far past the drawing board – but who knows?