This week Motorola India made a series of Tweets teasing their next big handset – but in the process, they seem to have tapped in to the wrong sort of market. Tweeting each of the following images with a “#missing” tag, Motorola seems to have inadvertently lead users to a collection of actual missing people, making the appearance of each of their fake Missing People images look like they’re attempting to cash in on tragedy.

What Motorola India appears to be saying here is that because the next Motorola phone will be better than the last, people will not have to worry about disappearing. Being lost, that is, from society because “the phone hung!” 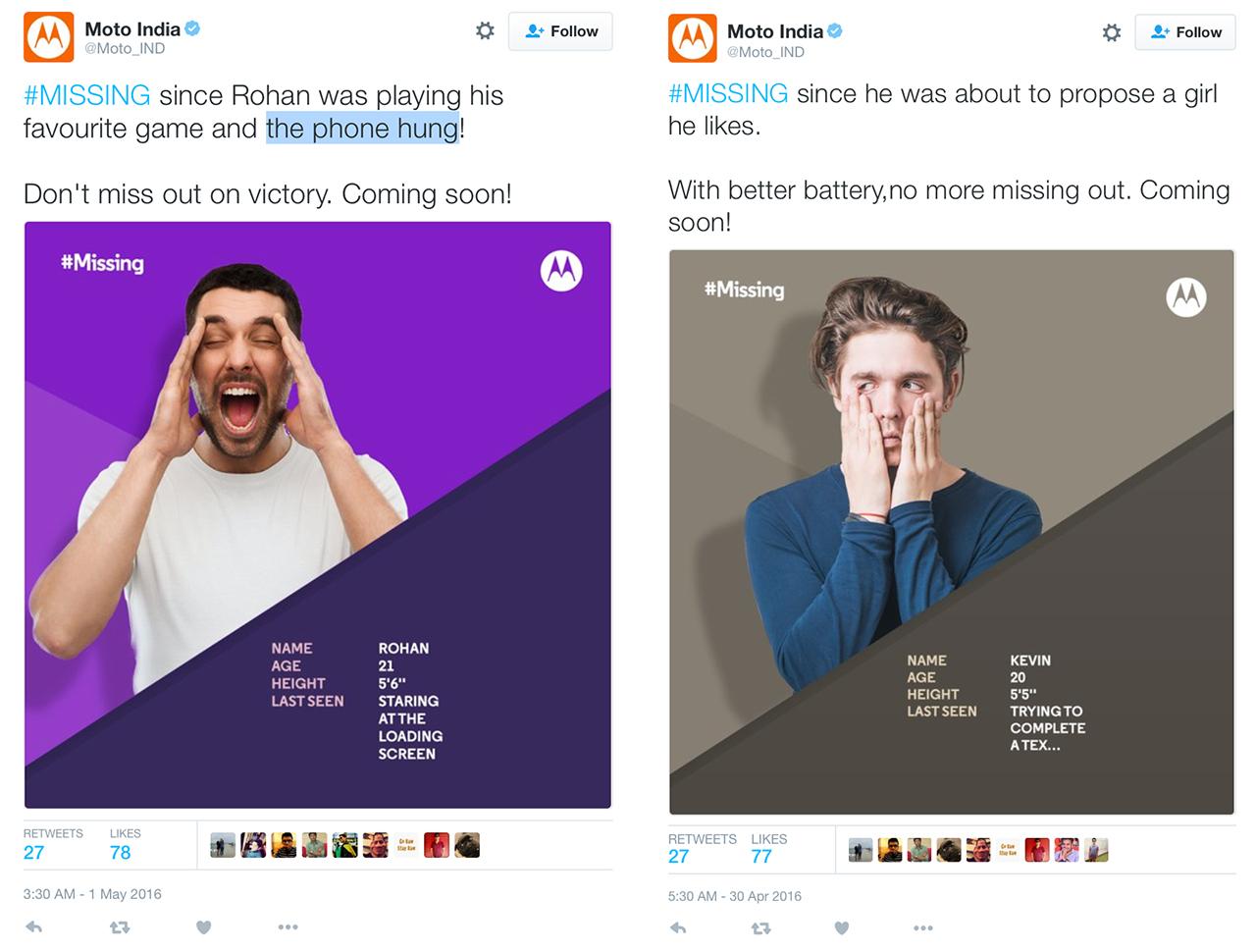 Poor Rohan! He was playing his favorite game! He missed out on victory – now he’s gone forever! Then there’s Kevin, oh god. Kevin was “about to propose a girl he likes” and his battery let up. That was it! He couldn’t possibly ask this girl out on a date after this!

Next is Stacy. She’s living a nightmare.

You see, the autofocus ruined the one photo Stacy was allowed to take of her birthday. She was blowing the candles out on her 18th birthday party cake. She missed that milestone. She missed it! 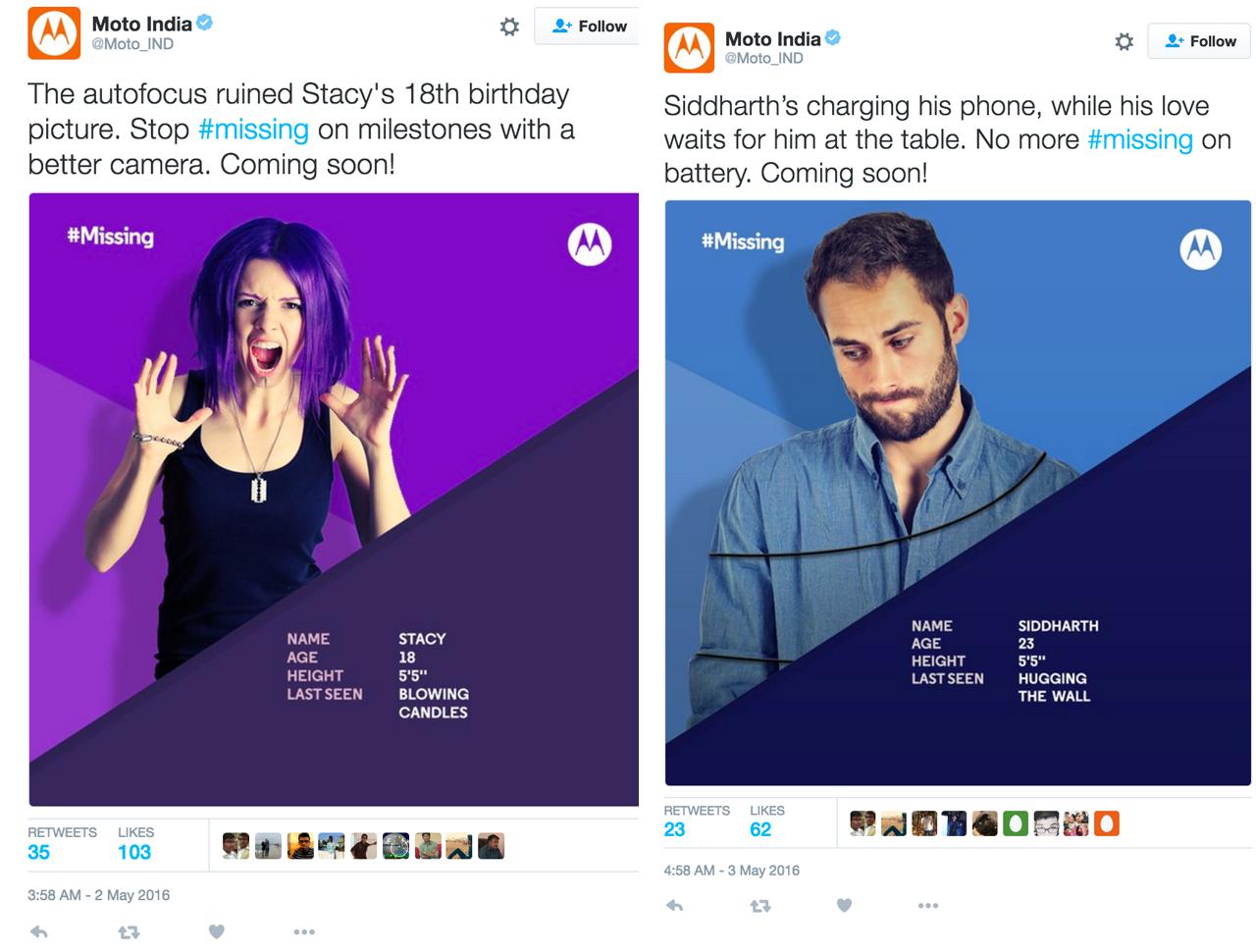 Then there’s Siddharth. He’s really got no excuse for what’s happening. I mean, look at him. He’s got a cord wrapped around his torso.

He’s the same height as everyone else too, 5-feet, 5-inches… wait a second. Could it be that this is a clue? Could the next Motorola smartphone have a 5.5-inch display?

Or is it just that Rohan is the only one that happens to be an inch taller?

Stick around our Motorola tag portal to keep an eye on this situation. We’re guessing it’ll result in a new Moto G first, since that’s what’s giant in India. 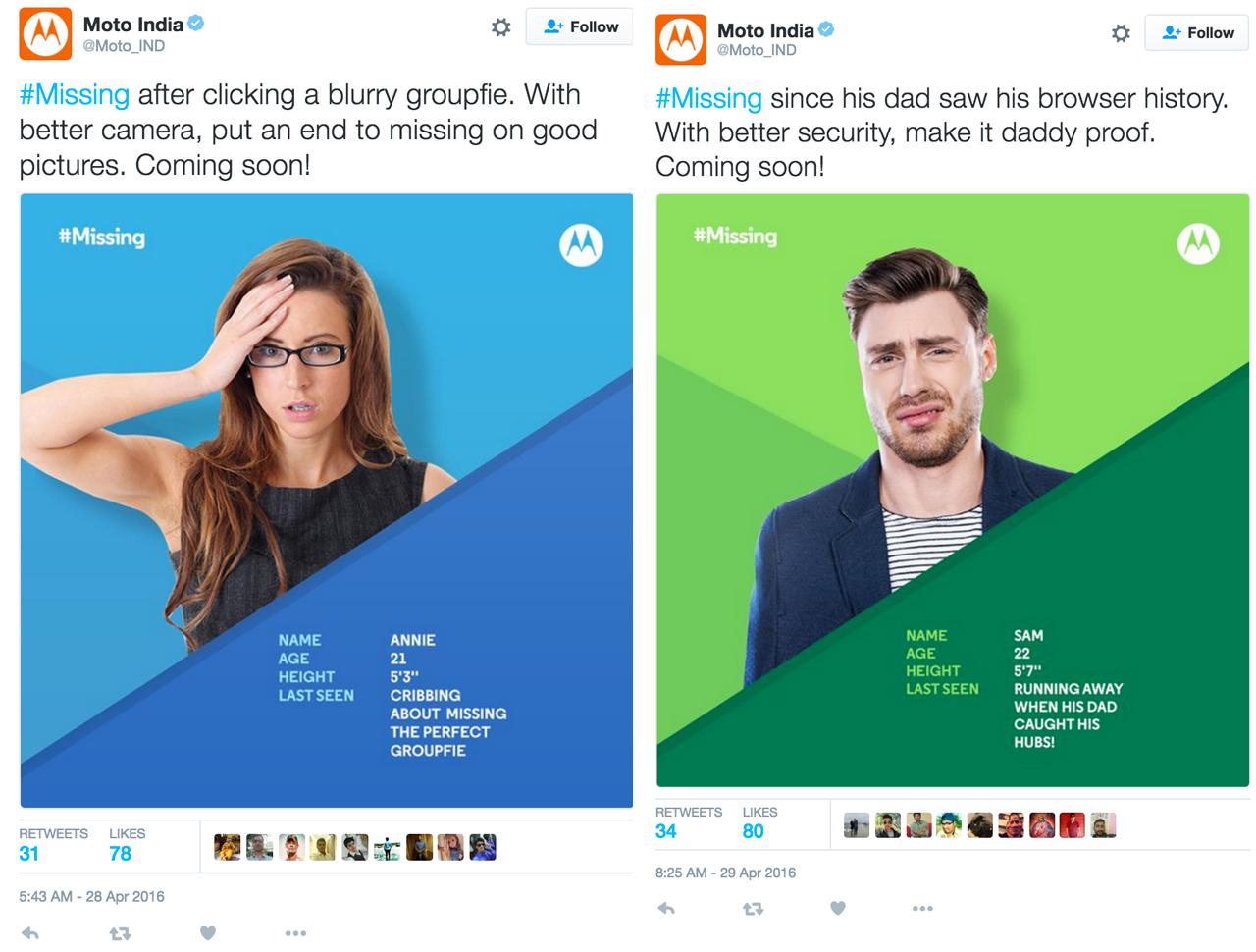 UPDATE: Oh COME ON now. Annie and Sam just need to get their SH** together.