Motorola’s Razr foldable launched a little over a week ago, and you know what that means: it’s time for iFixit to tear it down. Attempting a teardown of a foldable device is something that’s a bit more complex than a teardown of a more standard smartphone, but regardless, iFixit was determined to get inside this phone and see just how repairable it might be.

If you were expecting the Razr to be a pain to repair given its foldable design, guess what? You were right. iFixit’s teardown found that much of the phone’s important components are in the bottom half of the device, with the hardware for a second battery, the cameras, and the external display on the upper half. Thus, iFixit’s teardown began with the bottom half of the device, but before breaking into the Razr, iFixit noticed that there is a slight gap between the display and the hinge. 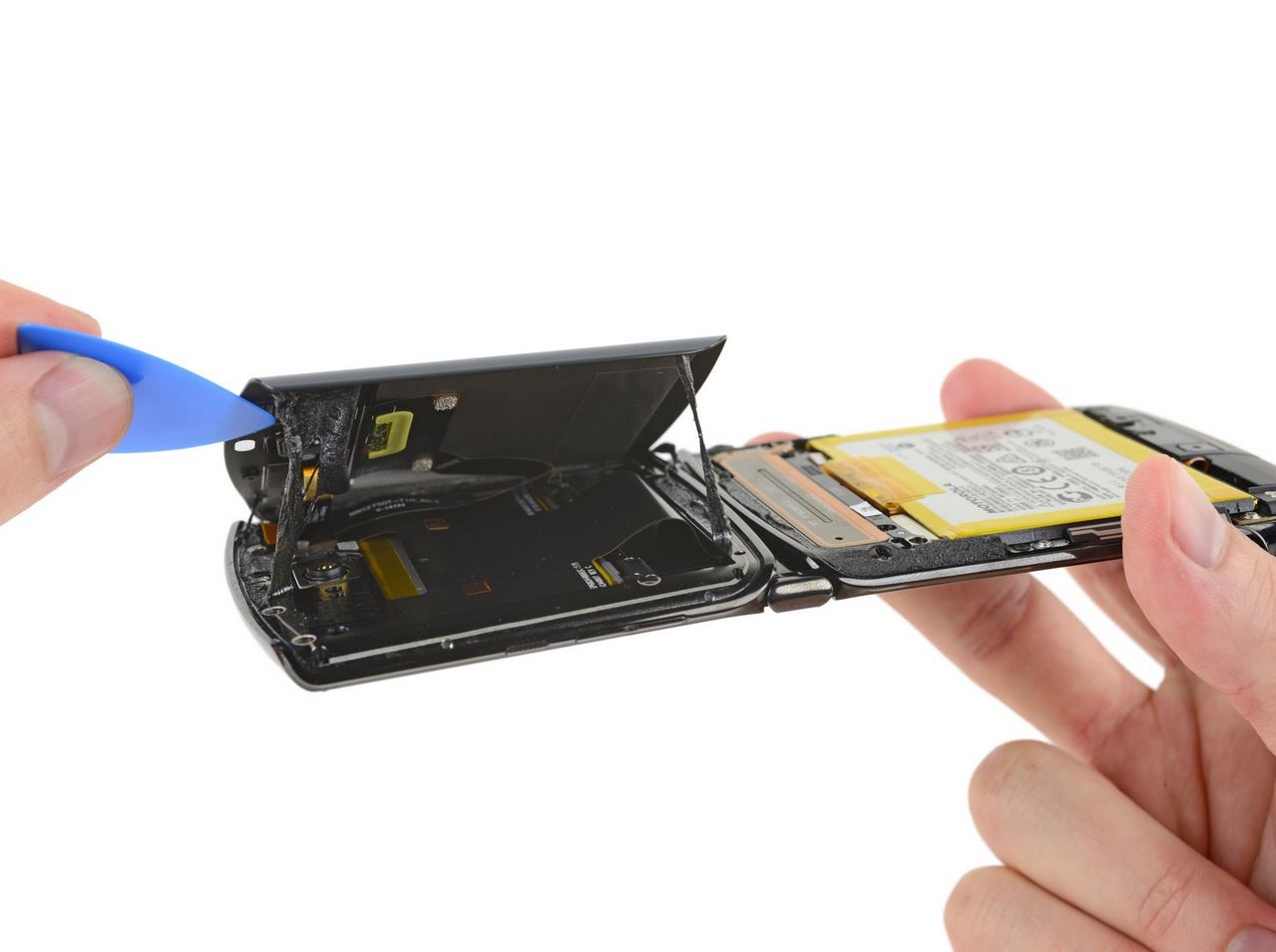 With that rather important note about the hinge out of the way, iFixit begins its teardown by removing the lower, rear panel, which requires heat and some glue slicing before it comes free. The rear-top panel housing the external display is similarly glued in place, and the battery in the bottom half of the phone needs some “alcoholic coercion” as iFixit puts it before it can be lifted free. 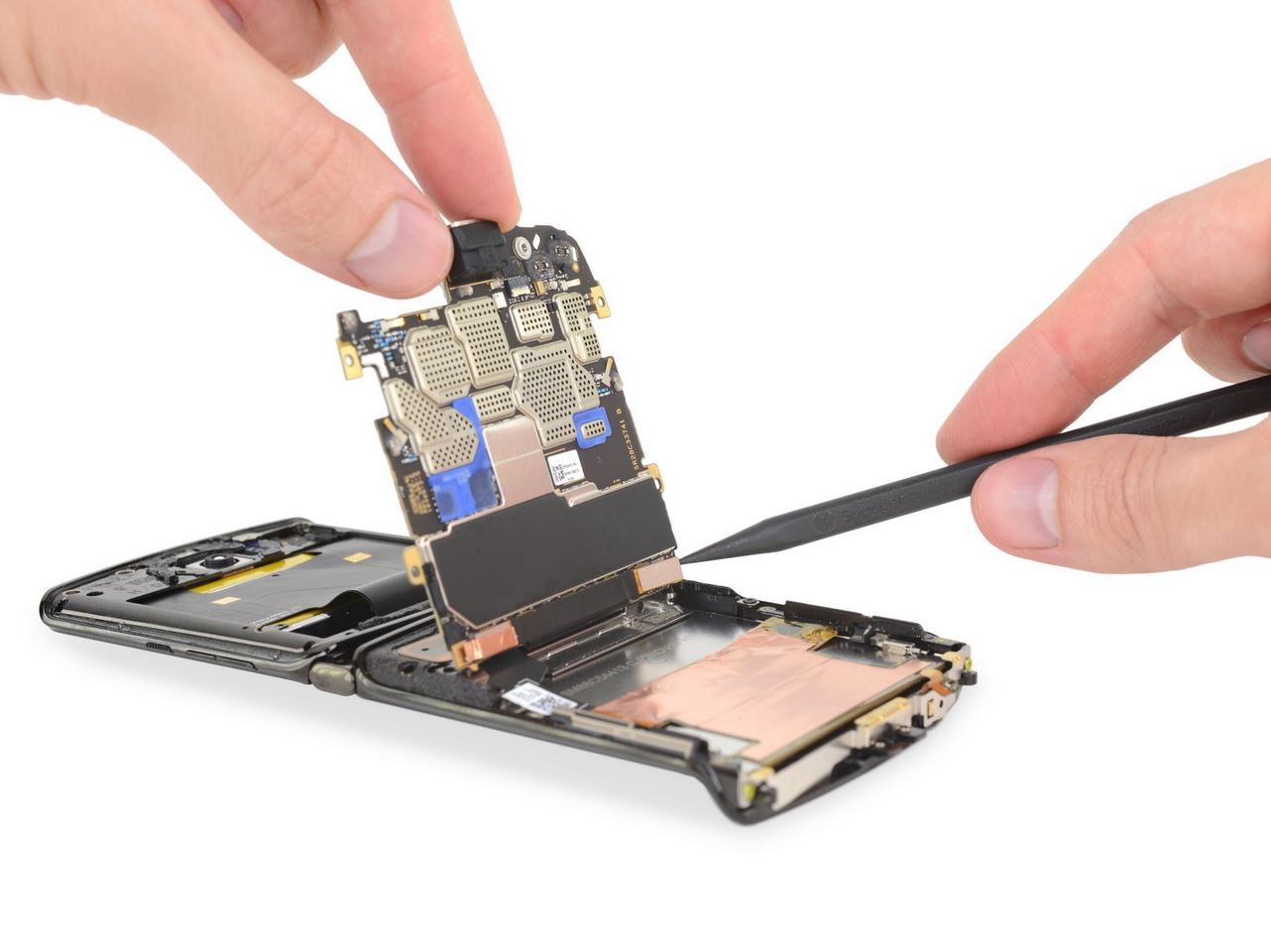 With the lower battery removed, iFixit is able to gain access to the motherboard, which among other things includes Qualcomm’s Snapdragon 710 processor; 6GB of LPDDR4 RAM and 128GB of storage which are both from Samsung; and separate low band and high band 2G/3G/4G modules from Skyworks.

Here’s a bit of bad news: in order to get the second battery out of the top half of the phone, you’ll need to remove the display first. That means a battery replacement will require a nearly total teardown of this phone, and given that iFixit said that display removal wasn’t easy, we’re guessing that it’s not something the standard DIYer will want to attempt on their own. 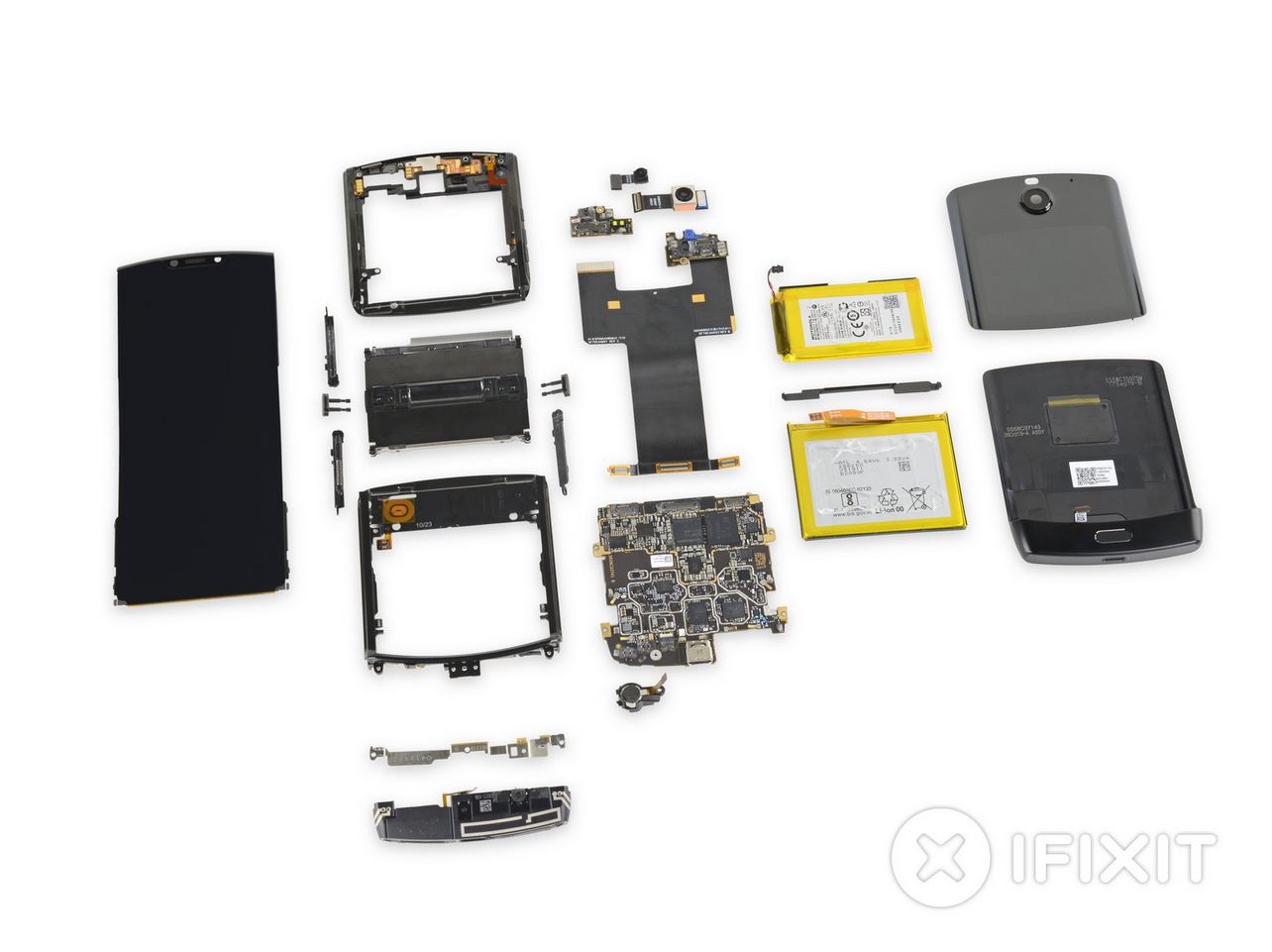 Indeed, in the end, the Razr is given a dismal repairability rating of 1 out of 10, which is one point lower than the original Galaxy Fold. The Razr earns praise for the fact that the only screwdriver it requires is a T3 Torx, but it loses points thanks to that caveat about battery replacement. Other negatives include the fact that all of the phone’s covers are held down by glue and that the charging port is soldered onto the main board, making replacement difficult.

In the end, though, iFixit didn’t expect the Razr to be a repair-friendly device, noting that “just bringing this impossible gizmo into existence was such a tall order that we’re not surprised serviceability didn’t make it into v1.0.” Be sure to read through iFixit’s full teardown of the Motorola Razr, especially if you’re curious about how the phone’s hinge functions.