Motorola One Vision leak leaves nothing to the imagination

It seems that Motorola may not be that keen on launching a premium phone this half of the year. Naturally, we’re all just hanging on to whatever mid-range or even entry-level product it is rumored to have in the works. One of the most persistent in rumors is the Motorola One Vision and, at least based on this nearly comprehensive leak, it might be an interesting mix of components.

The “Vision” part of its name might come from its screen, which Motorola will allegedly dub “CinemaVision”. If that rings bells, that’s because it is like Sony’s CinemaWide screen on the Xperia 1. In other words, the Motorola One Vision’s 6.3-inch LCD panel will have a resolution of 2520×1080, a.k.a. a 21:9 format. The only difference with Sony’s version is that this one has barely any bezels and even has a punch-hole cutout to save space.

Inside, the phone also has an odd component, a Samsung Exynos 9609. This is reportedly related to the Exynos 9610 in some Samsung Galaxy A phones, making it a little more powerful than your average mid-range phone. This is also one of the few times that any other OEM aside from Meizu used a Samsung chip. 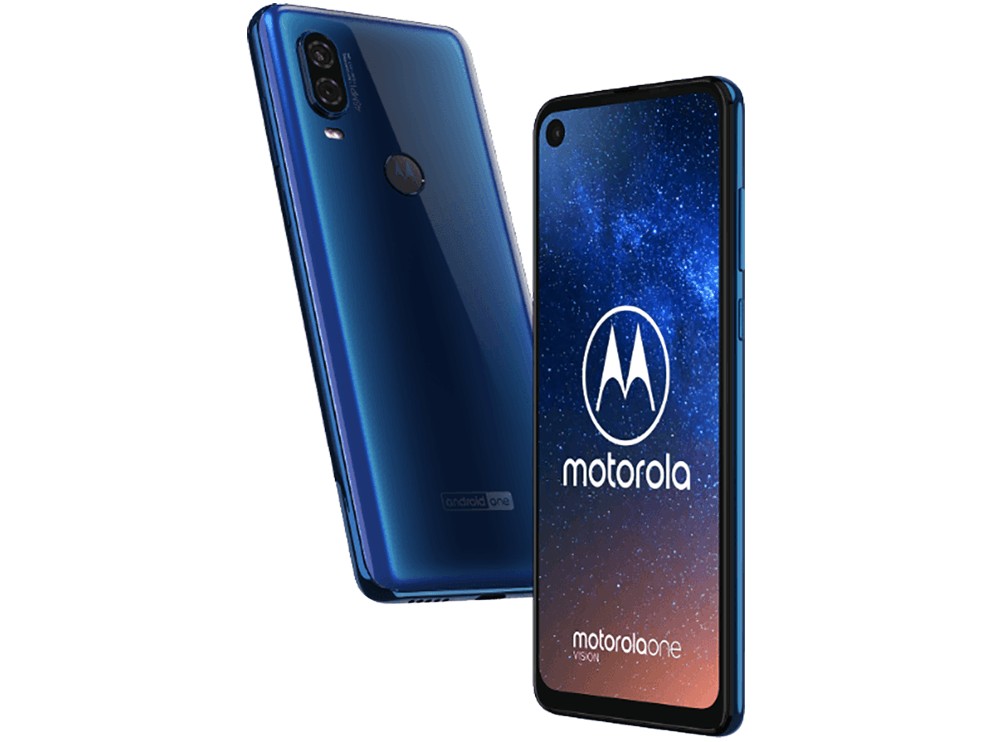 Considering there is no high-end Moto Z phone on the table, the Motorola One Vision is likely to be the company’s most interesting handset this half of the year. Available in Blue and Bronze color options, the phone is expected to retail for 299 EUR ($335) starting May 16. As the name suggests, it will run Android One though Motorola hasn’t exactly been known for its fast updates even for its other Android One phones.