Today we’re having a peek at the Moto Z3, a smartphone that’s been revealed after its alternative edition. But why? Why release an “A” version of a phone after we already know what the “B” version looks like, acts like, and costs? Today it would appear that Motorola waited to release the Motorola Moto Z3 now because it’s headed to Verizon exclusively, and it’ll be the first smartphone in the world which “you will be able to upgrade to 5G.” But you’ll need a Moto Mod to do it.

This is one of the reasons why modular smartphone components seemed like a good idea in the first place. You can release a smartphone now, then when new technology comes along later, you can just plug it right in. Verizon and Motorola decided to make this happen with the Moto Z3, the latest “Z” smartphone in a line of modular phones with a component element. That element connects to Motorola’s “Moto Mods.”

We’ve known about and have reviewed Moto Mods for several years now. They’ve been all sorts of neat, working with many different components and ways of connecting to the smartphone proper. There’s a projector mod, there’s a battery mod, there are a bunch of fashion mods, and there are a couple of pretty great speaker mods.

Now Motorola and Verizon are pushing 5G with a smartphone that’s available now, but won’t get 5G until later. And that 5G will be delivered to the phone with a Moto Mod, which users will need to attach separately. So you won’t be able to get 5G speed until you get that Mod attached. Imagine that. 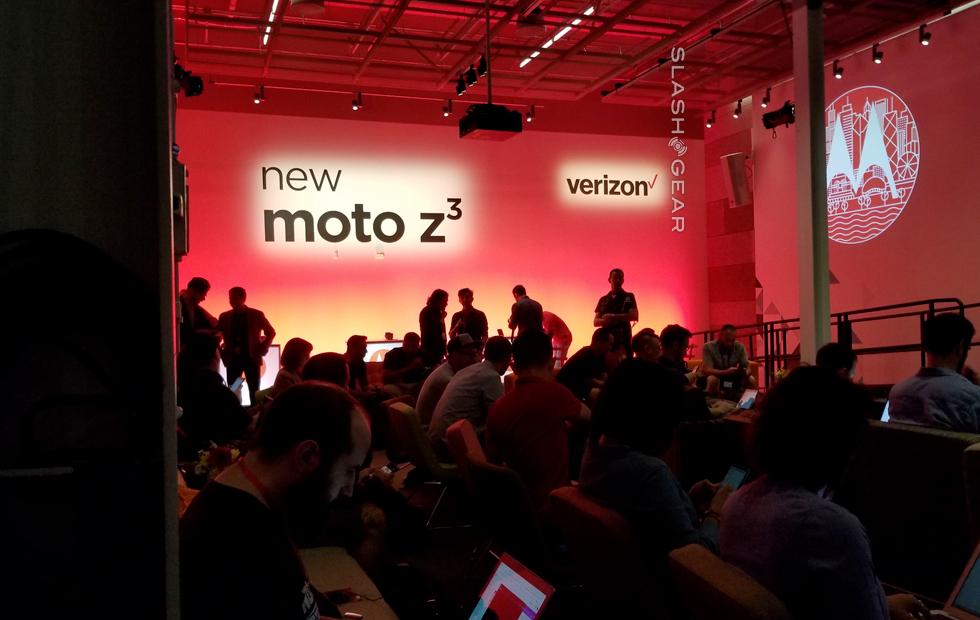 Pricing and availability for the 5G moto mod will be announced later this year, but we get to know about the phone itself right now. “The moto z3 will be available in the U.S. exclusively through Verizon starting on August 16 at $20 a month for 24 months on the Verizon device payment plan ($480 retail; 0% APR). To make it easier to move to 5G, we’re offering up to $300 off a new moto z3 on our device payment plan when you switch to Verizon and trade-in your old phone.”

Stick around for more information on this phone as we explore the ins and outs of the Moto Z3 right up close and personal. We’re at the Motorola event in Chicago where we’ll get closer than your eyeballs will be able to handle.