As Motorola ramps up for their next big hero phone, the details appear to be stepping a bit closer to the public than we must assume the company would want. Here with the Moto X, the Google-owned smartphone manufacturer has a unique vision for the smartphone world, one where the user is able to select their own physical build. This has been teased by the company itself, but leaked in a variety of photos of the multiple color casings users will be able to select as well.

What we’ve seen thus far are several colors, many of them matching up well with Motorola’s newest logo. This new logo has a ring of colors surrounding the Motorola “M” with 12 selections available, this not including white, black, or any grays. Through a set of images from NWE this week we’re starting the party with blacks, a white textured back that may instead belong to a larger device called DROID Ultra (for Verizon), and some frontside panels as well. 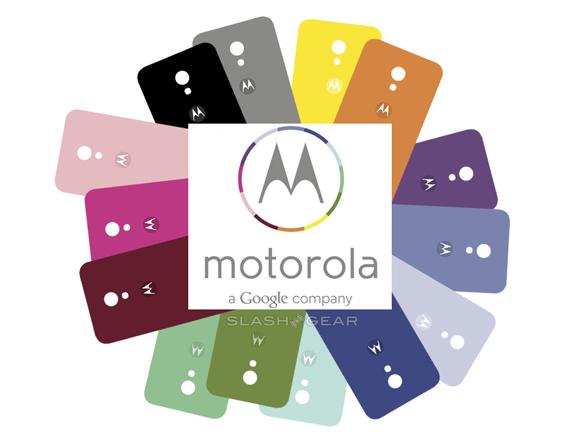 The story is that the Motorola Moto X will have the ability to work with a custom back panel with engravings selected by the user. This version of the phone will be custom-ordered from Motorola online and will be shipped directly to the user.

There’s also a version that’ll be appearing in stores that’ll have no customizations beyond the color backs available in stores, this ringing true with the common white-or-black choices many smartphones work with today.

This device has been tipped to be working with an 8 megapixel camera on its back, a dual-core processor from Qualcomm under its hood, and a 720p display up front. This device is not going to be aimed at beating the competition with a specifications war – this machine is going big with unique options at the outset.