Apple loves aluminum, and glass, and combining the two forms some very beautiful — and fragile — mobile devices. Their iPad lineup is among the more delicate, and with a large surface areas and thin profile, we tend to have trouble not scratching or busting them up. As devices edge toward paper-thin, we’re always looking for ways to protect them. For iPad, Moshi has created the VersaCover, an all-over protective case that has some interesting viewing options. It also pinches some of Amazon’s cool we loved with the Fire Tablet’s cover.

VersaCover is one part plastic shell and one part screen protector. That screen protection doubles as the backdrop for keeping your tablet upright when not in your hands, but more on that in a minute.

The inside of the leatherette cover (it feels leather, Moshi isn’t saying what it is) is microfiber, so you won’t have to worry about scratches. There are two small dots, and again — more on that in a minute. 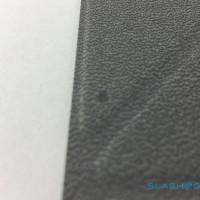 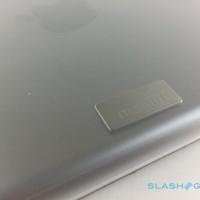 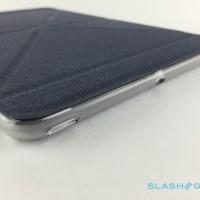 The plastic shell is slim, adding a minimal amount of bulk to your iPad. Moshi also left things like volume, speaker, and the lightning port open via cutouts. The power button in the iPad mini is covered with a faux button (for some odd reason), but it works fine. The tablet slides in remarkably easy, but is securely held at the same time. 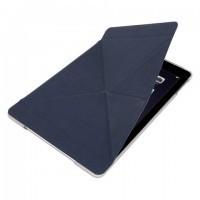 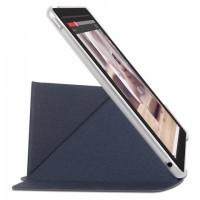 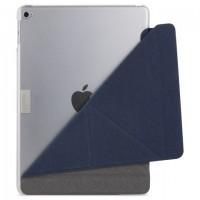 Folding the cover (I promised we’d get there) is done with one motion — pair those two small dots on the inside cover. Pinch the cover to join the dots, and you’ve got your origami tripod. We liked it when Amazon introduced it with the Fire Tablet cover, and we love it for the iPad, because we also love apps and services. 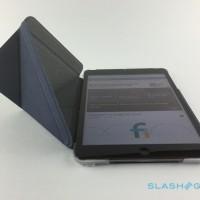 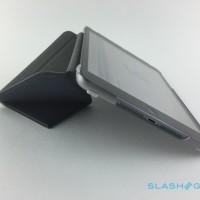 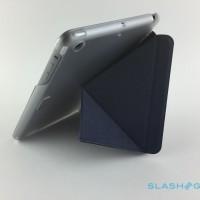 When folded, you can stand the tablet up in portrait, but also two modes of landscape. The ‘taller’ landscape is a bit too upright for my taste, but portrait is wonderfully tilted. The secondary landscape mode is fine, but has a large footprint because the cover needs to sit behind the tablet, not quite under it.

Unlike Apple’s iPad covers, the more upright landscape mode is solid; I never feel that mode is quite right with Apple’s cover. Though the VersaCover supports Apple’s auto-wake/sleep feature, I didn’t like that it took some time before the cover was pliable enough to not gap after use. After folding it a dozen-or-so times into a standing position, that rigidity went away, but it’s certainly bothersome at first.

The VersaCover starts at $49.95, and is worth every penny for overall iPad protection. It’s not without slight issues, but is still an overall great iPad case.