This is the Mortal Kombat you’ve been waiting for. Gone are the sweeping orb-like arenas of the 2000s, gone are the overly-complex schemes of the Kombat episodes of the lost era. Mortal Kombat X is a blood-stained dream come true: everything that made the original Mortal Kombat series a hit mixed with the graphics and technical finesse of today. While I’ll always be a fan of the original lineup, even the new characters are fun to play and interesting to learn about – imagine that!

I got my first Sega Genesis in the early 1990’s, and the one game I wanted more than anything else was Mortal Kombat. I got it – then I got Mortal Kombat II, then III. Eventually I purchased Ultimate Mortal Kombat III, and I had to stop.

At this time, the Genesis sits under an old television set with Ultimate MK3 inside, ready to be played. All other games (save the other MK titles) sit deep in a closet somewhere. 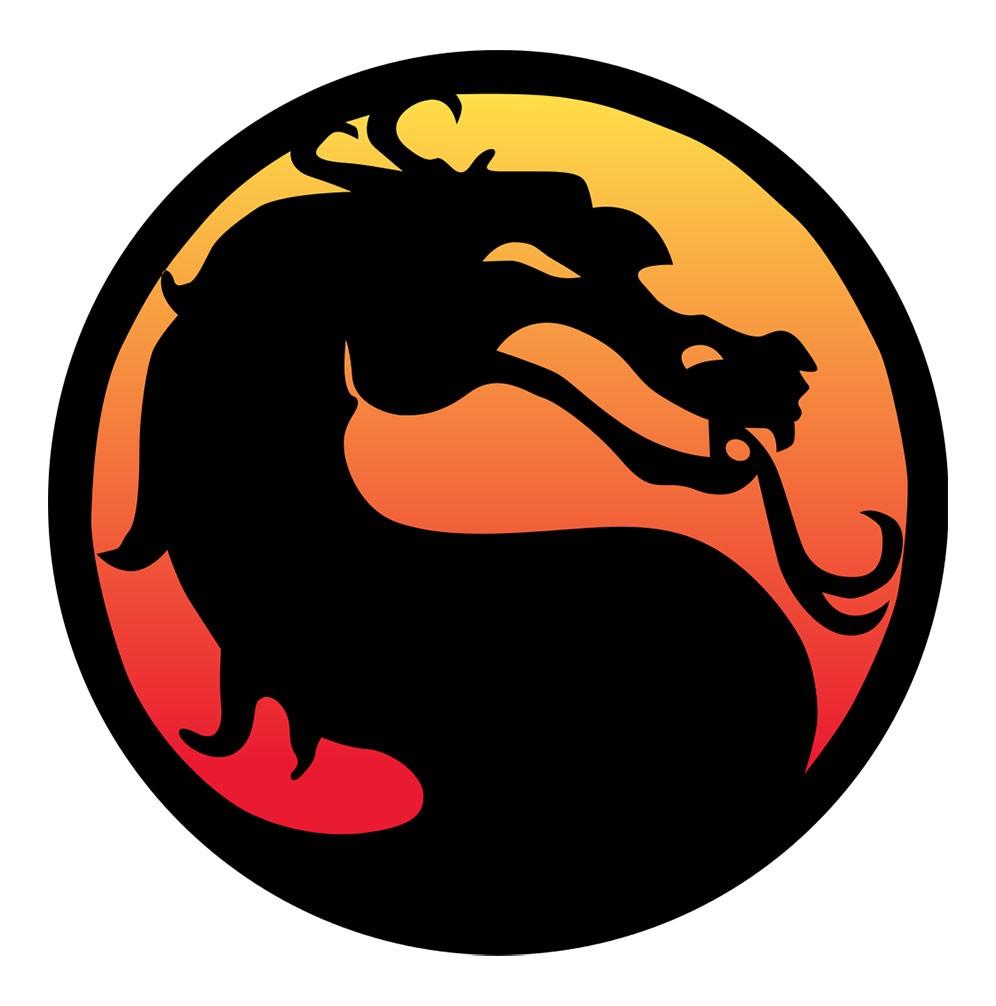 Over the years I came to know what I considered the ugly side of the MK franchise. Arcade hits on a 3D plane. Strange new characters that never really captured my imagination the way the original several crews did.

Imagine my surprise when MK9 was released. Amazing! Finally we’ve returned to the greatness I once knew! But lo – the story was thick, the characters still weren’t adding up, and everyone looked rather beefy, nearly nude without reason, or had giant dragon wings.

Fast forward to now – 25 years later in the in-game timeline and 4 years later here in our standard Earth Realm. It’s time. Mortal Kombat X is here, developed by NetherRealm Studios and High Voltage Software, and it’s been given a massive launch platform with the current iteration of Warner Bros. Interactive Entertainment.

Of course we’ve only had the short version for a day – and this isn’t a review of any sort of multiplayer elements – but the bones to this battered beast are here. Everything we’ve seen so far – everything – adds up to a fantastic rebirth of the Mortal Kombat universe.

Above you’ll see Scorpion vs Sub-Zero. This classic match-up should serve to show you how different, and yet strikingly familiar, this arena is to the original. While we’d love to see some more diversity in the freezie-pop animations here, there’s still lots of room to grow.

NOTE: We’re working on getting better quality video transfers at this time. Our capture system has failed for the moment and we’re relying on transferring video to Facebook, then back down to the desktop, then back to the editor and out to YouTube. So there’s some degrading of graphics.

This is the PlayStation 4 version of the game, also, so expect far more deeply-shredded bodies once we get our hands on the PC edition.

Below you’ll see the character select screen. Notice the multiple styles you’re able to choose from – along with the retro screen selection flare. 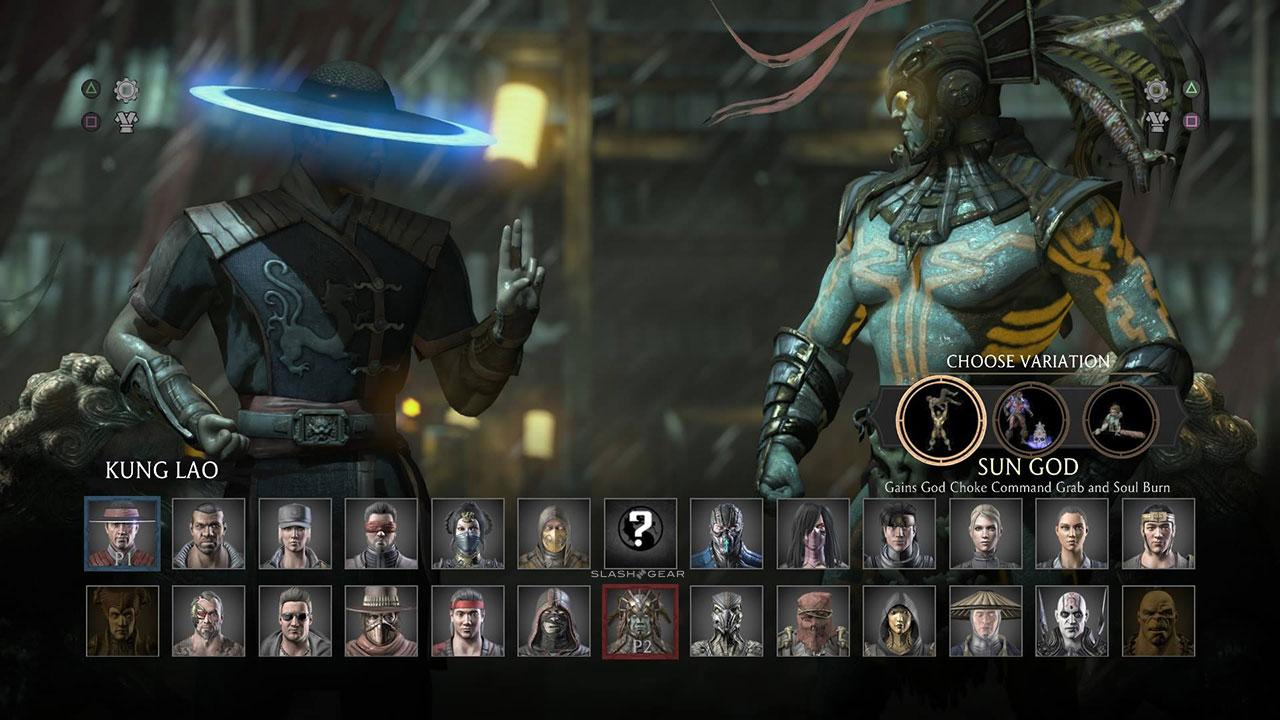 While you might be missing some of your favorite characters – odd ones like Baraka, for example, several characters have returned with new faces. While this is by no means official word, we have a sneaking suspicion the inspiration for this character came from the Native American character Nightwolf, offensive ancestral fight moves and all! 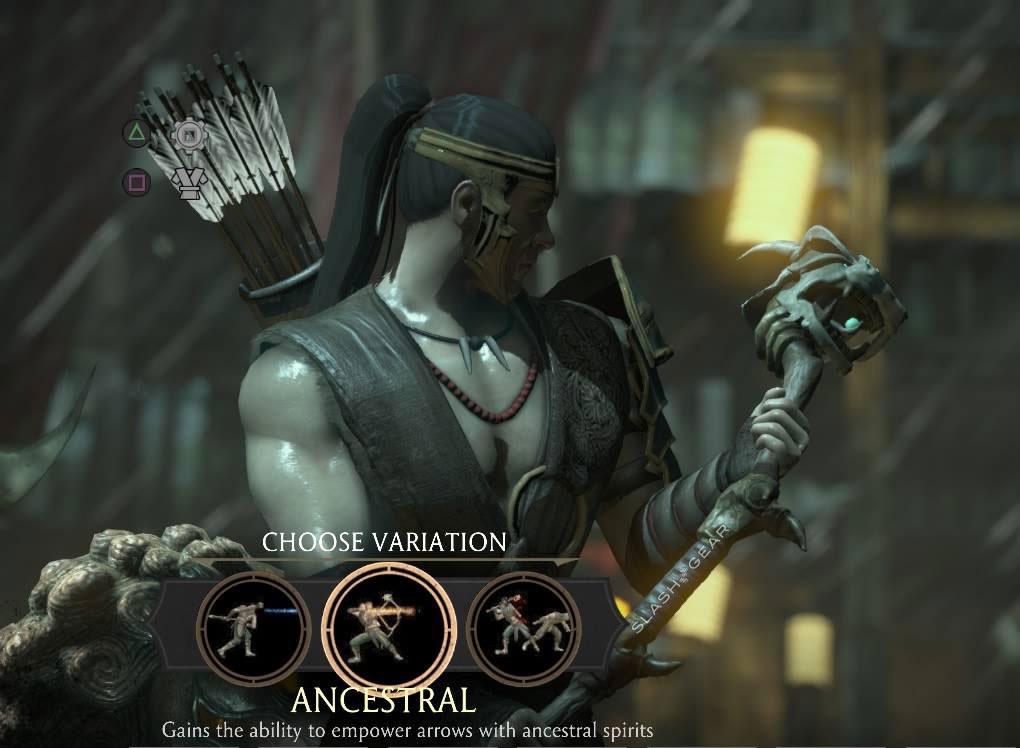 The following fight shows how nasty this game can get. While there’s much beauty in the atmosphere, there’s also some really, really vile stuff going on here. Behold, the Ichi the Killer mouth of Mileena.

If you want to get extra gross with it, please feel free to join the faction “Brotherhood of Shadow.”

This game works with five “Factions”, as it were, each with their own unique aims and goals – and they’re all fighting against one another. Joining one faction means you’re earning points for that faction with other players around the world. 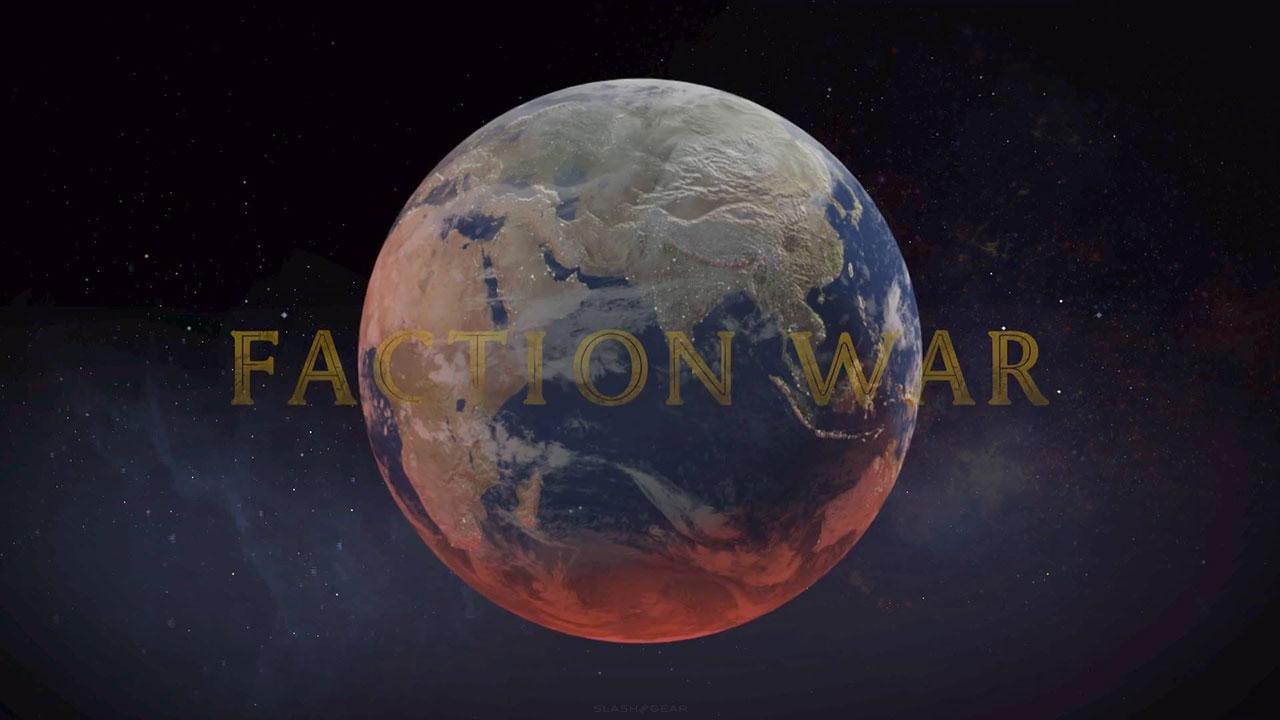 At the end of each Faction war – we’re not sure how long each war lasts at this time – the Faction with the most points wins. 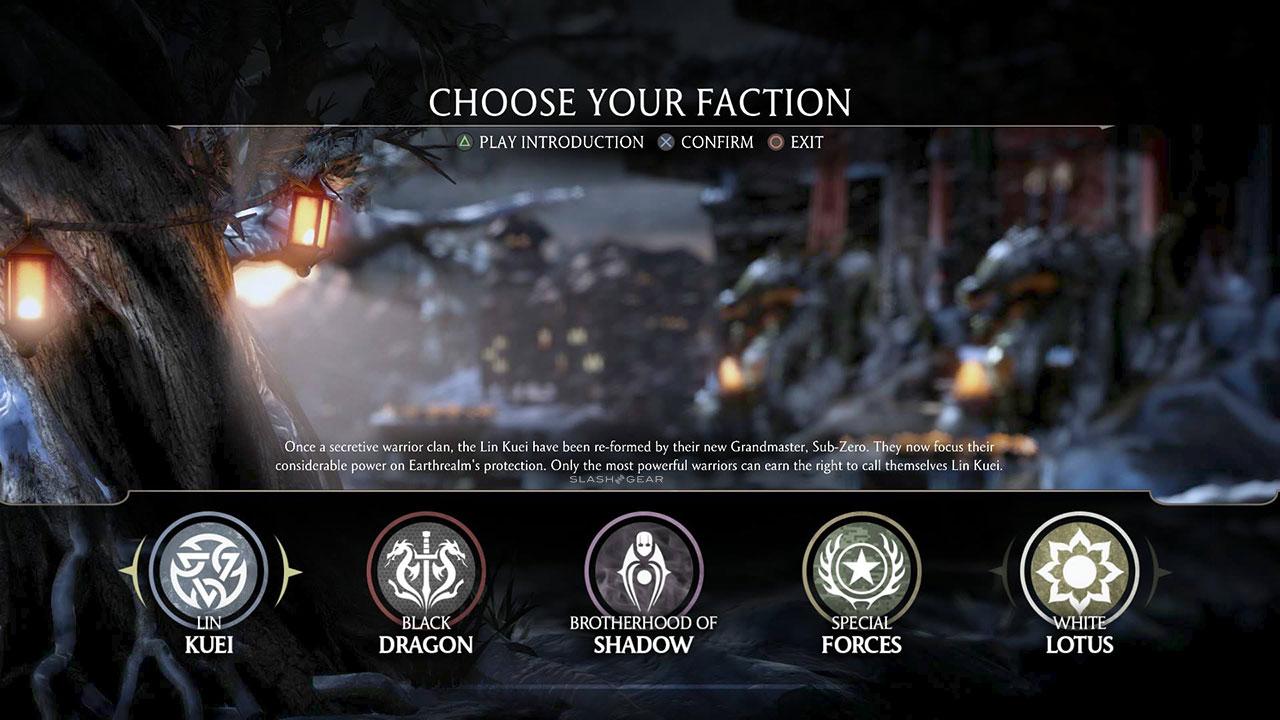 Make sure you’re on the right side – not that it’ll matter to which character you select or how they fight.

As always, Mortal Kombat is about bashing whichever opponent you’re up against, no matter their allegiance. Pitting eternal enemy against eternal enemy, sister against sister, and father against son. Behold, Takeda vs Kenshi.

As you witness each of these videos, pay close attention to the accurately scaled bodies – even the odd characters, non-humans and the like, look realistically shaped and proportioned.

Watch a character – well, characters – like Ferra & Torr look terrifyingly plausible due to this design team’s deep understanding of what a body can and can’t appear to do. Not that an uppercut really does that – but still. This isn’t just a bunch of lumps piling up against one-another.

NetherRealm have included the replay function – done as a list here this time around – along with button combination mapping. Perfect for learning what you did, what you did wrong, and how you did it. 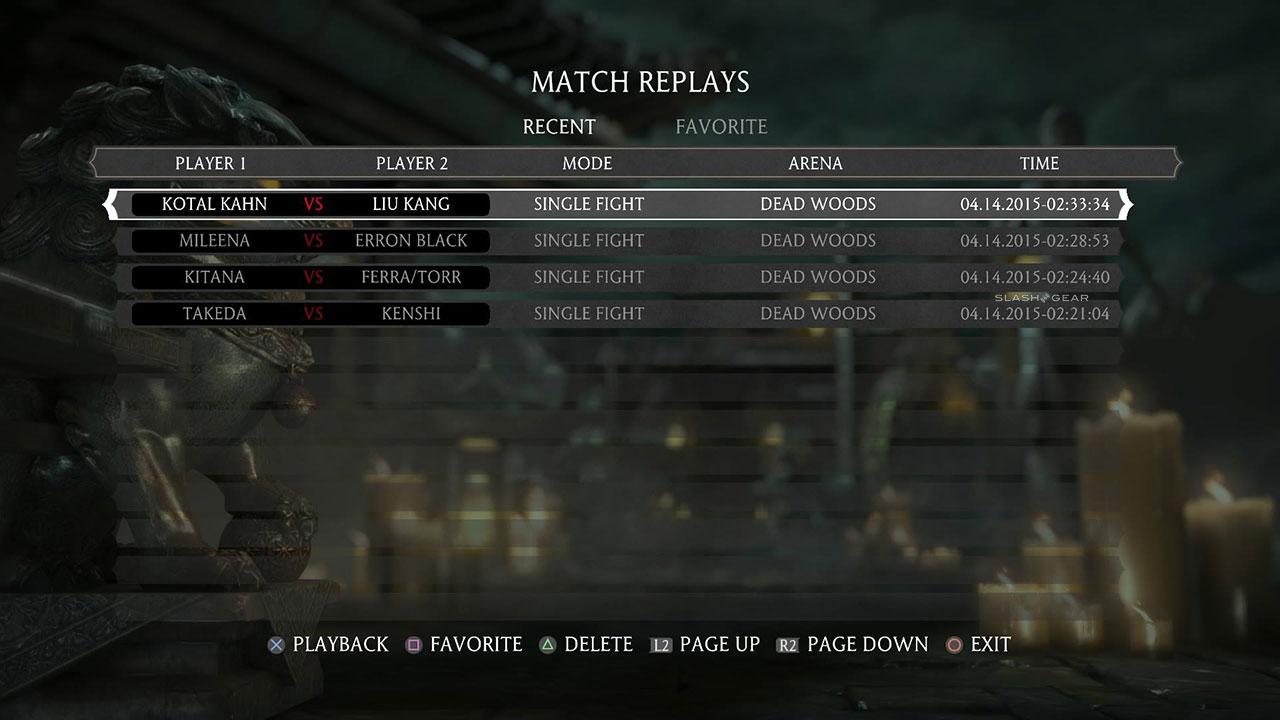 A friendly reminder here – while you can choose the most classic of characters, like the thunder god Raiden himself – new additions like D’vorah are done very, very well. New characters as well as old are a joy to take part in learning how to control and master.

Don’t expect to win against Liu Kang the first time you take him on – but don’t worry: even losing can be fun when there’s this much blood.

NOTE: You’ll notice that most of the videos above contain the same environment. This too was due to the limited nature of the early review copy we received for PlayStation 4. Far more is available in-game. Stay tuned for more.

Again, this isn’t the end. We’ve only experienced the most important chunk of the game – basic fighting action. We still have to check out multiplayer, learn all of our button combinations well enough to perform real heavy-hitting action, and roll with multiplayer at home.

Until then – know this: Mortal Kombat X is a masterpiece of shattered bones and fun-filled mayhem. This is the first great fighting game of this generation, and it’s a fantastic benchmark for all opponents to strive for.

Now back to war, and the awesome satisfaction that comes with having your spine shattered immediately before getting up to rip your opponents intestines out for the match. It has begun.