If all goes well, gamers will get their hands on the latest installment of the blood and gore Mortal Kombat franchise this week. But if you’re still on the fence about spending some dollars on the game, maybe you’ll want to get the free to play mobile Mortal Kombat X game just to whet your appetite. Or not. While the game does posses the characters, factions, locations, and some of the high quality graphics promised in MKX for consoles, that’s basically all there is. It’s as if the game was designed to disappoint and frustrate you enough that you’ll want to really buy the full thing instead.

Granted, MKX mobile edition isn’t alone in this situation, as many console-turned-smartphone games can attest to. There are just some things that don’t translate well to a touch-only scenario. Take for example Injustice: Gods Among Us. A hit on console, it was only natural that Warner Bros, who happens to be the same company bringing MKX to mobile, wants it on smartphones as well. But the otherwise high-octane, button-mashing action of the game on consoles is reduced to swipes and taps on mobile. The game becomes mostly eye-candy and fan service. 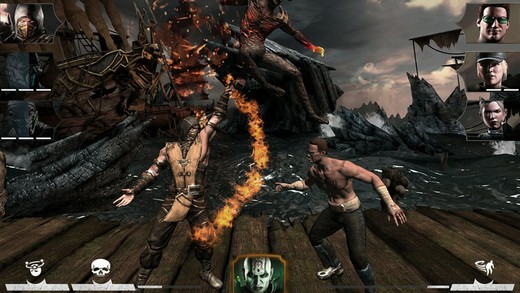 Mortal Kombat X on mobile is likewise limited to that much action. It even throws in some element of card collecting, as the heroes you gather into your team come in the form of cards. You build up a squad from the MKX full roster, but it doesn’t follow the game’s faction restrictions, as you can mix and match to your heart’s content. Battles are played out in 3 vs. 3 skirmishes, either with AI or with other players. Fortunately, this version of the game does have those “jaw dropping” x-ray injuries and fatalities, though the latter are reportedly limited to boss fights only. 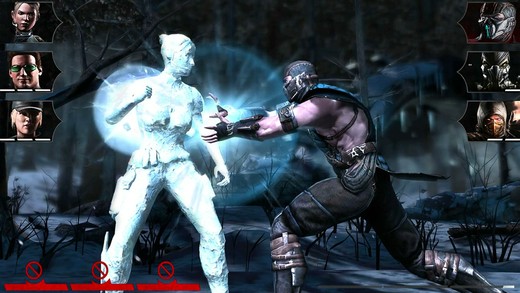 Mortal Kombat X is clearly more of a teaser and an appetizer for the console version than a standalone game designed to introduce you to the franchise. There is some integration with the console version, however, as some achievement on mobile can unlock certain rewards on the console, and vice versa. The game is free, but, like any mobile game these days, is laden with IAPs. At the moment, Mortal Kombat X is available on iOS only. An Android version is supposedly coming, though neither shadow nor trace of it has been spotted.