Today a big teaser was released (without a video, sadly) for Mortal Kombat 2021. This movie is a reboot, rather than a sequel to the first two films released in 1995 and 1997. This is also different from the series Mortal Kombat Legacy (the web series which was pretty neat in and of itself). Today the film spilled a few images ahead of the first trailer, which should be coming soon.

The imagery release today was delivered via Entertainment Weekly. Imagery was joined by an interview with Mortal Kombat director Simon McQuoid, who suggested that the film was currently in editing. The movie is “definitely not gonna get a PG-13 rating,” according to McQuoid.

The movie will get an R rating, thanks to the amount of several key elements which McQuoid clearly outlined. “Out of context this quote might seem incendiary, it’s not: The rules around rating aren’t what a lot of people think they are,” said McQuoid. “it’s amount of blood, it’s amount of red, it’s interpretation of how you go about it.”

“We had a lot of discussions about getting the balance right so there was gore and there was blood and there were fatalities,” said McQuoid. “And there is gore, blood, and fatalities.” 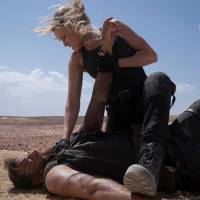 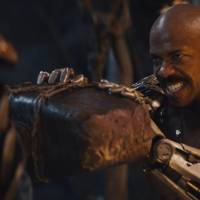 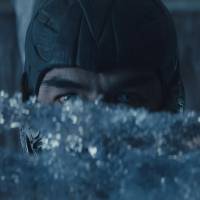 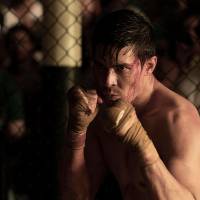 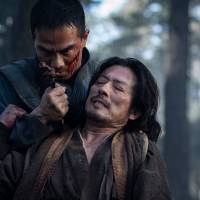 Above you’ll see imagery from the film. We’re seeing bits that we can’t imagine wouldn’t be in a Mortal Kombat film, including Sub-Zero, complete with an ice blade, Sonya Blade, Kano, and Jax. You’ll see the metal arms on Jax, which means we’ve likely skipped right over the bit where he needed to get said implants (or he’ll get said implants during the film). We see Kano’s red light eyeball, and Scorion – sort of.

The two men fighting are Hanzo Hashashi and Bi-Han, before the they became Scorpion and Sub-Zero, respectively. So it clear – this film’s going to cover more than a single day, or even a single year, of time in this realm.

There may be some changes made to the aesthetics we see here, but given what we’re seeing, we’re led to believe that the movie will actually, truly be released when the current “official” release date suggests: April 16, 2021. That’s both in theaters, on the big screen, AND on HBO Max, at the same time, with a release date of April 16, 2021.