We thought the subject of the research published this week seemed familiar. Back in the year 2016, SlashGear featured a story on the possibility that ancient monkeys crossed a large body of water to move from one continent to another. Now, here in 2020, a new finding ancient monkey teeth has a completely new set of researchers suggesting that a different set of monkeys ALSO made a trip across a large body of water to live in a new land.

The 2016 report worked with a set of teeth from the species Panamacebus transitus, found near the Panama Canal. The age of the teeth puts the monkey in a region that was, at said time, part of what’s now North America, separated from South America by 100 miles of water. 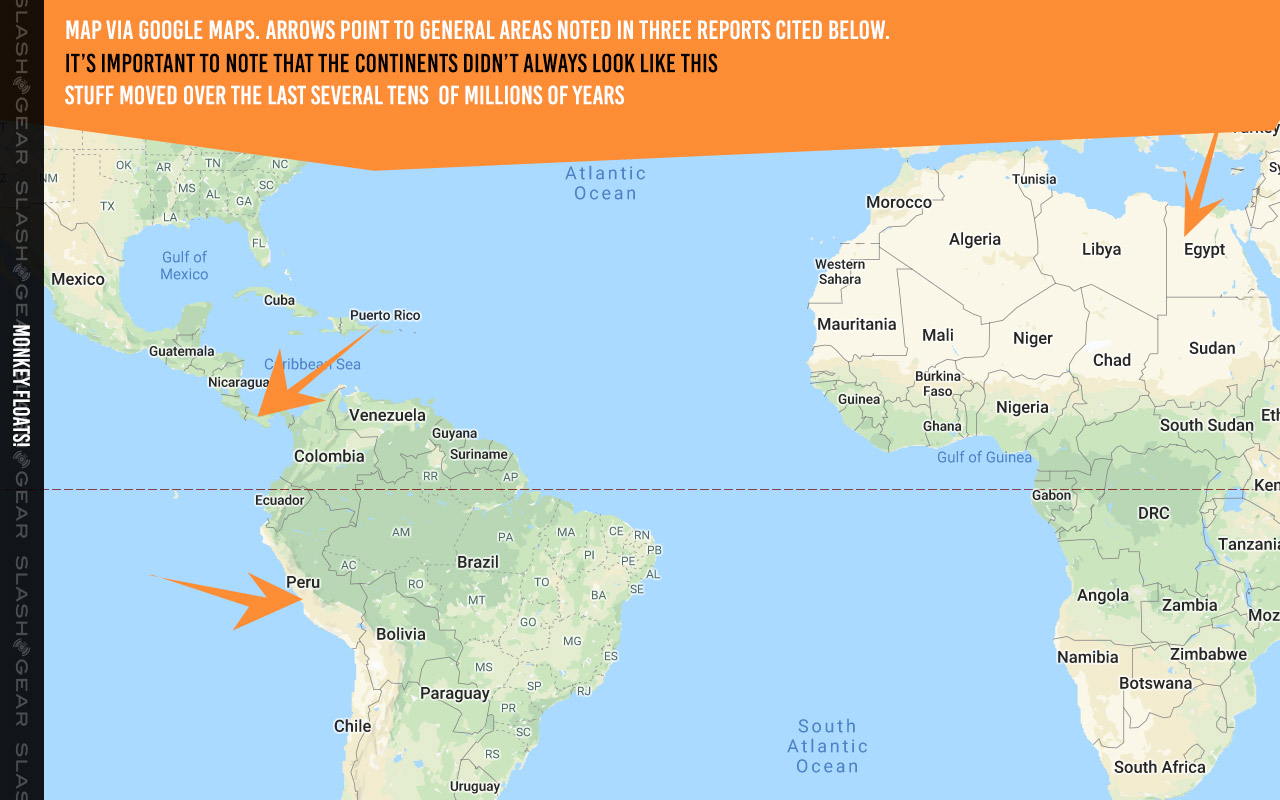 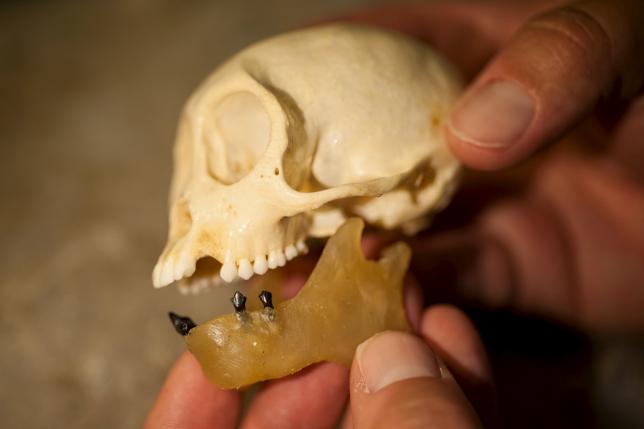 The next-most-recent trek of a mammal across that stretch was the South American giant ground sloth around 9 million years ago, then the Isthmus of Panama started to form around 3.5 million years ago… and it was a bit of a free-for-all.

Another bunch of monkey teeth were reported on in the year 2020. This latest report showed a set of teeth discovered in Ucayali (Santa Rosa), Peru. The teeth belonged to a monkey called Ucayalipithecus perdita. These teeth looked familiar to researcher Erik Seiffert. 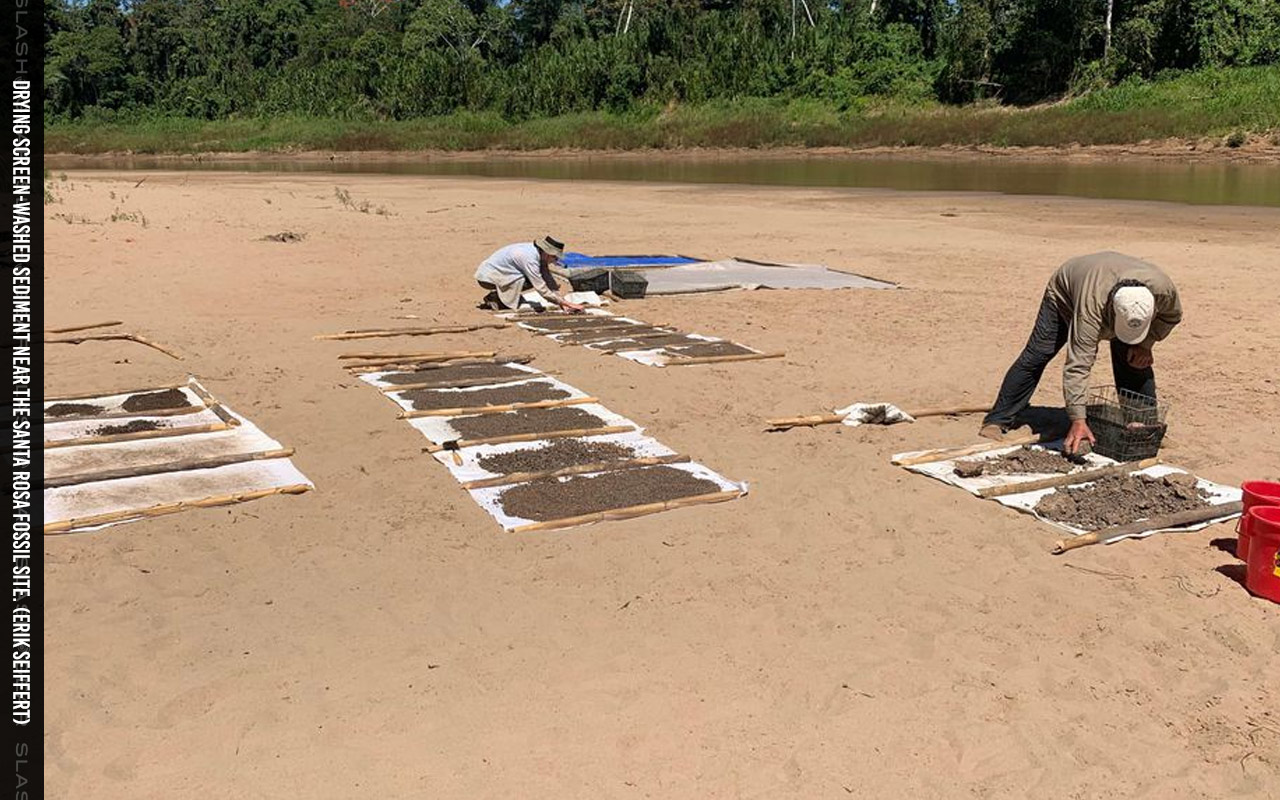 Teeth found in the Peru report resembled those uncovered by a crew with which Seiffert worked in Egypt in a report published in 2001. For more information about that report, see Earliest Record of a Parapithecid Anthropoid from the Jebel Qatrani Formation, Northern Egypt authored by Elwyn Simons, Erik Seiffert, et al. Published in Folia Primatologica 72(6):316-31 November 2001, with code DOI:10.1159/000052748. NOTE: The image of teeth at the head of this article comes from that earlier report.

Per this latest study, “Bayesian clock–based phylogenetic analysis nests this genus (Ucayalipithecus) deep within the otherwise Afro-Arabian clade Parapithecoidea and indicates that transatlantic rafting of the lineage leading to Ucayalipithecus likely took place between ~35 and ~32 million years ago, a dispersal window that includes the major worldwide drop in sea level that occurred near the Eocene-Oligocene boundary.”

So we’ve got one monkey migration that took place 32 million years ago from what’s now Africa, across Antarctic ice sheets, all the way to what’s now Peru – hundreds of miles of water away. Another possibility they posit is that the monkeys could have made this 900-mile trip across water on floating rafts of vegetation. Then about 10 million years later, another monkey made its way from somewhere in South America 100 miles away up to North America. Monkey history is very strange and potentially very frightening, to be sure.

You can learn about this most recently published report on the monkey teeth in Peru in the paper A parapithecid stem anthropoid of African origin in the Paleogene of South America right now. The paper was authored by Erik Seiffert et al. This research can be found with code DOI:10.1126/science.aba1135 having been published on April 10, 2020, in Science, Vol. 368, Issue 6487, pp. 194-197.