Mopar is a part of the Stellantis automotive company that offers accessories for just about every brand of vehicle that falls under that corporate umbrella, including Dodge. For over a decade, Mopar has supported low-volume, factory-backed vehicle customization delivering vehicles that look as if they have been individually customized without buyers having to go through any of the customization steps themselves. Dodge and Mopar have announced the Mopar ’22 Dodge Durango, a limited-production SUV featuring a package of performance parts and accessories directly from the Mopar Custom Shop.

The vehicle is being launched in 2022 to celebrate the 85th anniversary of Mopar. The benefit of parts and custom accessories from Mopar for vehicle buyers is that the parts are all factory tested and covered by a factory warranty. Mopar is making the special edition package available exclusively on the 2022 Durango R/T AWD fitted with the Plus Group and Tow N Go Package. Mopar points out that some of the exterior and interior features on the vehicle are only available on the Mopar ’22 Durango.

The SUV is available in DB Black or White Knuckle exterior colors. Whichever color the buyer chooses, they get an offset asymmetrical Mopar Blue stripe running along the driver side of the vehicle running from the front bumper to the rear bumper. The model also gets a blue Mopar front grille badge and Mopar Blue Brembo brake calipers. 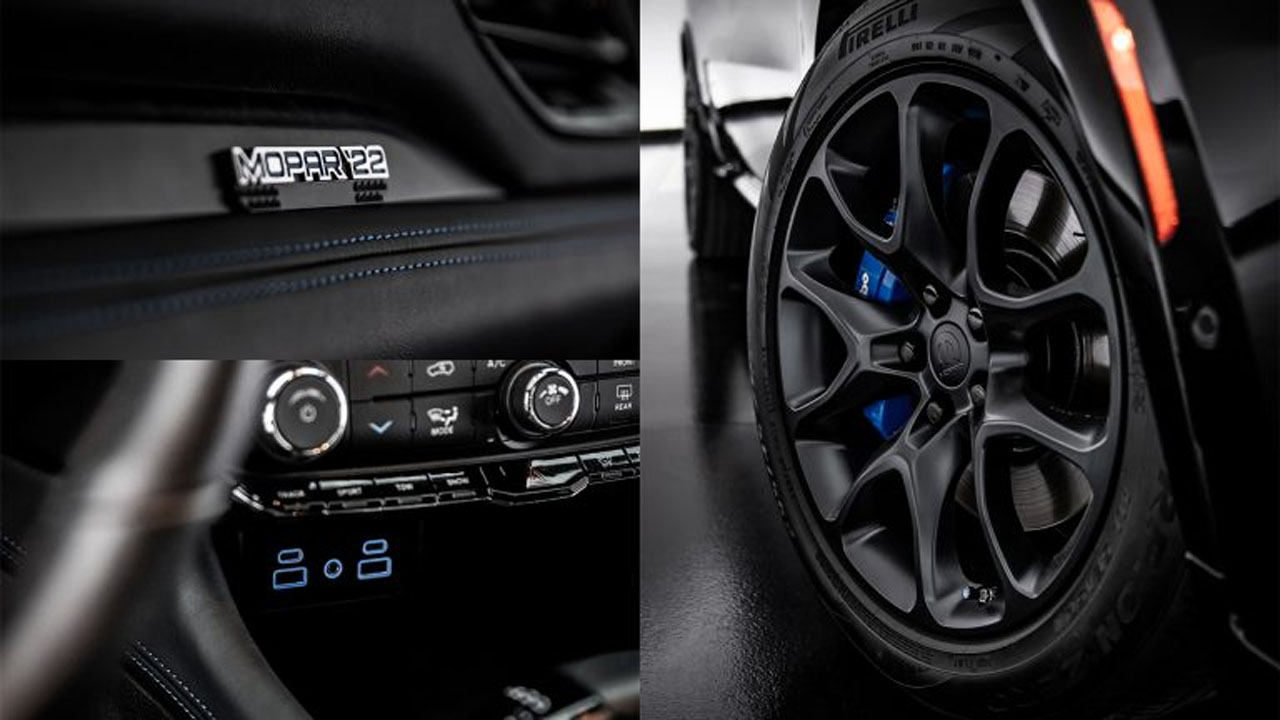 The SUV interior features a Mopar ’22 badge on the instrument panel with its serialized build number. Seats inside the vehicle are leather and suede-covered and have a two-tone Mopar logo embroidered on the seatback. Other interior touches include Mopar blue accent stitching on the seats, instrument panel, center console, and doors. In addition, the brake and throttle pedals feature a Mopar pedal kit, and the floors have all-weather floor mats. 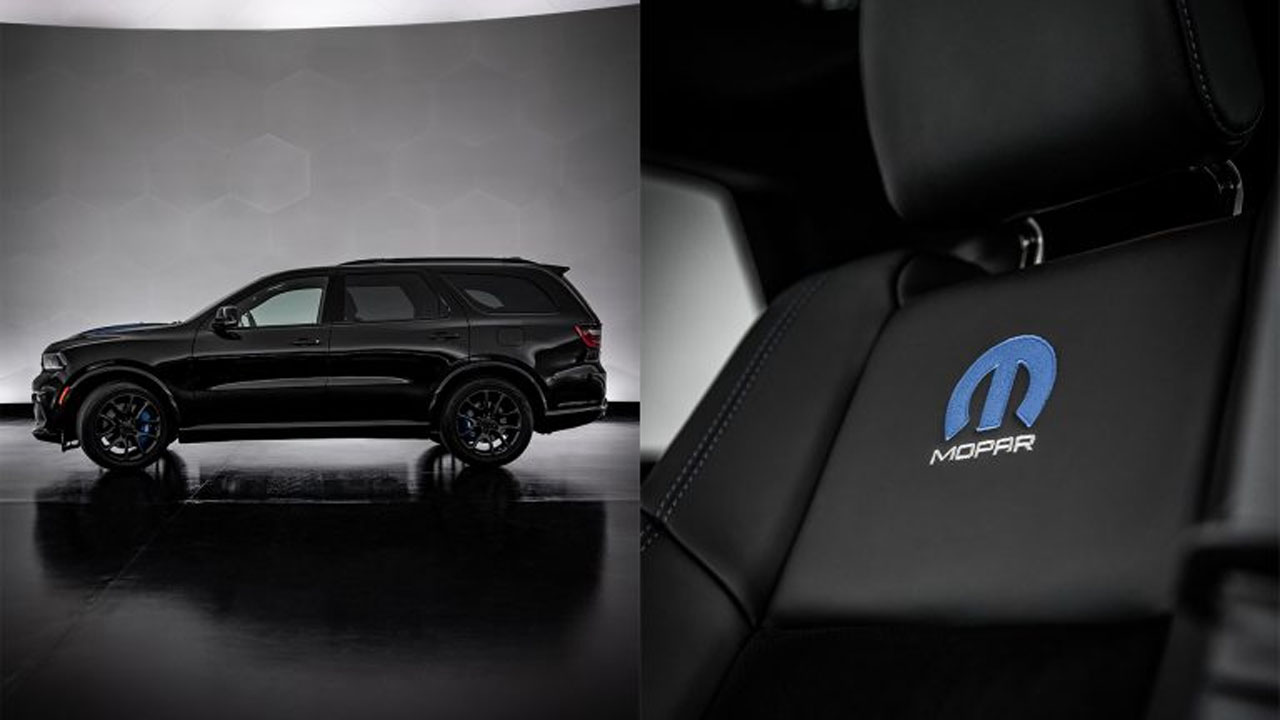 Since we can no longer get the supercharged Hellcat V-8 engine under the hood of a Durango, the Mopar ’22 Durango features the 5.7-liter HEMI V-8 engine producing 360 horsepower paired with an eight-speed automatic transmission. The Mopar ’22 Durango is only available with the Tow N Go Package, allowing it to tow 8700 pounds. The vehicle has an increased top speed of 145 mph and has Track, Sport, Snow, and Tow drive modes to suit the driving conditions.

A special SRT performance exhaust improves the sound of the V8 engine giving it a muscle car-like rumble. Other special features for the SUV include Performance Pages, SRT active noise cancellation, electronic limited-slip differential, and special SRT active damping suspension. The vehicle rolls on black “Lights Out” wheels that are 20-inches in diameter and 10-inches wide. The large wheels are paired with a one-inch lowering kit that makes the SUV look better while improving handling and cornering. 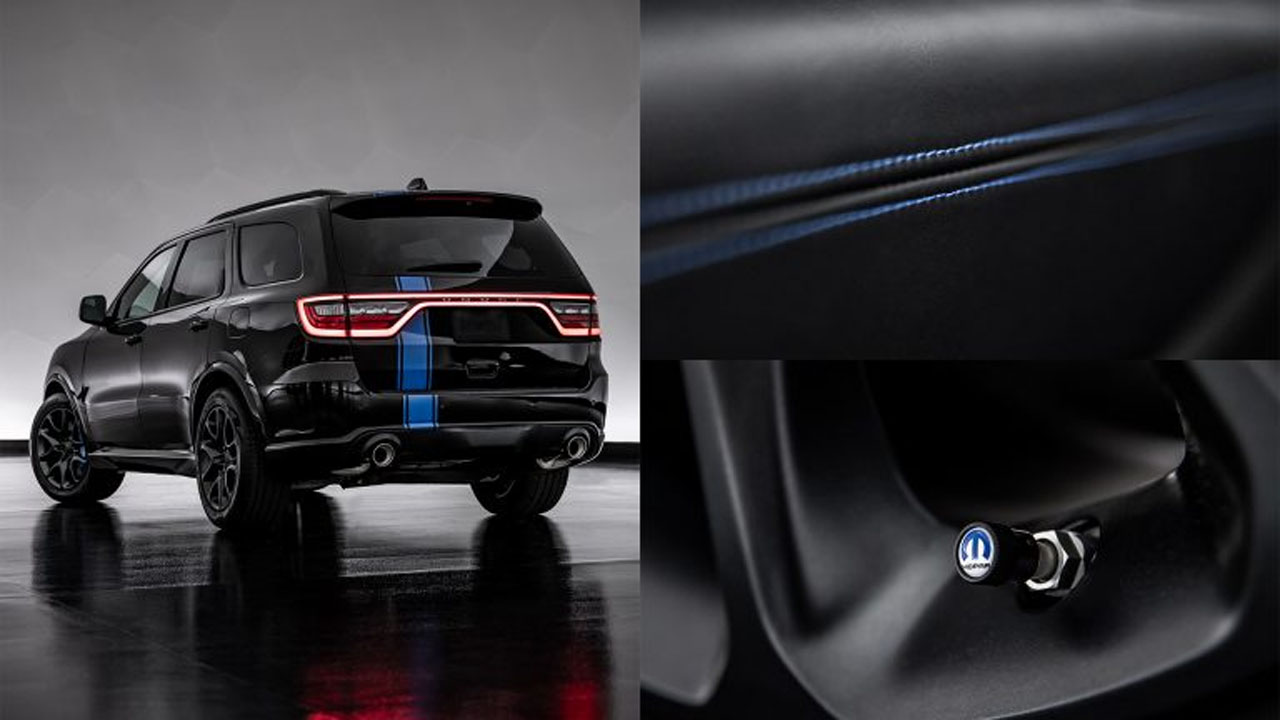 The first of the Mopar ’22 Durango SUVs will arrive in Q1 of 2022 in the US. Canadian Mopar fans will find the SUV at some dealerships in Canada during the summer of 2022. Only 250 units will be built, with 200 destined for the US and 50 for Canada. Buyers also get a Mopar ’22 owner kit with a custom personalized metal certificate of authenticity with the serialized vehicle build number and a rendering created by the Mopar Design team. Unfortunately, there is no mention of how much the vehicle will cost.