Earlier this week, Hasbro announced a strange Monopoly variant. Dubbed Monopoly Longest Game Ever, this variant takes the core complaint that most people have about Monopoly – that games last too long – and turns it into a mechanic. With 66 properties and a win condition that ensures most people will never finish a game, Monopoly Longest Game Ever definitely had us scratching our heads. 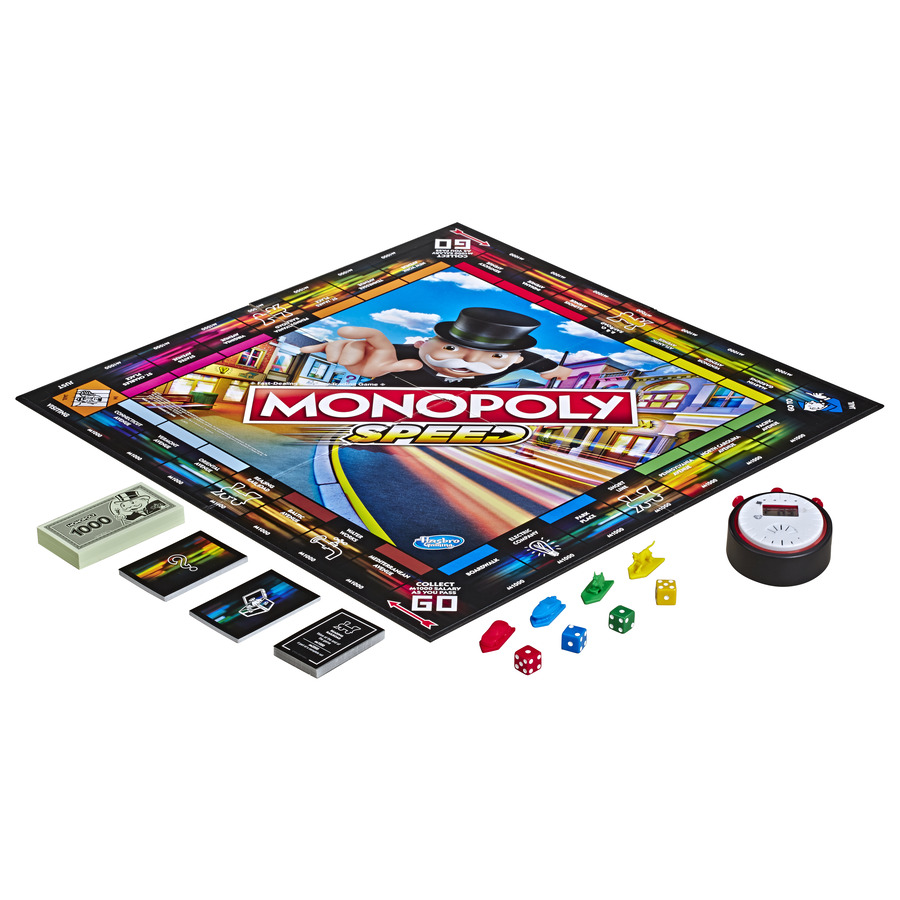 Games of Monopoly Speed are split into 4 different rounds, with a timer ticking down as each round plays out. The game board has been outfitted with two Go spaces as well, ensuring that every player always has a regular influx with which to buy properties. Further cutting down on overall match length is the fact that each round has a buying stage, where players all roll and buy up properties at the same time.

The game comes with four tokens that each have a matching single die, which means that the double dice of traditional Monopoly are out with this release. Hasbro even says that players can get out of jail for free, so apparently going to jail in Monopoly Speed could become a viable way to navigate the game board faster.

Hasbro says that Monopoly Speed will be available at most major retailers across the US for $19.99 – the same price that the company is charging for Monopoly Longest Game Ever. With that in mind, you could pick up both as a Christmas present and see which one is a bigger hit with the family, though we can probably already guess which variant will take home the crown.