It’s not a bird, and it’s not a plane. This strange and unique object is the newest 3D-printed instrument from Monad Studio by Eric Goldemberg and Veronica Zalcberb. The sculptural instrument is a part of their Abyecto series, which explores the relationship between sound and art. The design project takes its name, Abyecto, from the word abject which means wretched or deplorable. Showcased here is their 3D-printed, piezoelectric violin. It appears almost alien in nature, but it is designed to be played in the same way as a conventional violin.

These instruments don’t seem abject at all. Perhaps this doesn’t look like an ordinary violin, but the purpose of this project is to challenge the audience’s views on what an instrument truly is. This violin isn’t just for looks, it’s an actual instrument with some sleek new changes. Instead of a traditional violin’s four strings, this 3D-printed version only has two.

This unusual violin will join four other atypical instruments including a one-stringed guitar, the “Monobaristar.” These instruments will be mounted on a 3D-printed mural which is designed to project sound to handheld sonic transducers help by the artists. Participants will also be able to take transducers, hold them up to the sculpture, and examine the various sounds produced by different shapes of the sculpture.

Abyecto Sonar Experience be featured in the New York 3D Print Design show on April 16th and 17th. Check out a video of their 3D-printed sonic sculptures in action. 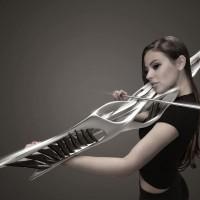 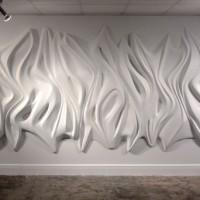 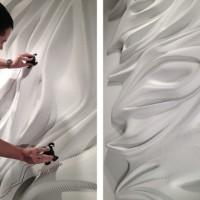 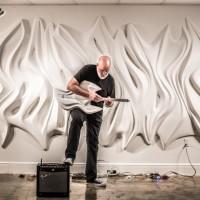