Gameloft is certainly no stranger to the high-end mobile gaming scene. They’ve been releasing some of the top games for Android and iOS for a long time and today they’ve just issued a teaser for what could be their best game yet. The popular Modern Combat series is getting its 4th iteration, and the graphics look so good we’re amazed this is for a mobile device. Lets take a peek!

Gameloft has seen huge success on both iOS and Android with Modern Combat, as well as other games such as their acclaimed Asphalt racing series. They recently announced their new Unreal Graphics Engine powered Wild Blood, but this latest game looks even better. All those iPhone 5 owners can get excited knowing this game will look amazing on that 4-inch Retina display.

Impressive right? It certainly leaves you wanting more, that is for sure. I couldn’t help but feel a certain Call of Duty or Black Ops feeling while enjoying the trailer, but either way we still completely enjoyed it. Gameloft has continued to push the edge for mobile games and this looks to be no different. 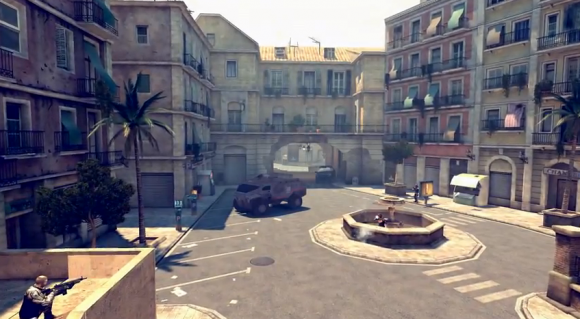 Modern Combat 4: Zero Hour looks to set the bar for first person shooter games on both iOS and Android if you ask us. Those graphics look impressive for a mobile device, or any device for that matter. While we don’t have any additional details from Gameloft the video does unveil that we can expect to see this epic new FPS hit the iPhone, iPad, and Android this fall.