Back in 1997, we were graced with one of the weirdest additions to the Star Wars franchise. No, I’m not talking about Sy Snootles getting a CGI makeover. Rather, I’m talking about the release of Star Wars: Masters of Teräs Käsi for the original Playstation. It was a bizzare fighting game that frankly, was pretty terrible, with its only redeeming quality being that it was something new with Star Wars on it.

I’ve always thought that it would be interesting to see a Star Wars fighting game that wasn’t so terrible. With the right engine and programming, it would be fun to fight with friends as the various characters in the universe. The closest substitute my friends and I could manage was loading up Jedi Academy and fighting with sabers and force powers. As it turns out, we were on the right track, but someone else has done a far better job of turning Jedi Academy into a 1v1 fighting game.

Jedi Fighter is a mod for Jedi Academy that quite literally turns the game into a 1v1 fighter much like Street Fighter, or Soul Calibur. You’ll be able to choose from one of 10 different characters, and go at it with lightsabers. No, lightsabers aren’t the one-hit-kill weapons that they should be. But that would make for some pretty short matches. 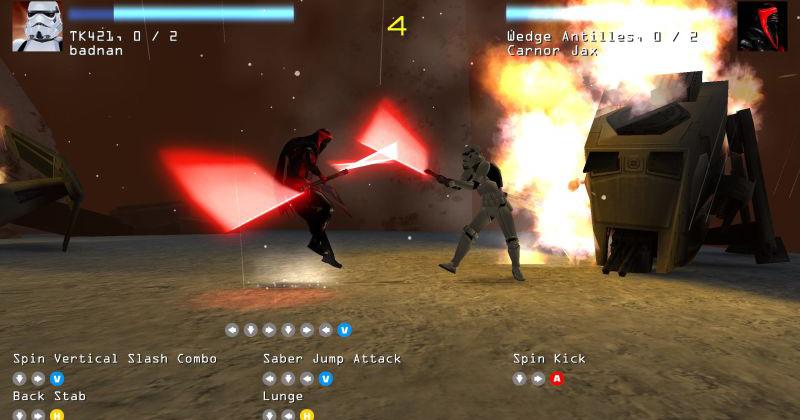 The mod is currently in beta, but if you have Jedi Academy sitting in your Steam library, it would be worth a shot to check it out. Just head over to ModDB and download the mod, along with OpenJK, both of which are necessary to run the fighter.