Although it has been on the smartwatch market for quite a while now, Mobvoi’s name really peaked last year when it launched what was then the first and only smartwatch that used Qualcomm’s latest Snapdragon Wear 4100. Although it dashed hopes that the company would immediately announce Wear OS 3 upgrades for its most recent models, it still might be one of the first on that track next year. To further widen its reach, it is launching the new TicWatch Pro 3 Ultra GPS, which, despite being a mouthful, is confusingly similar to the TicWatch Pro 3.

Mobvoi bills the TicWatch Pro 3 Ultra GPS as a more rugged version of the TicWatch Pro 3 GPS but oddly lists nearly the same properties that made last year’s model similarly durable. That includes the MIL-STD-810G certification, IP68 dust and water resistance rating, and stainless steel case. There’s also built-in GPS, of course, so you can confidently take it anywhere with you, especially if you get an LTE model.

In terms of specs, Mobvoi is also boasting a modification to the Snapdragon Wear 4100 that adds a custom dual-processor system that goes hand-in-hand with its dual displays. This chipset sounds almost similar to what the Snapdragon 4100+ uses, which was probably the source of confusion with earlier leaks. It also gets 1GB of RAM and 8GB of storage for your apps and music. 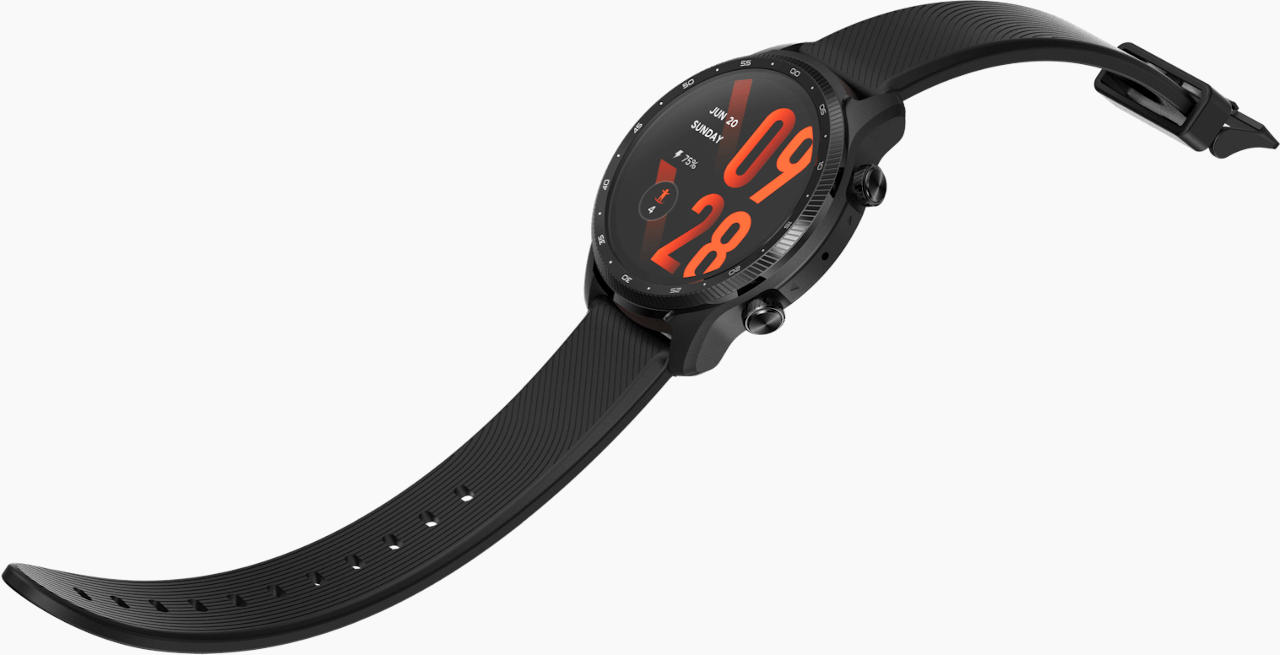 Of course, no fitness-centric smartwatch will be complete without a plethora of sensors to keep track of your activities and body. In addition to what is now a standard heart rate monitoring, the TicWatch Pro 3 Ultra GPS also comes with irregular heart beat (IHB) and atrial fibrillation (AFib) detection as well as all-day blood oxygen (SpO2) monitoring. For personalization, Mobvoi goes beyond just watchfaces even lets users pick a backlight color of their preference.

The Mobvoi TicWatch Pro 3 Ultra GPS is now available for $299.99 and comes in only one Shadow Black color option. The company notes that the smartwatch runs Wear OS but doesn’t mention which version. It is most likely using Wear OS 2 but could be eligible for an upgrade to Wear OS 3 next year, just like other smartwatches powered by the Snapdragon Wear 4100.