A convincing report arguing that mobile broadband, free business-subsidized WiFi, and tablets are sucking the life out of American cable and broadcast TV networks has appeared on Business Insider. While this in itself may not be news to our readers, the nitty gritty details and the statistics to back it all up should confirm what you might already suspect. TV watchers, movie buffs and sports fans are no longer anchored to a physical home.

First off, TV ratings have been declining for years. Prime time cable and broadcast viewing has seen only negative growth since Sept. 2011, with the 2012 Olympics being the only growth spurt. Prime time viewing for the Big 4 broadcast networks (ABC, CBS, NBC and FOX) has steadily declined from 6.1 million in 2007 to 5.7 million in 2012. Even World Series and NBA Finals games have seen declining TV viewers.

Fewer and fewer people are interested in TV first, broadband second. It’s now trending towards the opposite. Cable subscribers dropped from 44.5 million in early 2010 to 40 million as of right now, while telecoms like AT&T and Verizon are gaining more and more of the pay TV market share. 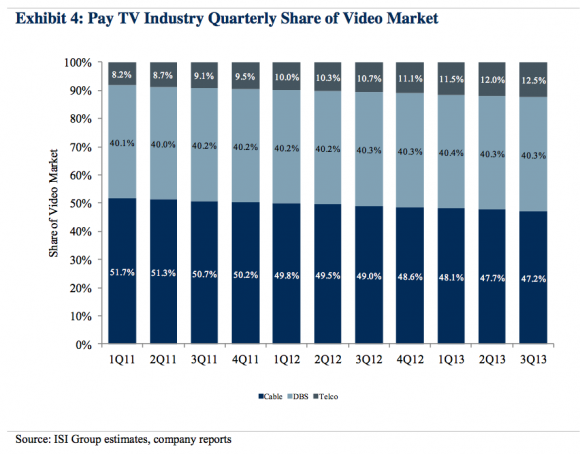 In fact, as of 2011, fewer and fewer people even watch TV at all in their homes, even though the number of homes is growing. Meanwhile, mobile video viewing is exploding. Is the connection between those two facts becoming obvious yet? 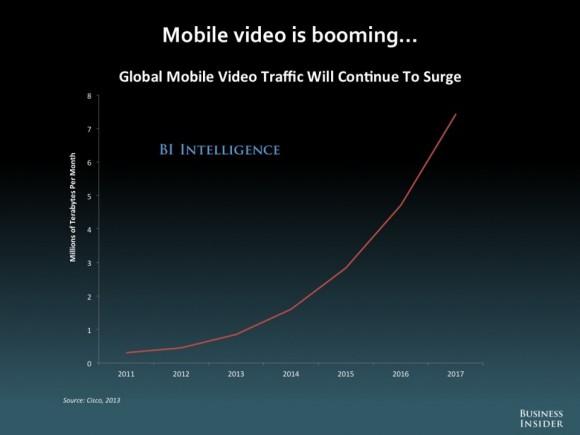 The report offered two additional explanations for the decline in TV, other than mobile broadband itself. The first is tablets, known in the industry as “vampire” media because they are most often used at night–but also because they’re drinking the blood of cable and broadcast TV companies. 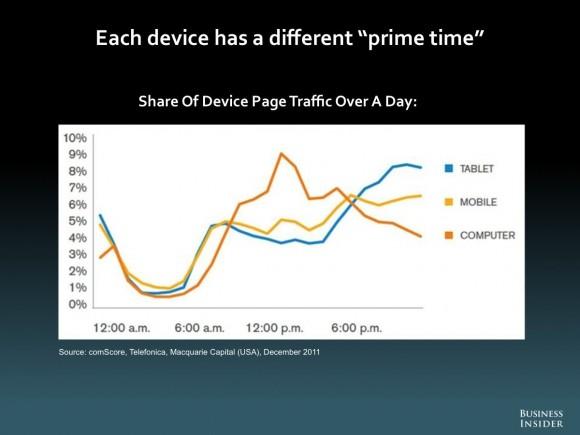 The second additional explanation, which may be a little shaky but still worthy of mention, is the proliferation of free Wi-Fi access. People can watch TV shows and other video at schools, business, restaurants, and so on. Also, dozens of cities have implemented city-wide free Wi-Fi, which reduces the need for broadband connections of any kind. Facebook and Cisco have even teamed up with various businesses to offer free Wi-Fi to anyone who checks in to Facebook from those businesses. A hotspot map for Jersey City, for example, looks like this: 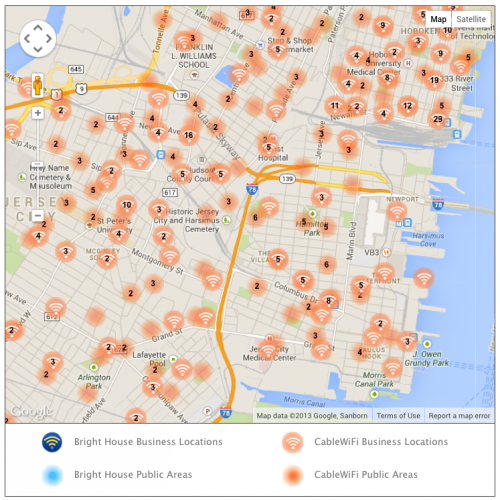 Do you think TV and cable companies are on their way out? Or do you think they’ll be able to continue to fully and successfully adapt their technology and advertising models to the ever-expanding mobile world–thus saving their own skins? Let’s hear some prophesies.